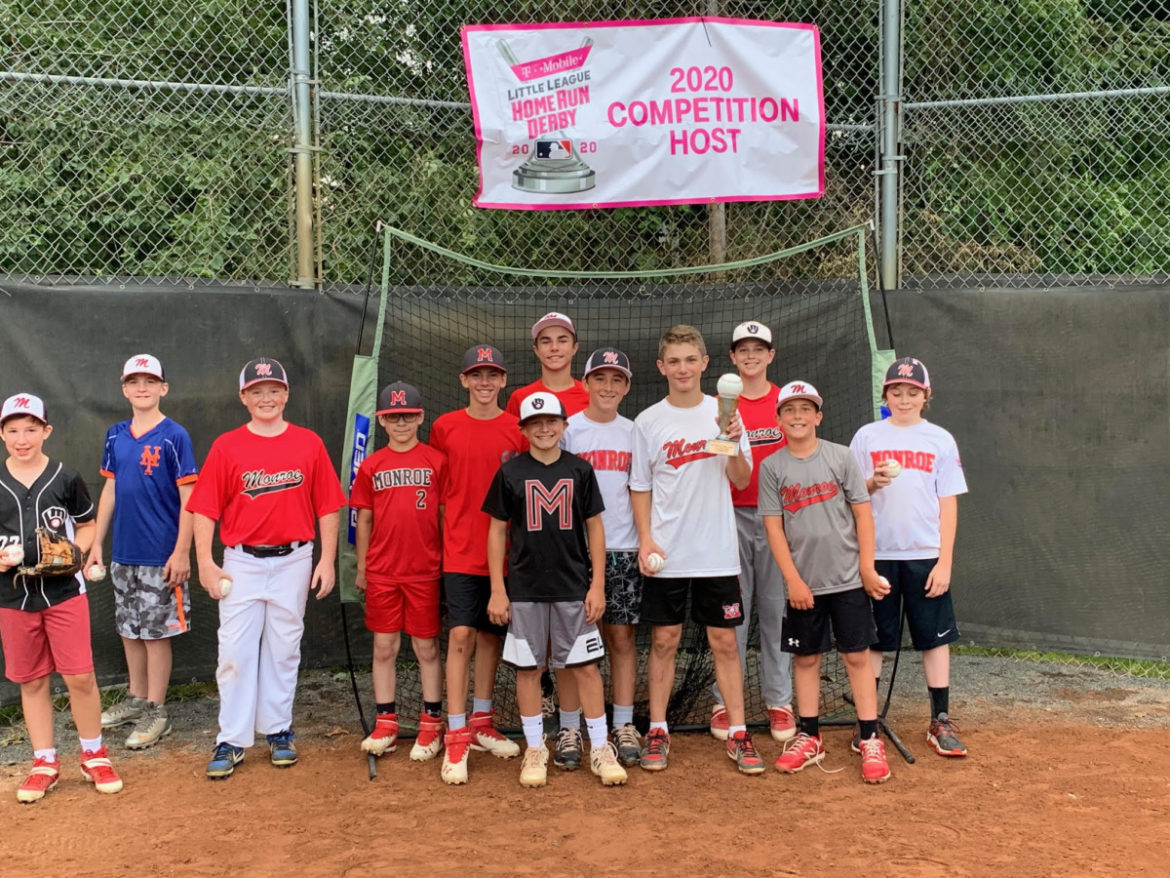 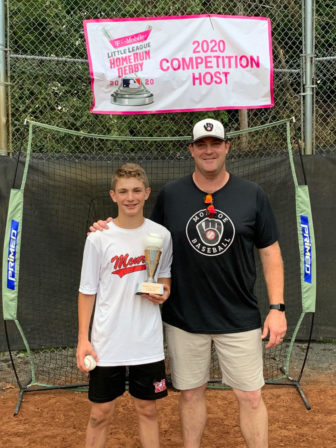 Connor Fulchino, left, holds the trophy after winning Friday’s home run derby. He is with his father, Jeff, who is the Monroe Little League Travel director.

The friendly competition was held among the league’s 12-year-old baseball players, who are playing in their last season.