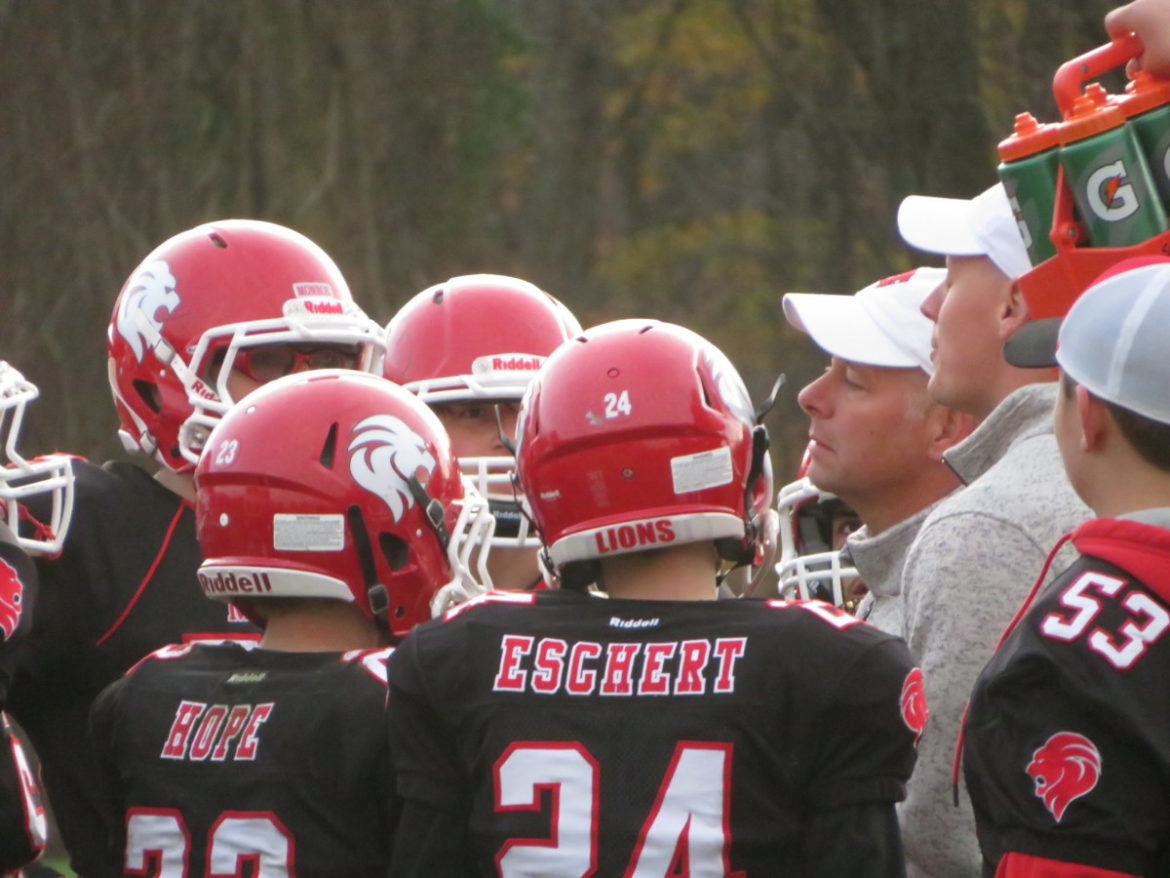 Lions Head Coach Joe Kobza talks to his players during a break in the action, during Sunday's playoff win over Torrington.

Jason Champagne broke away for a 67 yard touchdown run, then Rob Klein lofted a 39 yard scoring pass to Colin Hope to give the Monroe Lions a 14-0 first quarter lead against the Torrington Warriors in a home playoff game at Wolfe Park Sunday. An 18-yard touchdown run in the third quarter allowed the Warriors to pull within seven points, but the Lions hung on to win 20-7.

The Lions will advance to the Shoreline Youth Football Conference Championship Game next weekend against the winner of Sunday’s game against Newtown and Glastonbury.

“It’s such a huge turnaround for these guys,” Lions Head Coach Joe Kobza said. “We had one win last year. These kids showed a lot of character the past two years.”

The Lions improved their overall record to 6-3 Sunday, 7-3 if Monroe counts a forfeit from the last week’s opponent.

Against Torrington Sunday, an illegal man downfield penalty wiped out a Lions’ touchdown pass that would have given them a 20-0 lead in the second quarter.

After Torrington cut the Lions’ lead to 14-7 with 6:27 left in the third quarter, the Lions’ offense marched right down the field, before their drive ended with a lost fumble at the Warriors’ 42-yard line.

On third and five from their own 46, the Warriors ran up the middle, but Lions linebacker Luke Benway stripped the ball from Torrington’s running back and ran to the 38-yard-line — stopping the Warriors’ momentum.

The Lions iced the game with 8:06 left in the fourth quarter, when Klein completed an eight yard touchdown pass to Hope, giving the Lions a 20-7 lead.

“It was a nail biter,” Kobza said. 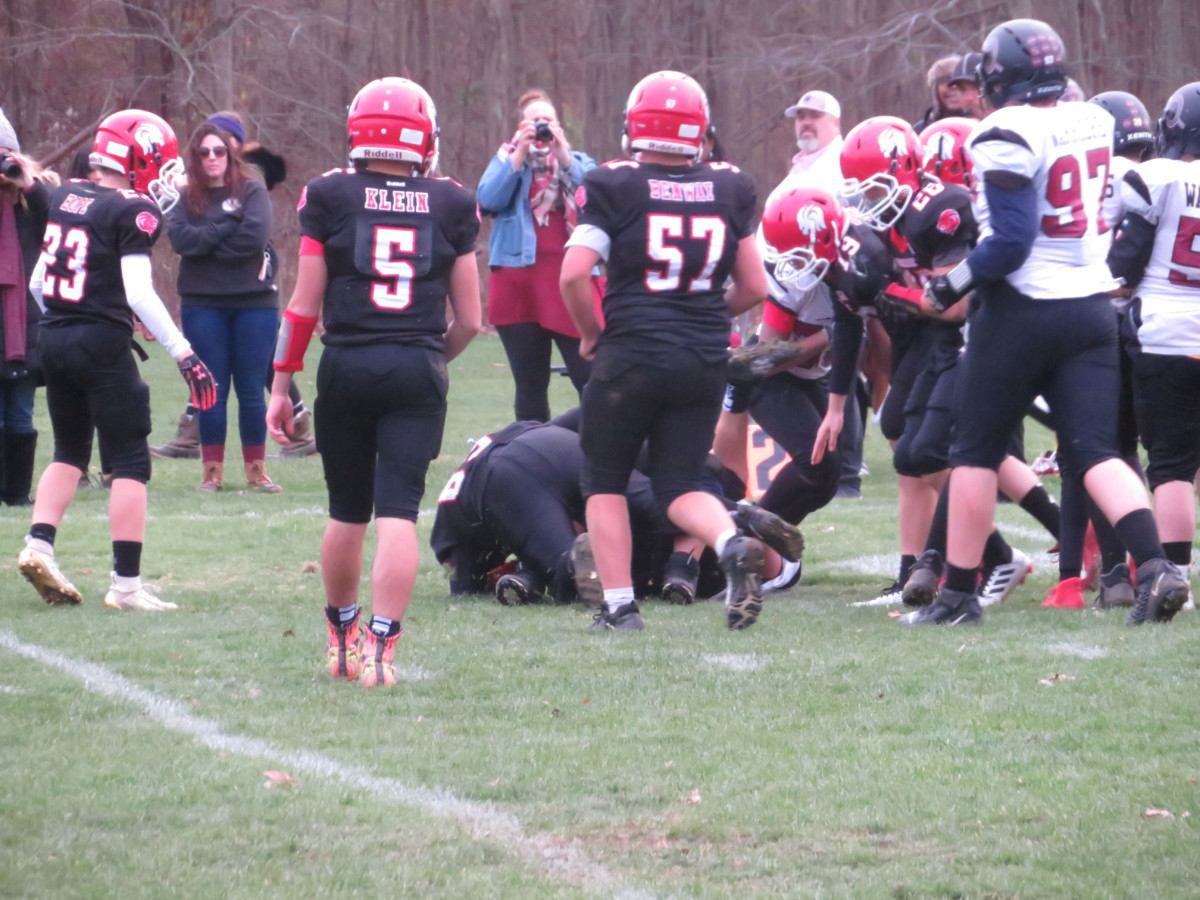 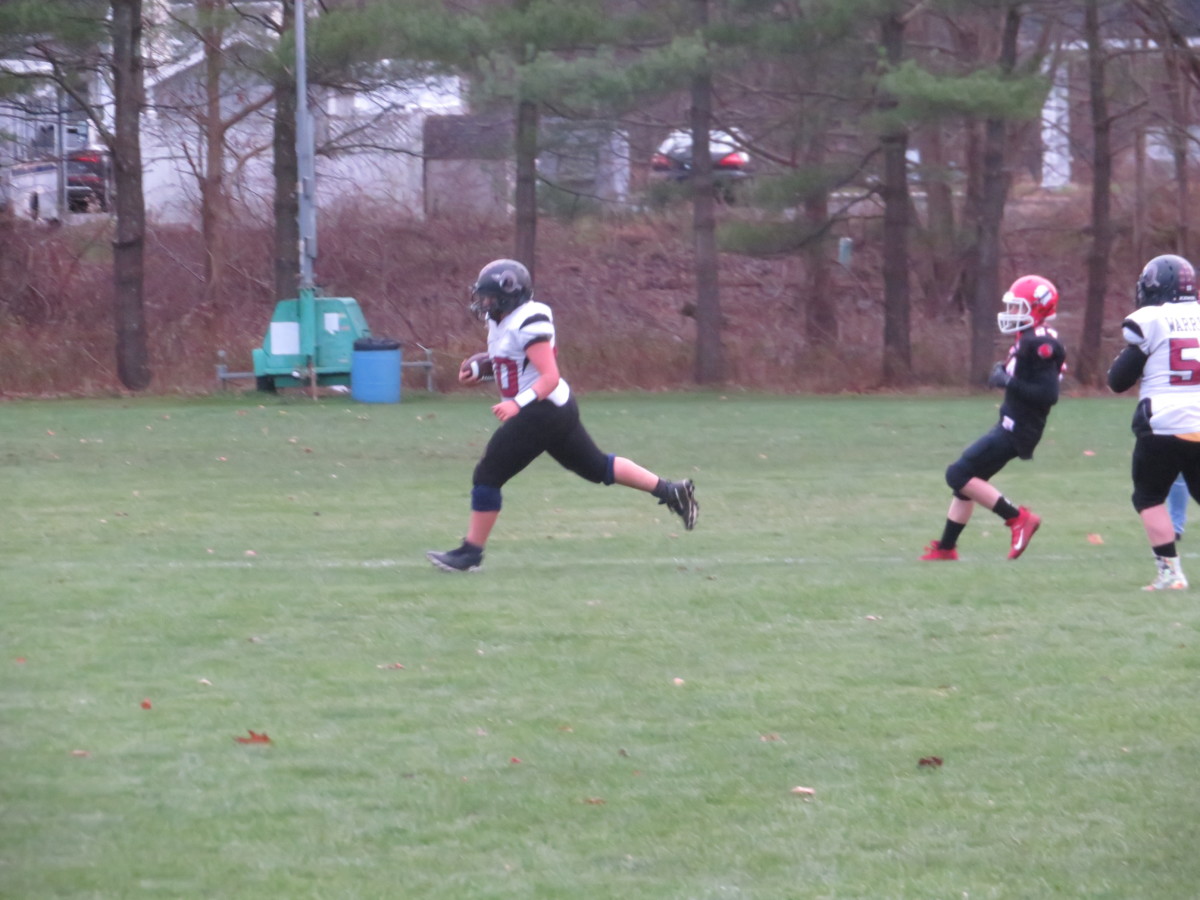 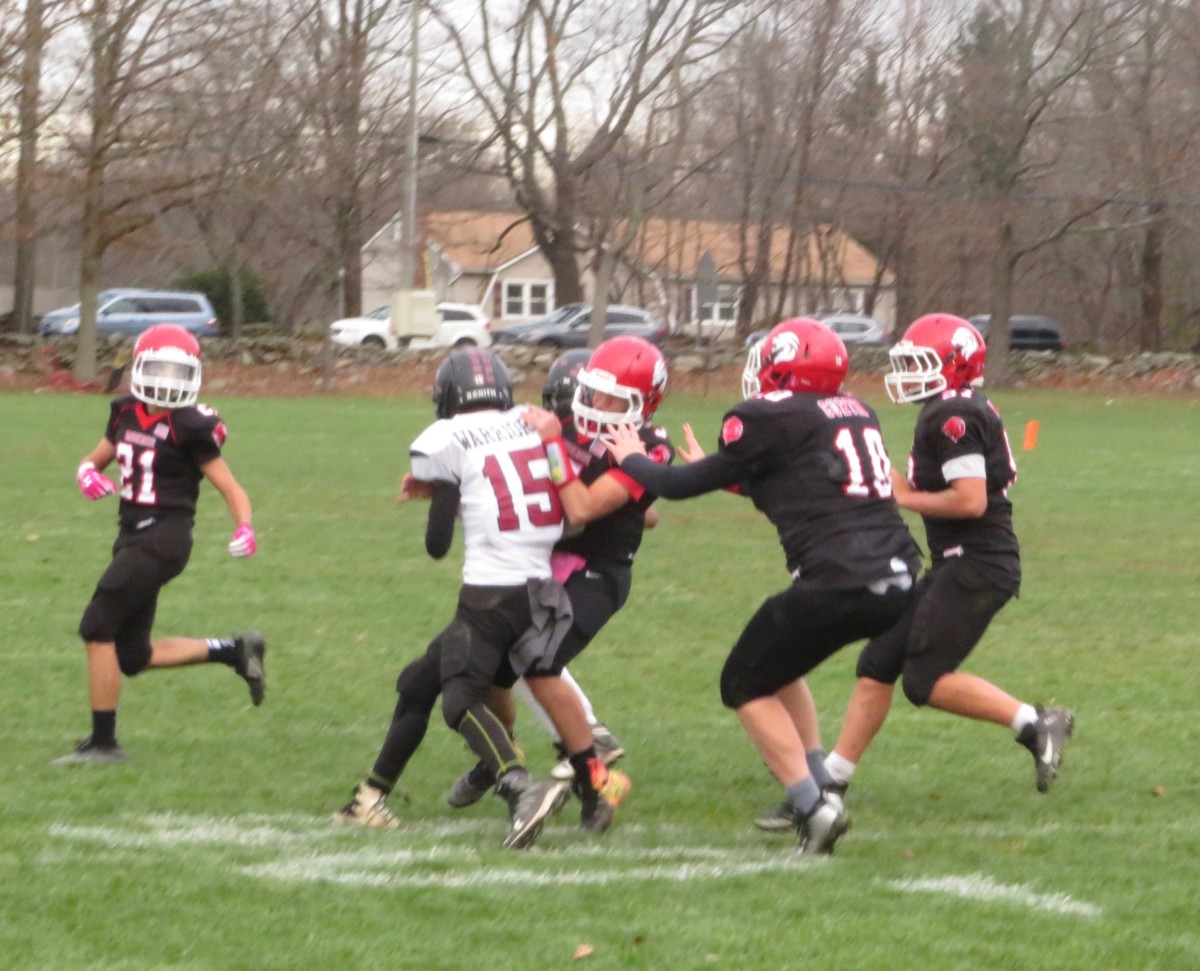 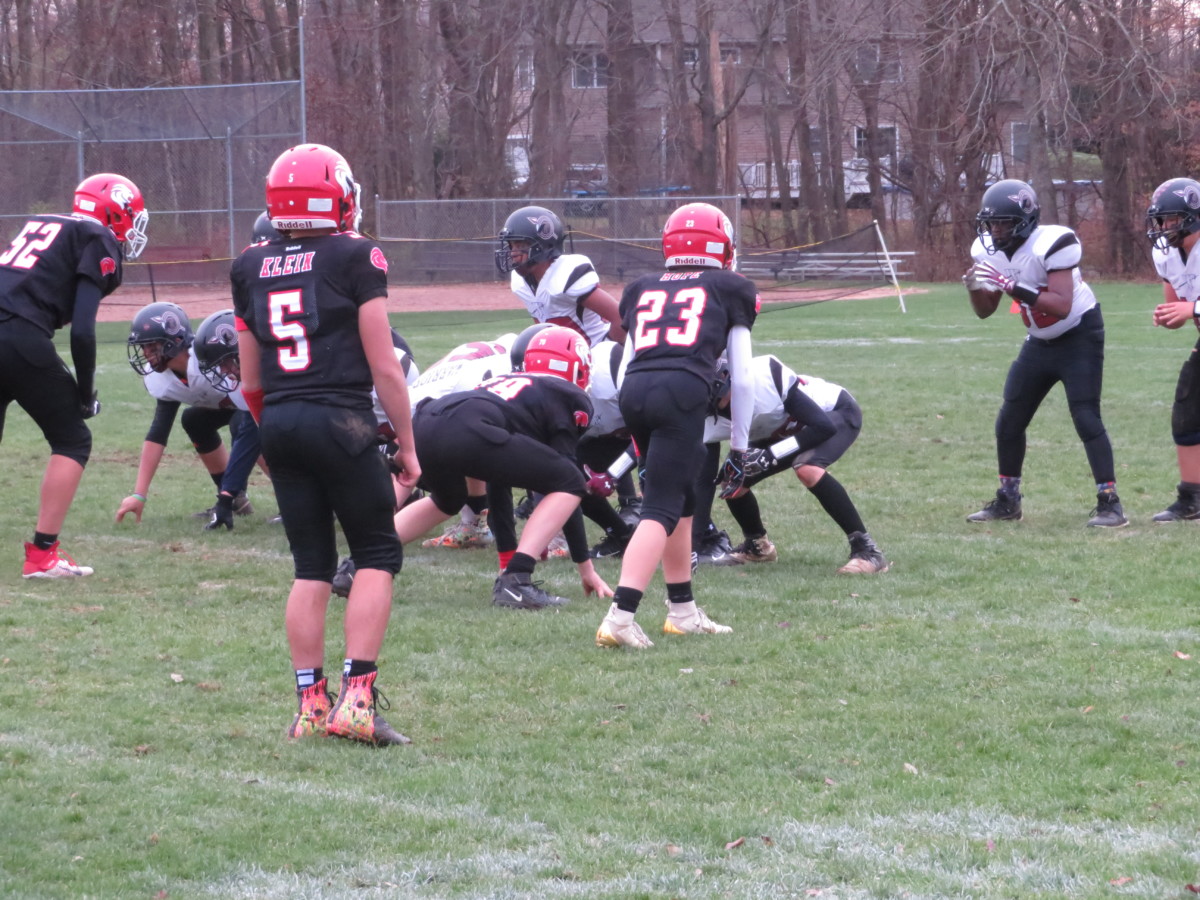 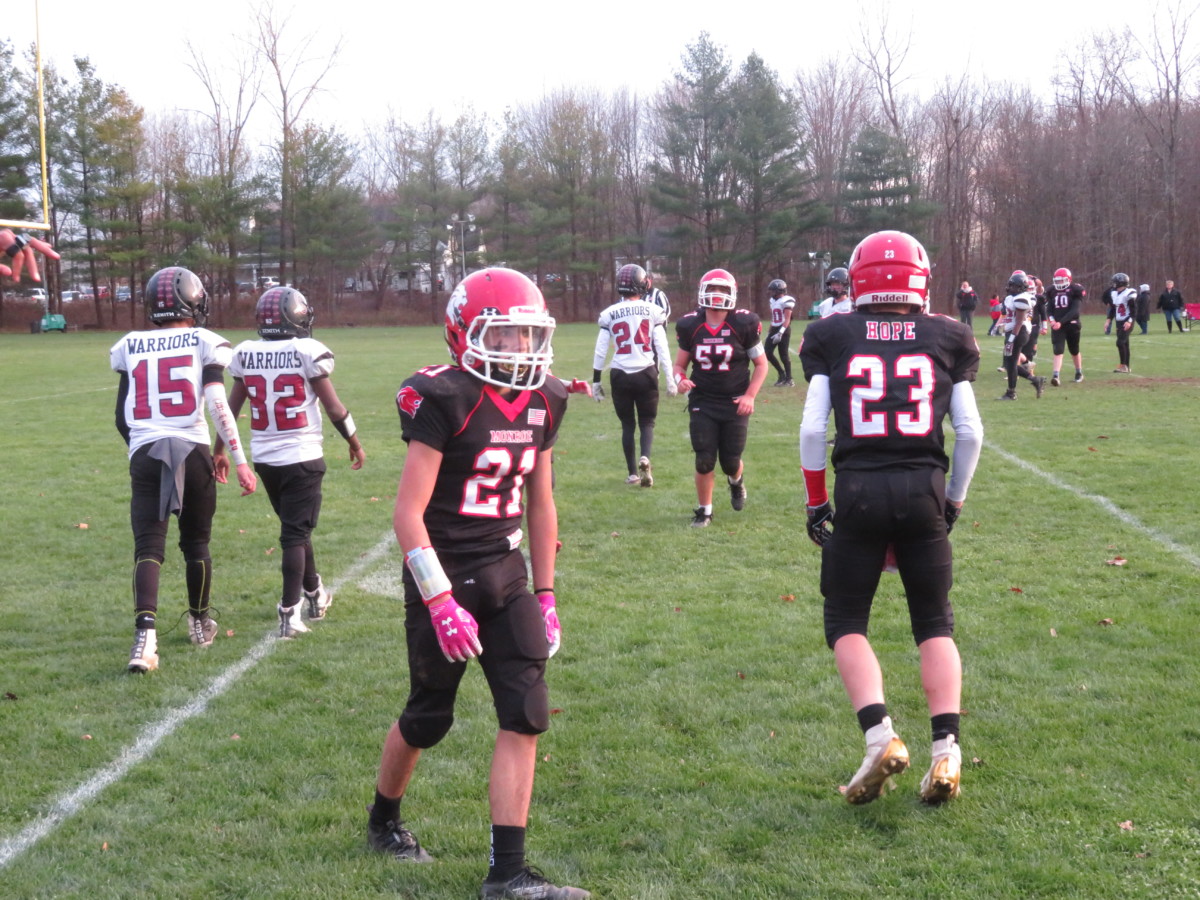 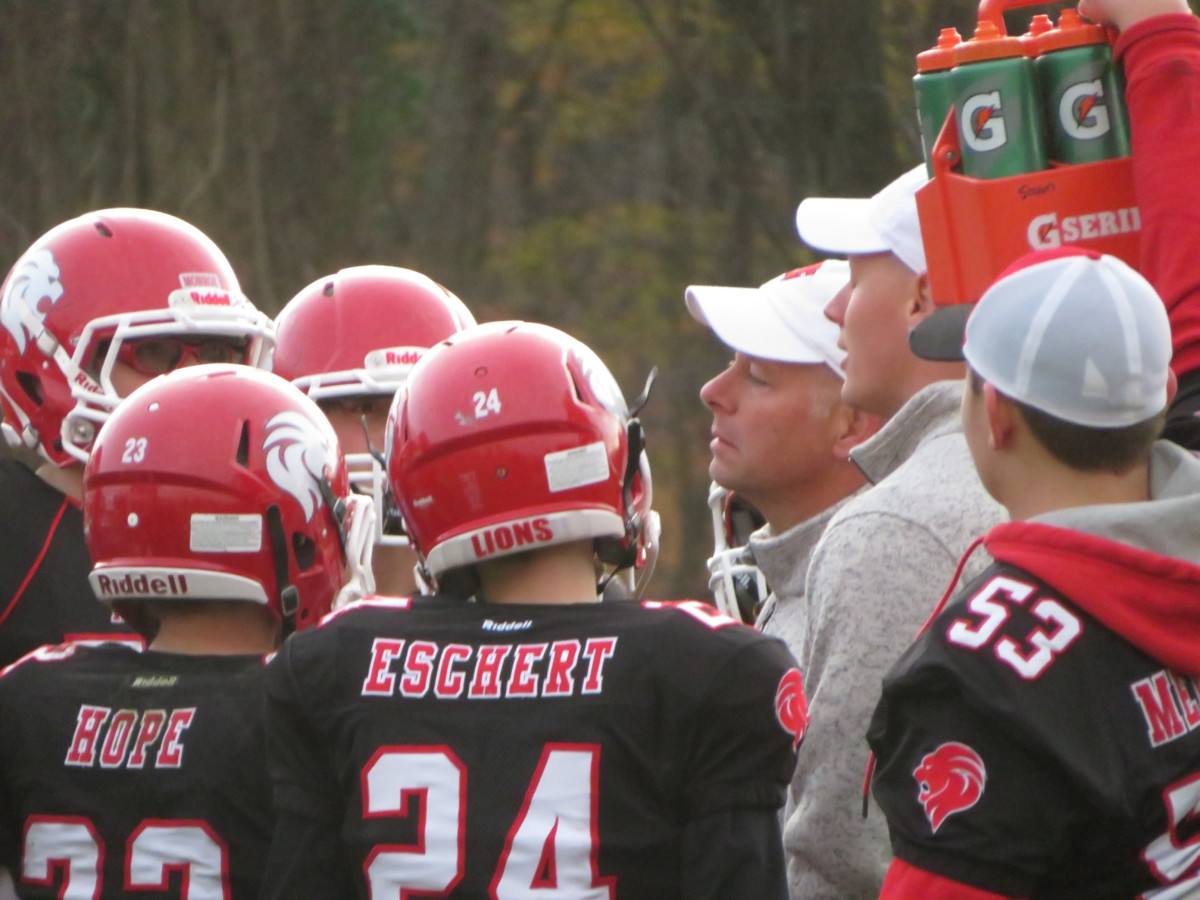 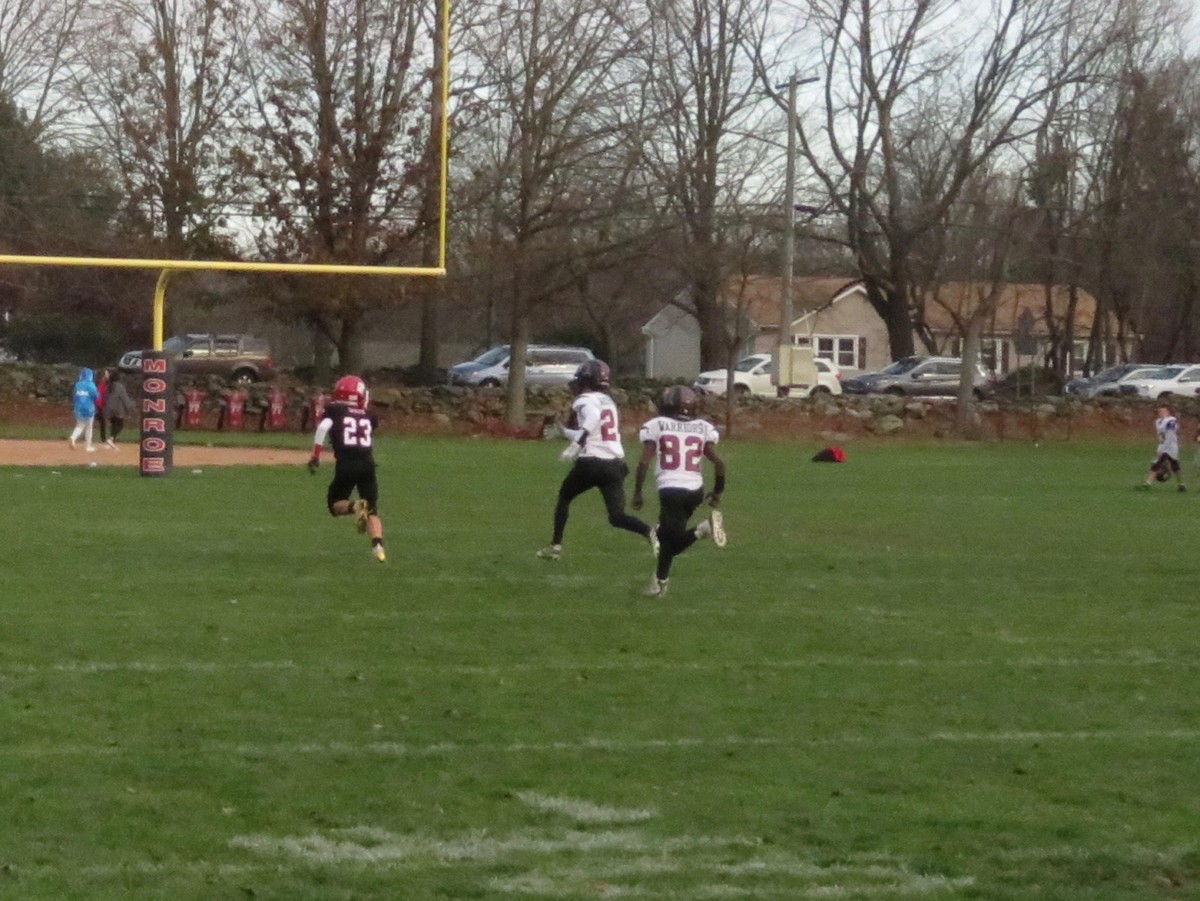 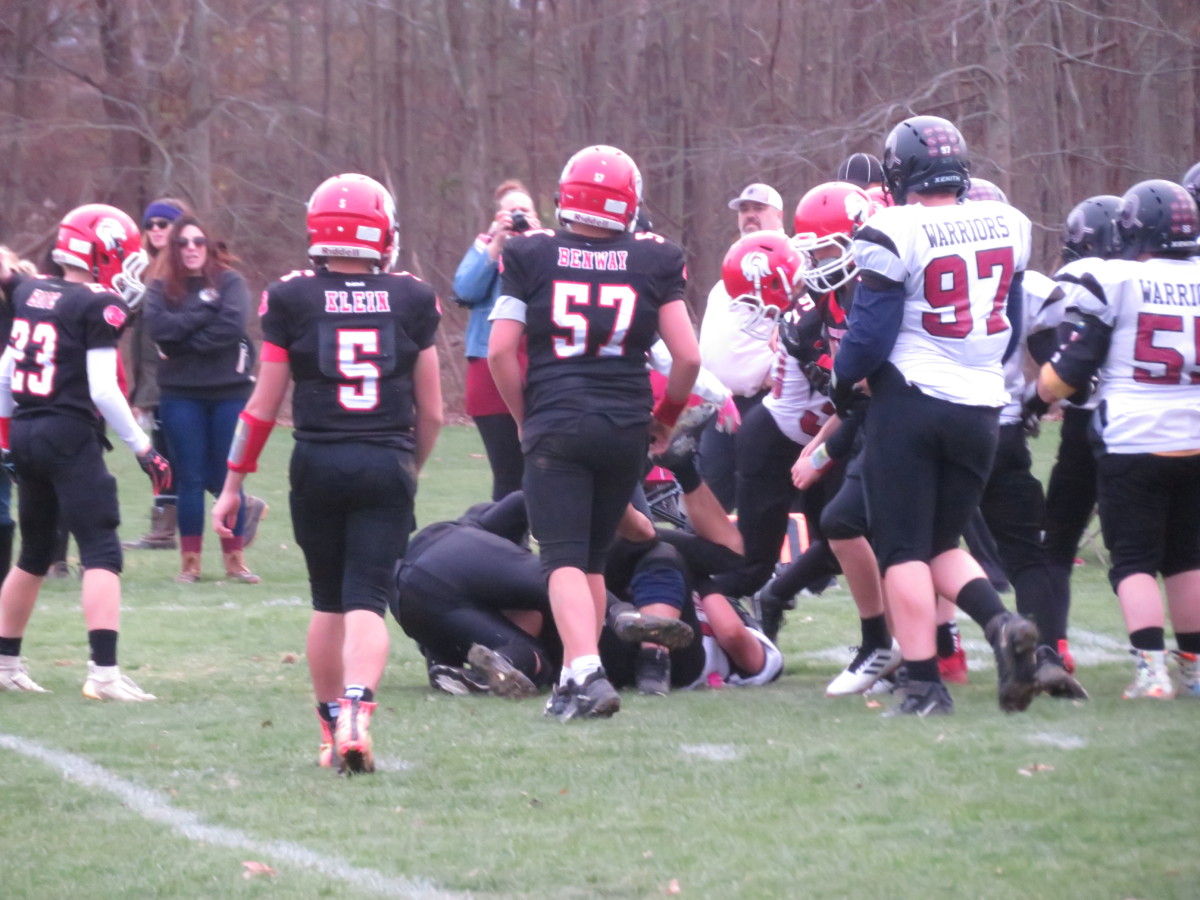 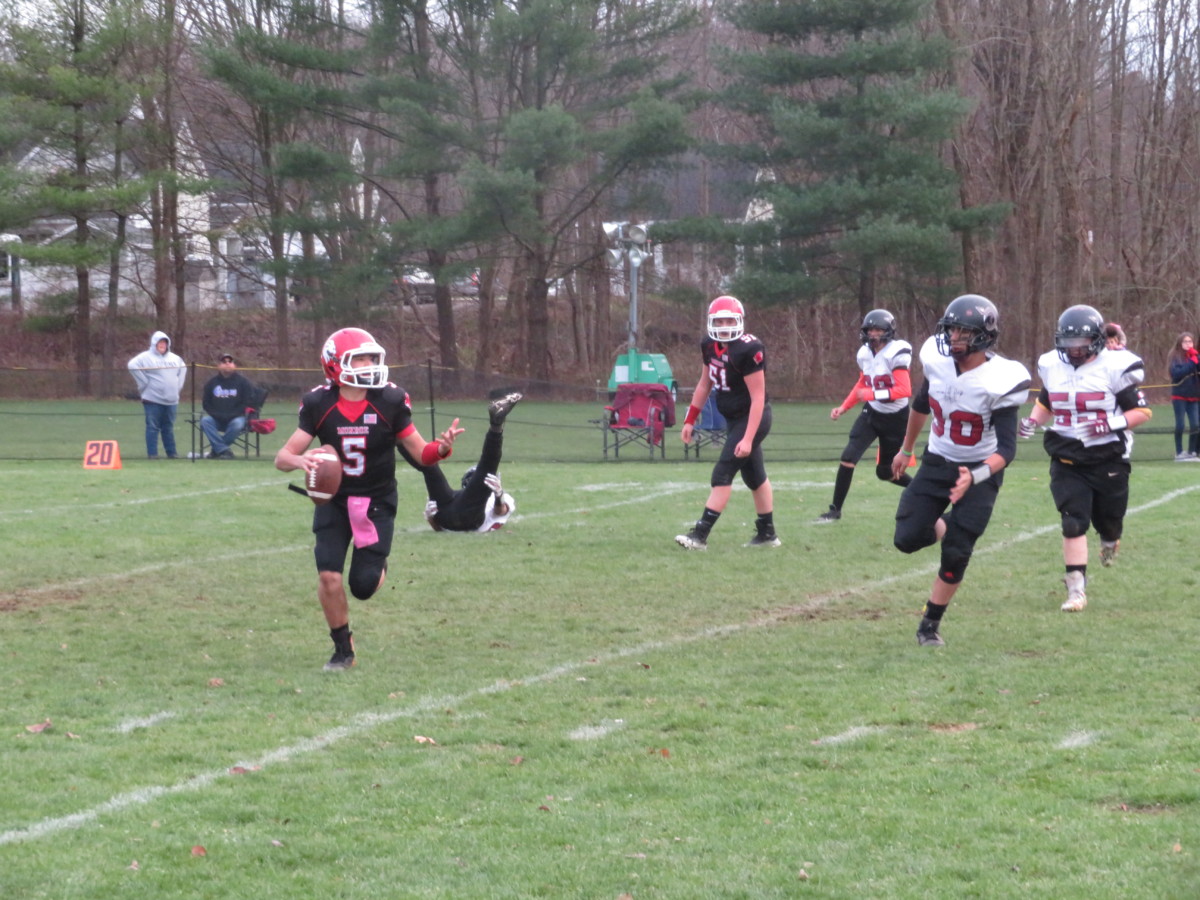 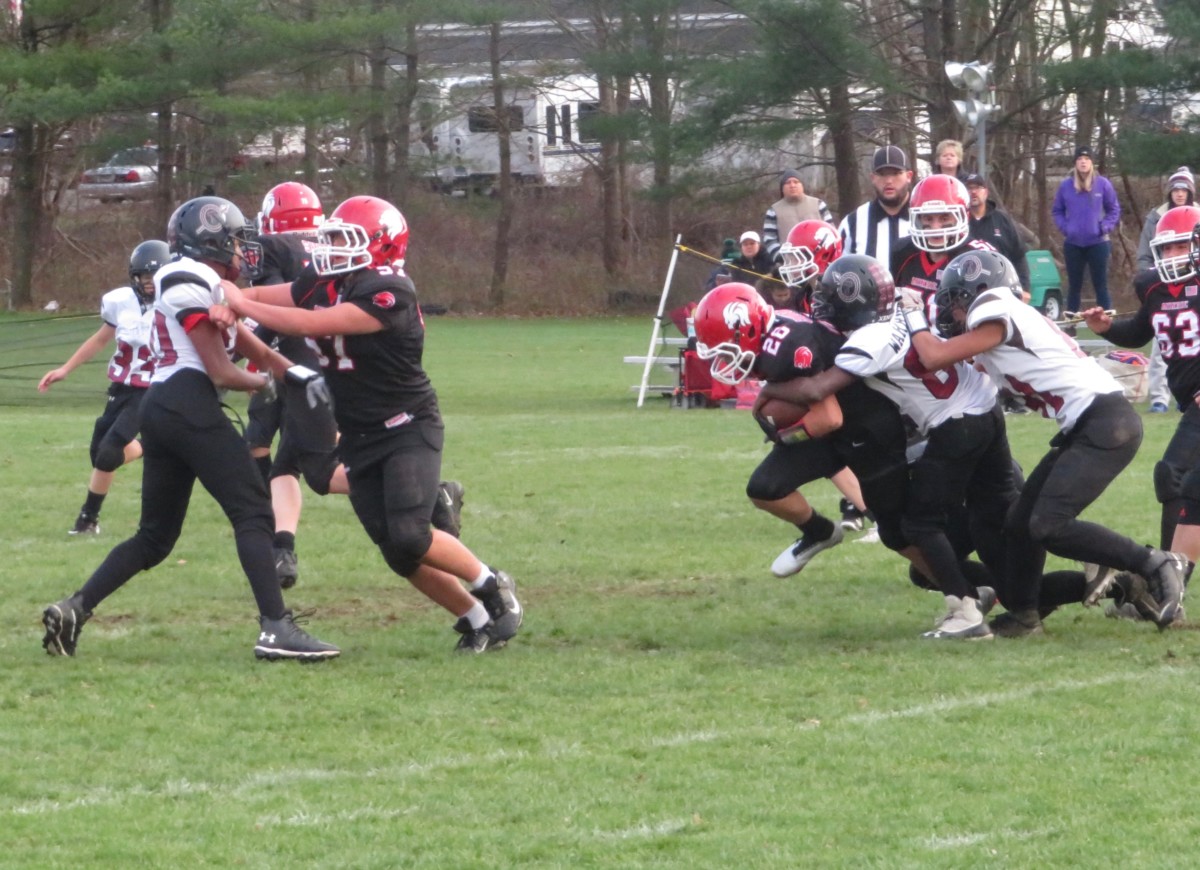 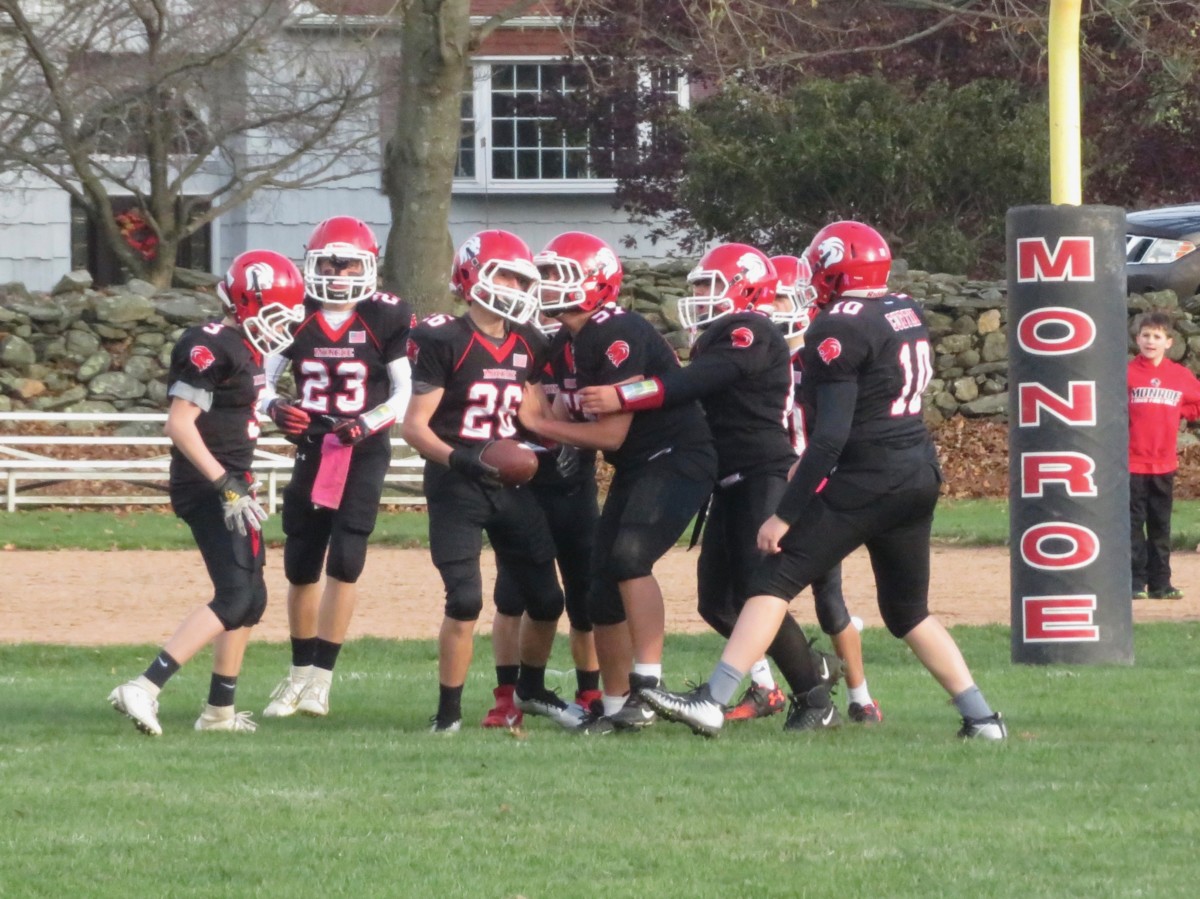 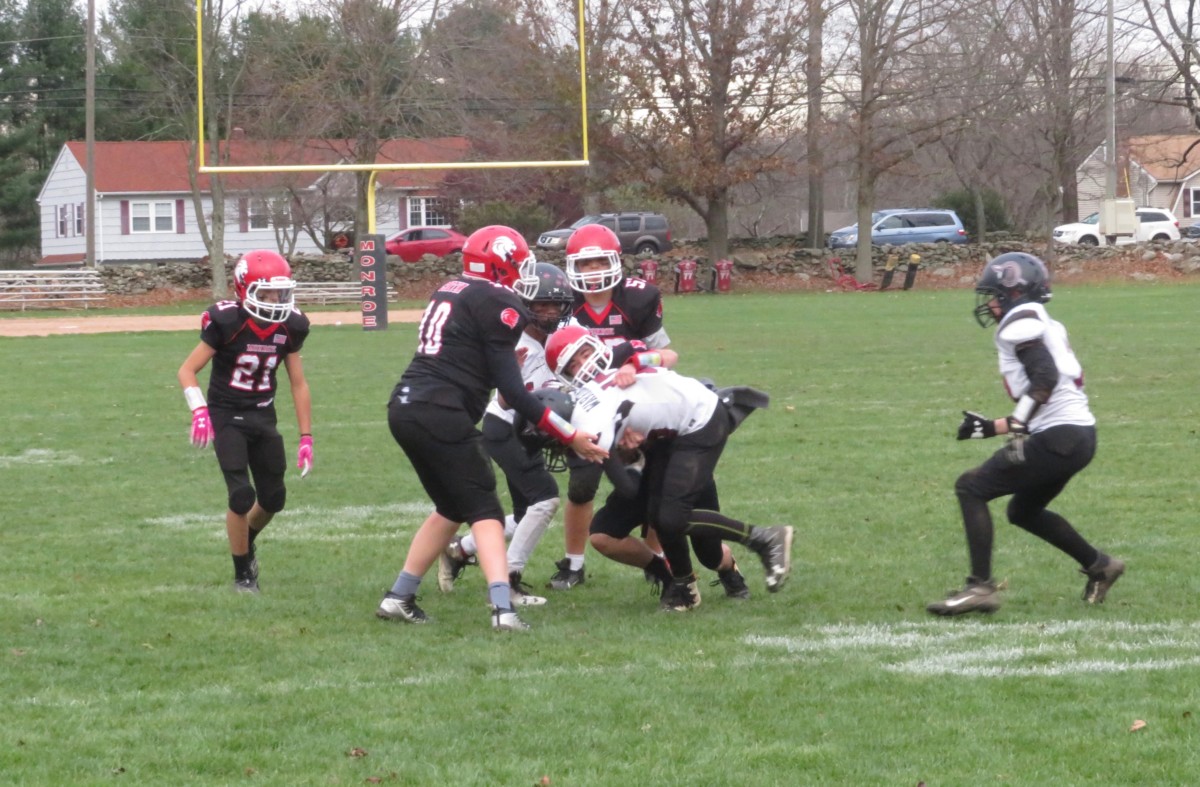 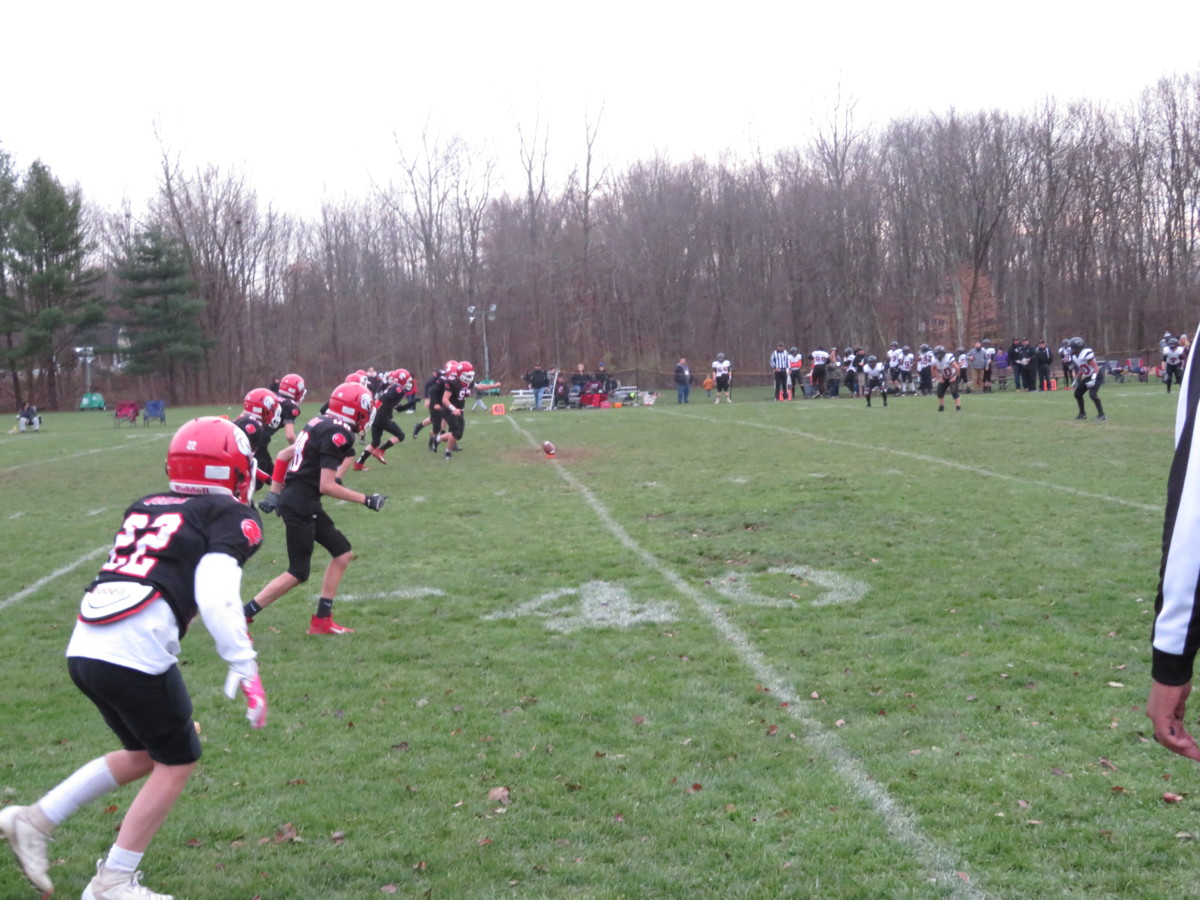 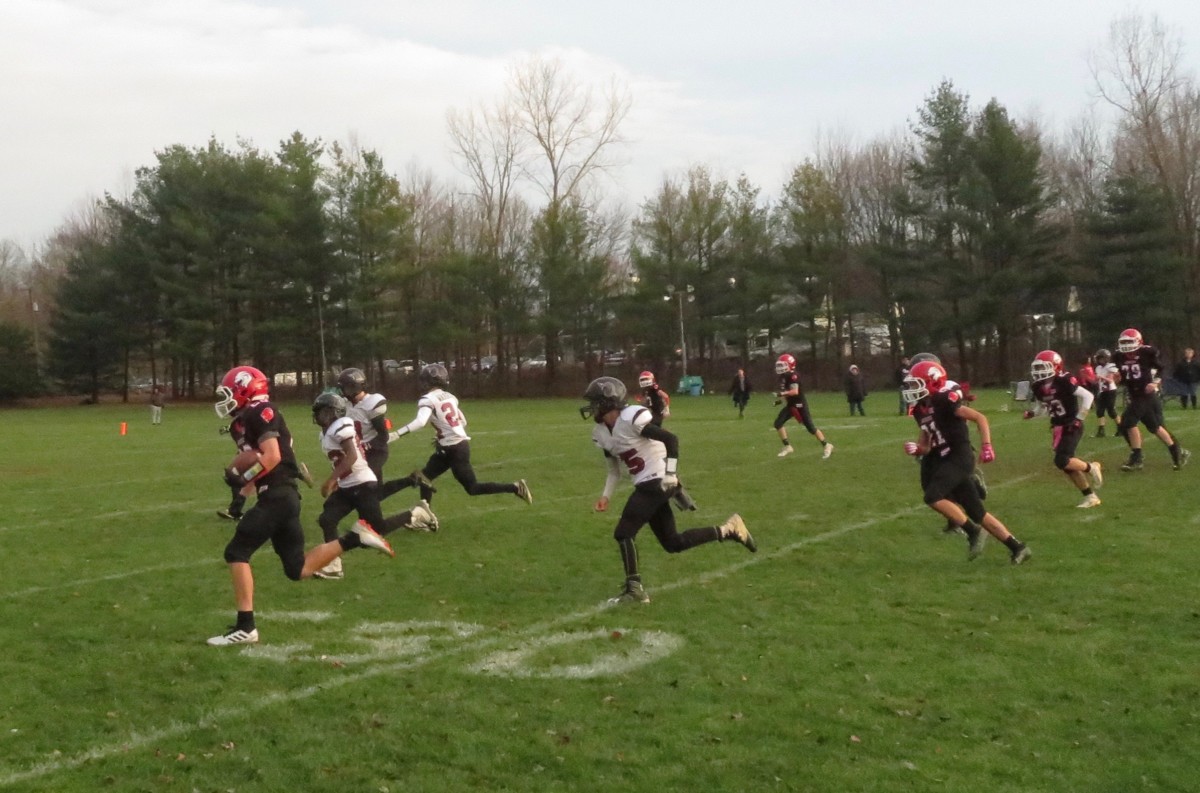 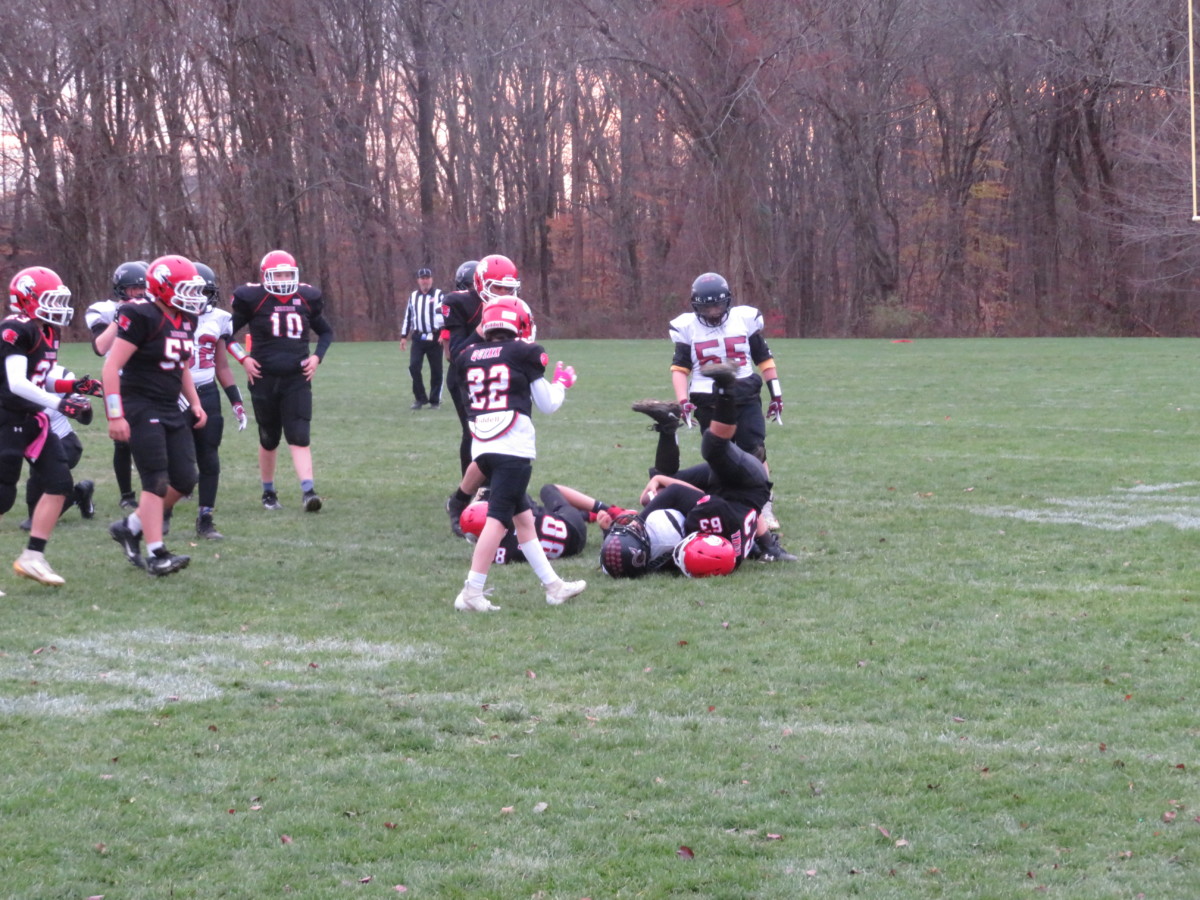 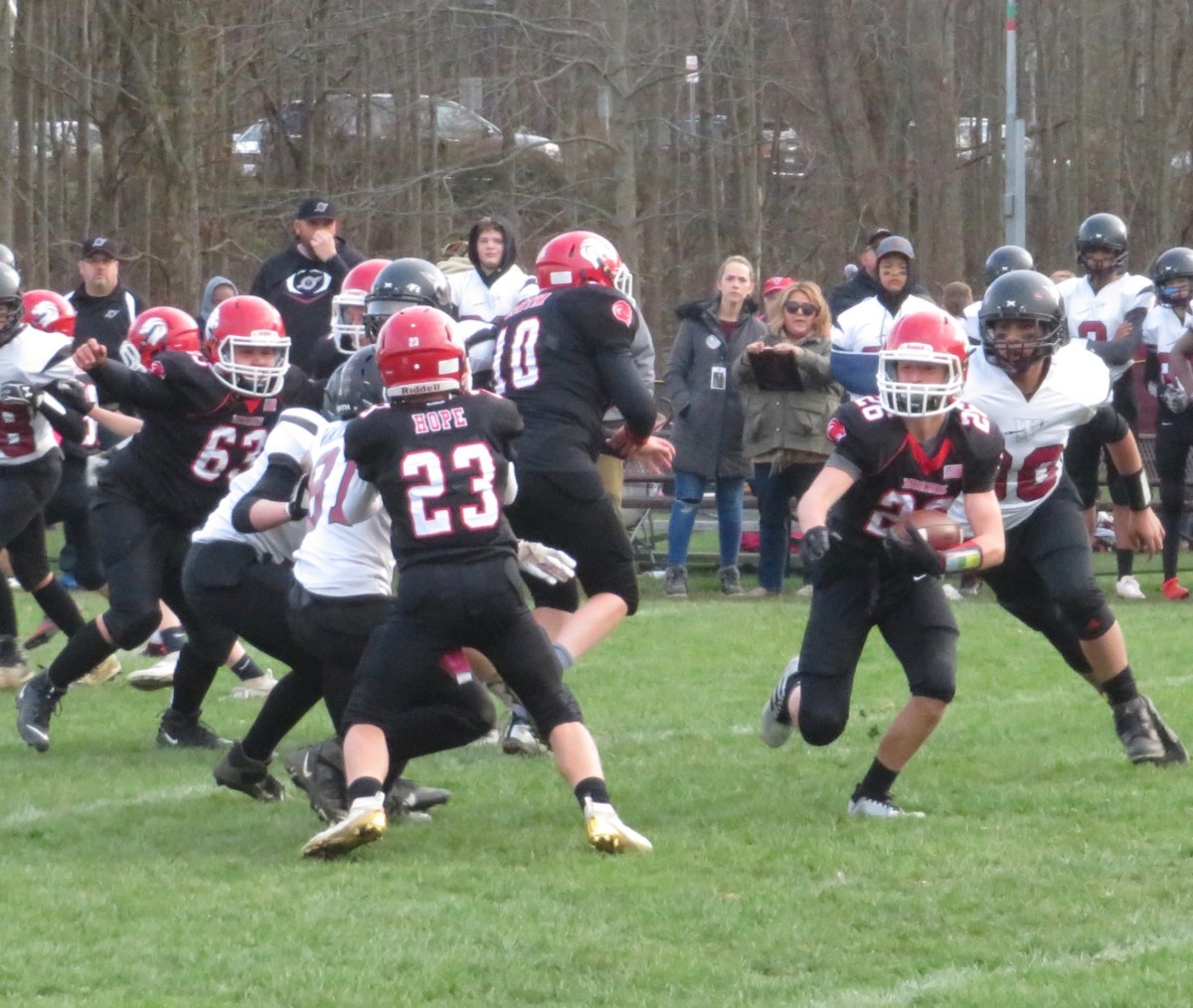 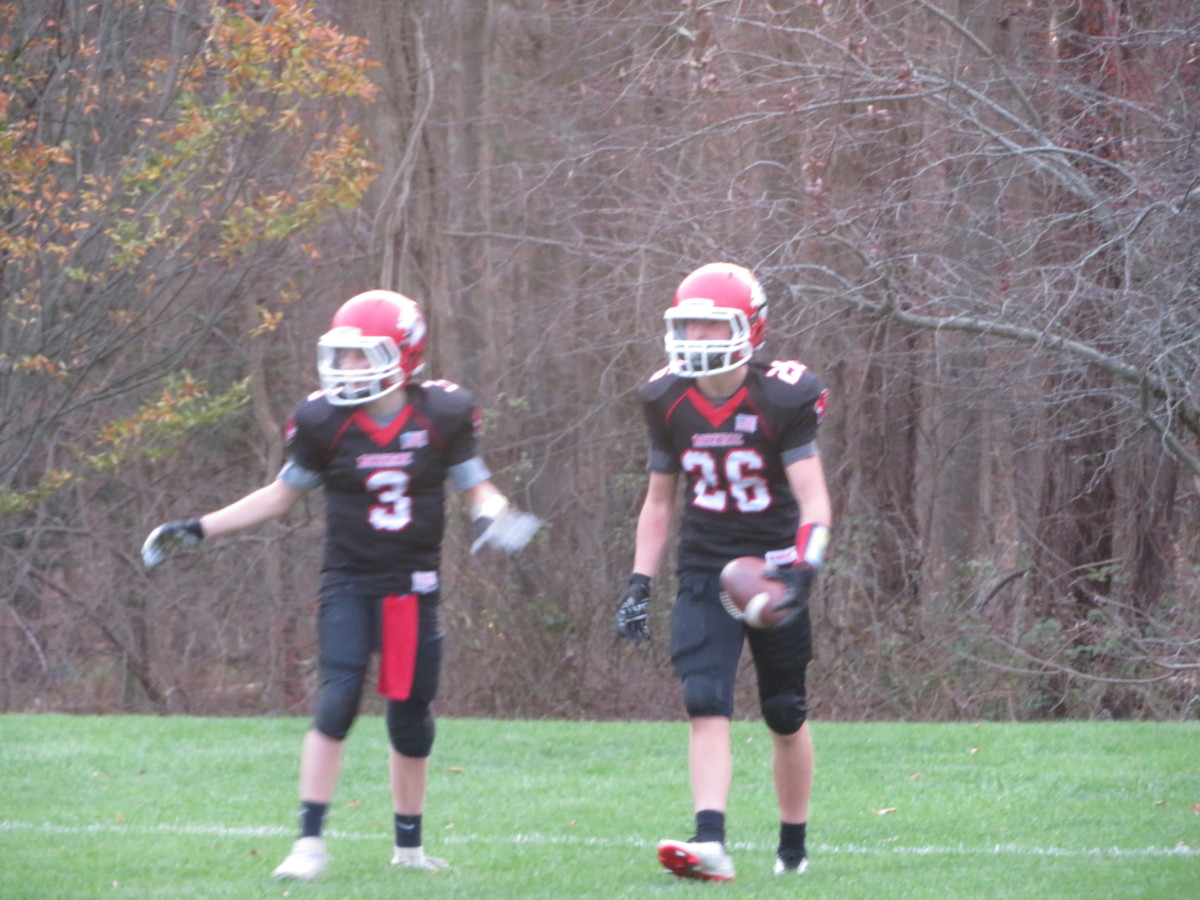 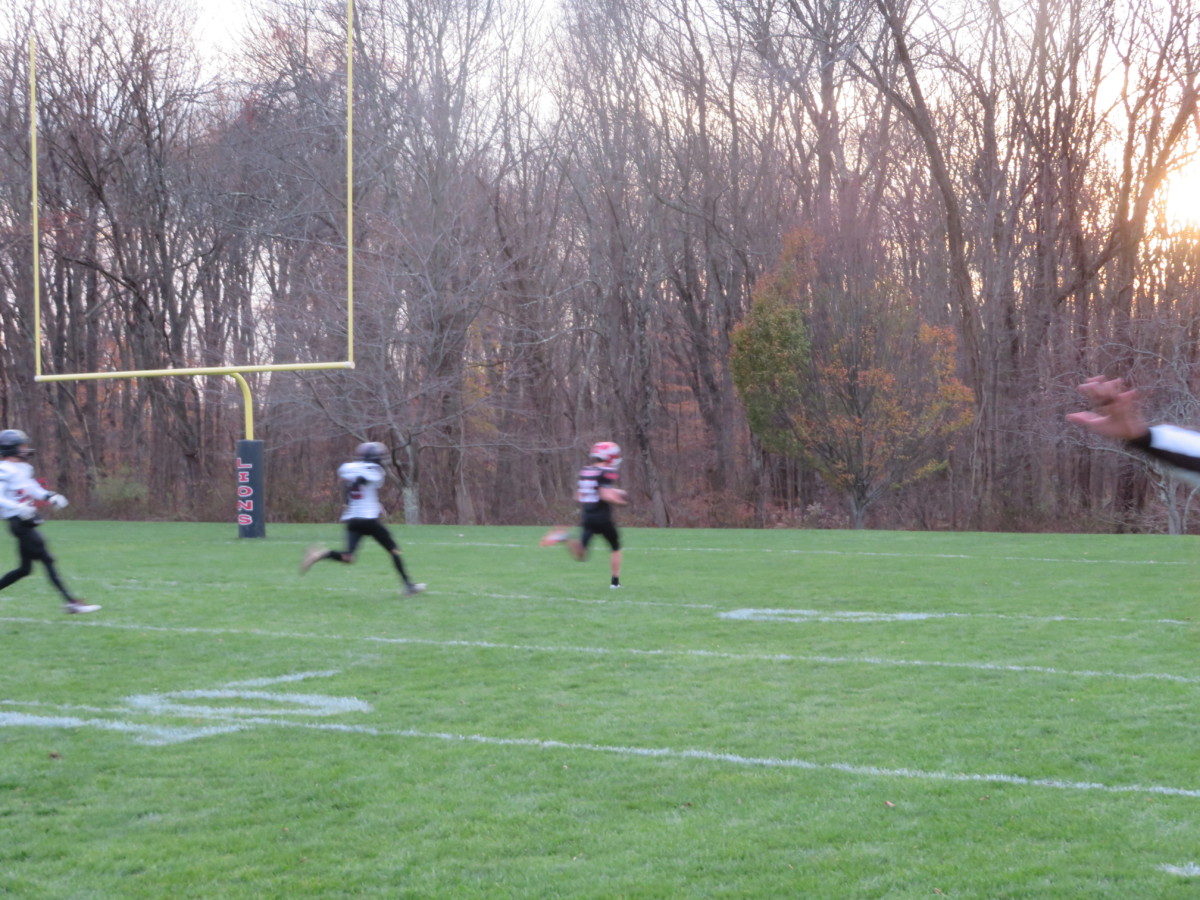 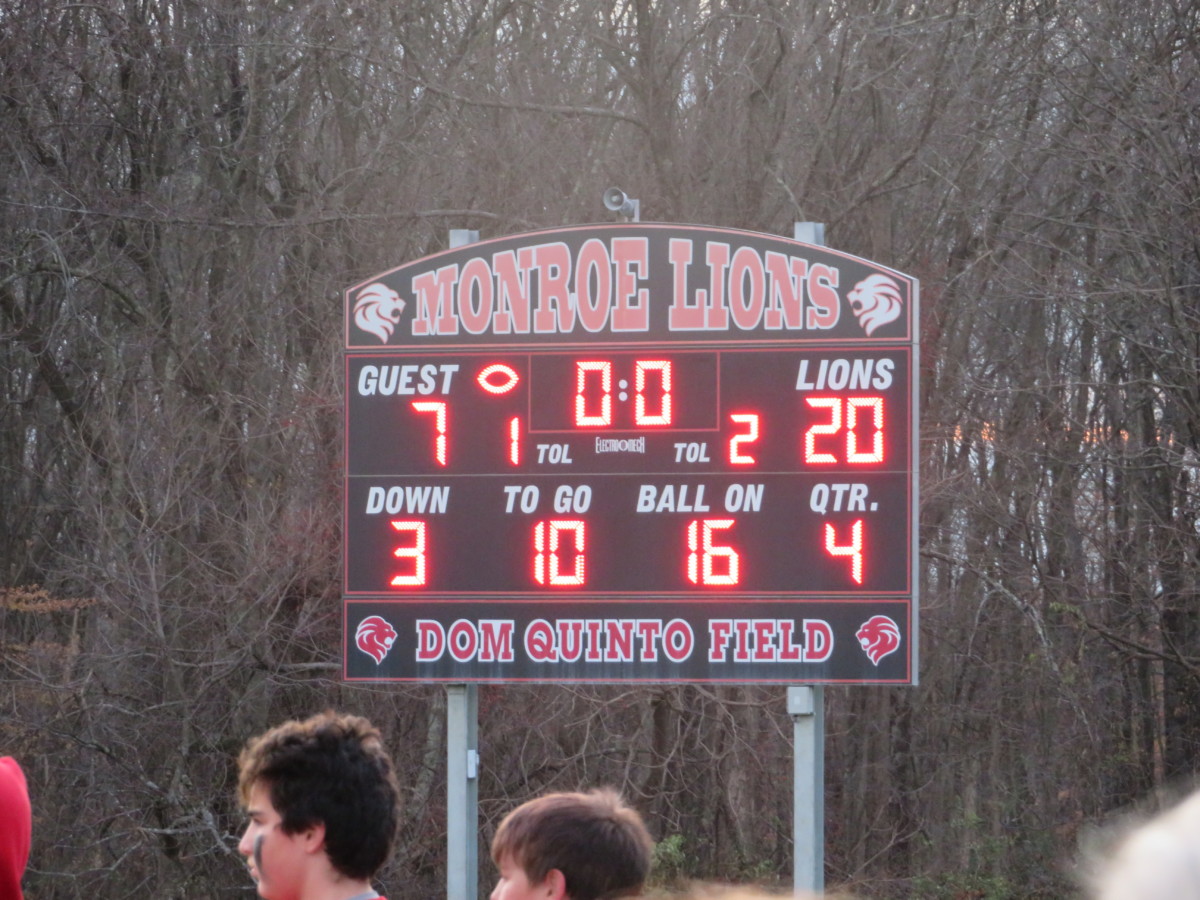 The fifth-grade Lions advanced to the Championship Game Sunday with a fantastic finish in Guilford.

Monroe trailed 19-14 with less-than-a-minute left, when Lions quarterback Aaron Champagne broke three tackles to score on a 20-yard-run, lifting the Lions to a 20-19 victory.

The Lions’ fourth-grade team gave it all they had, but lost to a great Branford team 31-7.