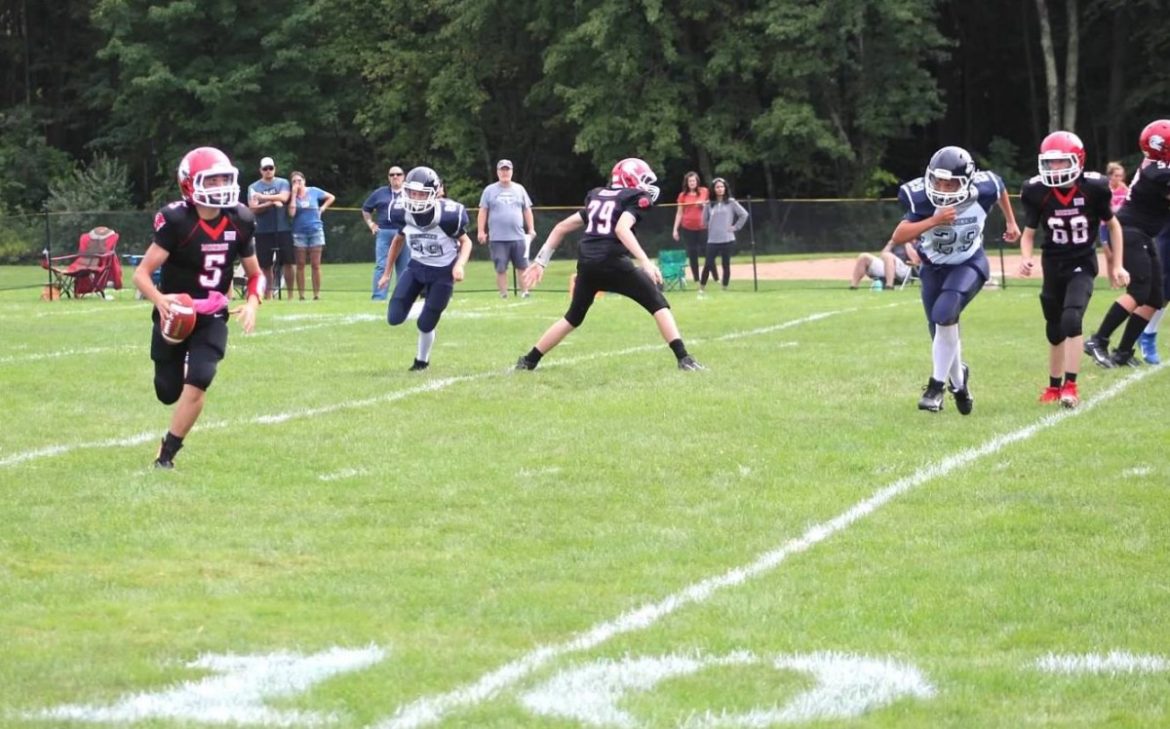 The Monroe Lions eighth-graders jumped out to a 28-0 lead against the Clinton Huskies in the first half of their final home opener Sunday, en route to a 36 to 8 victory.

Monroe’s Rob Klein threw a pass to Trey Migliarese for the first touchdown just 4:10 into the game. Matt Zeppieri kicked the two point conversion for an 8-0 lead that the Lions would hold through the end of the first quarter.

Then Klein hit Jason Champagne for his second touchdown pass in the top of the second quarter, increasing the Lions lead to 14-0. Once again, Zeppieri kicked the two point conversion and the Lions were up 16-0.

Champagne broke free for a wild 75 yard touchdown run at the midway point of the second quarter, but the extra point conversion failed. The Lions now led 22-0.

With only 2:51 left in the second quarter, Luke Benway bulled in across the goal line from two yards out for another Lions score. The extra point conversion failed, but the Lions had a commanding 28-0 lead. 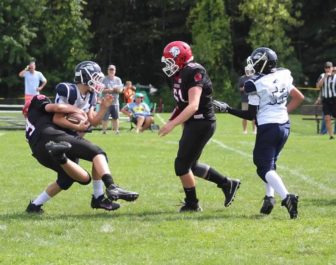 The Lions swarming defense stifled Clinton’s offense for most of the day as Monroe cruised to a 36-8 victory.

Clinton tried to get back into the game with a touchdown and two point conversion just before half time. The Lions had a 28 to 8 lead to defend in the second half.

The Lions’ offense went for it on fourth and 10 in the third quarter and more than converted, as Champagne ran 20 yards for a touchdown. Zeppieri added a two point kick and the Lions were up comfortably 36-8.

Clinton’s offense tried to drive for one more score late in the game, before Monroe’s Aidan Fenton sealed the Lions’ win with an interception at Clinton’s 20 yard line with a minute left in the game.

A great day for Lions football

All of the Monroe Lions teams played competitive football to open their seasons.