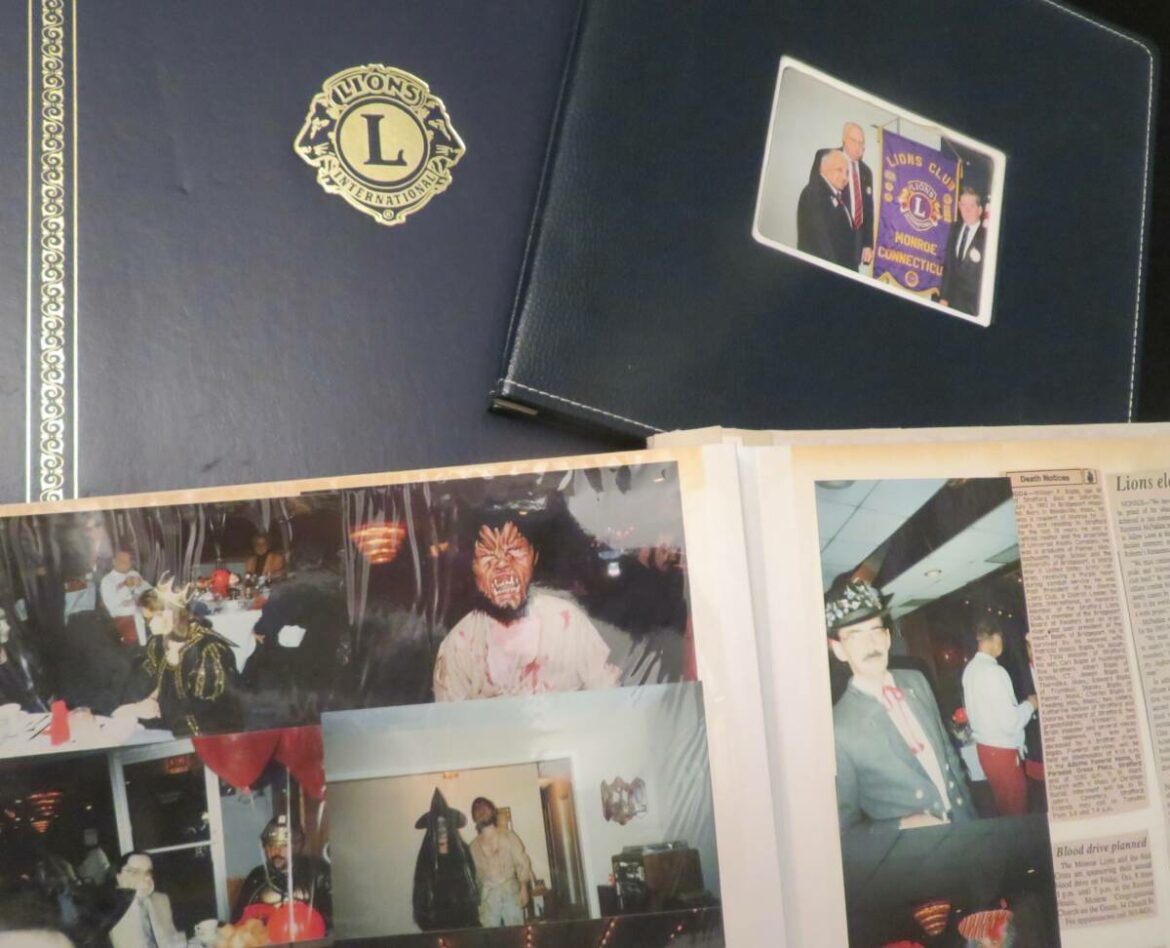 MONROE, CT — Throughout its 69-year-history, the Monroe Lions Club’s volunteers followed the international motto, “We Serve”, by participating in door-to-door lightbulb sales, as well as “Toll House” and rubber tire fundraisers to support local charities, projects, programs and organizations.

The Monroe Lions Club, which is also known for helping people with low vision through its collections of used eye glasses, has been part of key moments in Monroe’s history. For example, its volunteers ran a food tent during the town’s 150-year anniversary celebration. 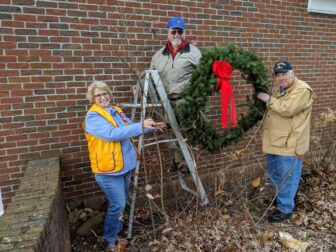 But as deeply as the Lions Club is woven into the fabric of the community, its aging membership has been dwindling. President Frank Bent said an infusion of new members, especially younger men and women, is needed for the chapter’s longevity.

Len Berger, secretary of the Monroe Lions Club, joined in 1967 when he was a banker who wanted to meet other business people in the community.

“It’s the self satisfaction of helping people,” Berger said of being a member. “It sounds a little corny, but that’s what it’s all about. It feels good to discuss something as a group and see a positive outcome for the community.”

The Lions meet on the third Thursday of every month, except July and August, and the club often tries to arrange for a guest speaker. The annual dues for the international, State and local club combines for $100. 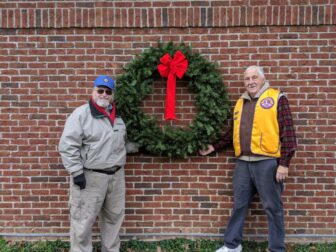 The Monroe Lions Club is a chapter of the Lions Club International Foundation. It was founded in 1952 with 36 chartered members and elected John Ryan as its first president.

Lions Club International has service clubs in over 200 countries and its membership exceeds 1.4 million.

In its first year, the Monroe Lions Club’s social events included a dinner dance at Harmony Grange and a turkey dinner for $3.50 per meal. The club also raised $231 selling brooms, donating the proceeds to the Monroe Little League Association.

In addition to service projects throughout the town, the Lions Club has provided significant financial support to local organizations. Among them are the Monroe Food Pantry, Project Warmth, Boy and Girl Scout Troops, The Friends of Edith Wheeler Memorial Library, Monroe Parks and Recreation, the Masuk Scholarship Fund and Lakewood YMCA. 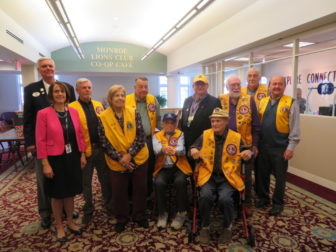 The Lions Club averages more than $18,000 worth of donations per year. One of its most significant contributions was a $93,000 donation for Edith Wheeler Memorial Library’s new Makerspace and Cafe.

Among the stories of golf tournaments, award ceremonies and the Lions International Peace Poster Contest for middle schoolers, were pictures of members making an annual donation of eight large wreathes at Monroe Town Hall.

Bent said Helen Keller was a featured speaker for the Lions International Convention in 1921 and she issued a challenge for them to help people with low vision.