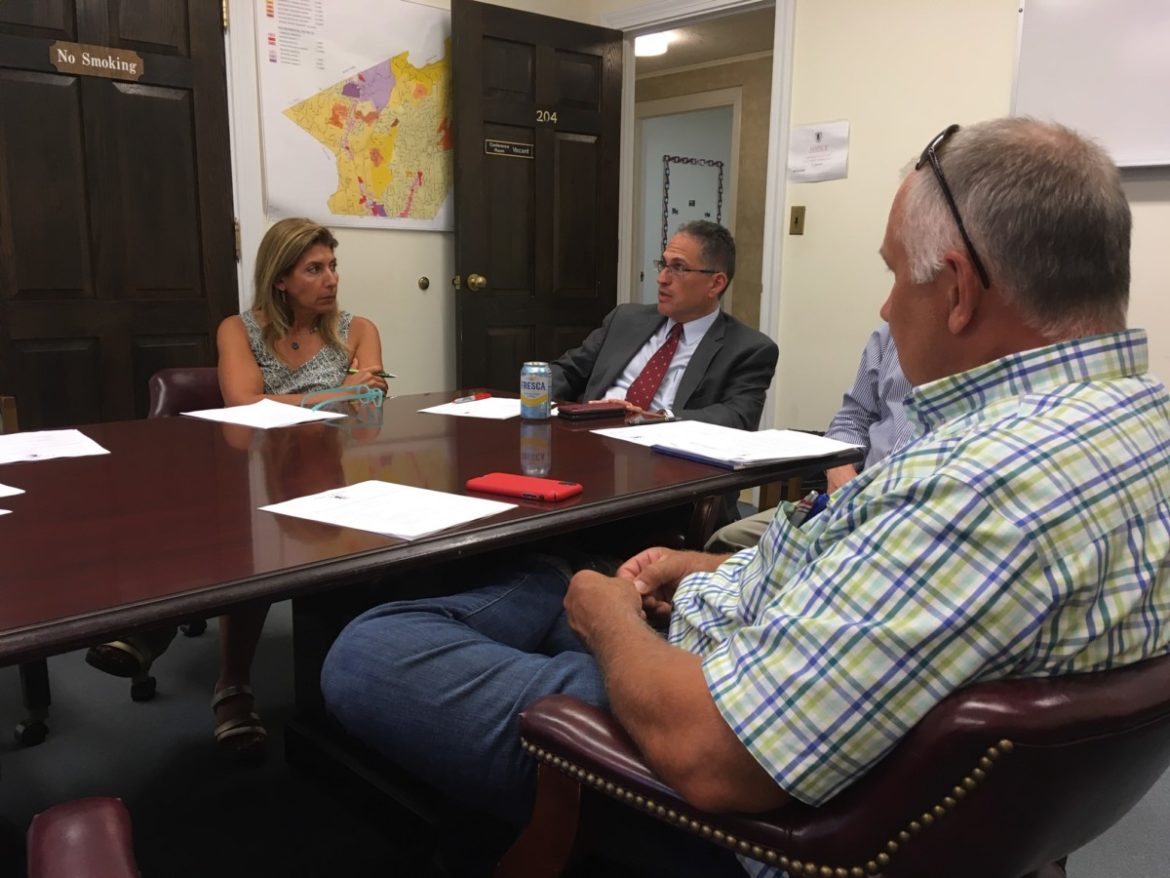 First Selectman Ken Kellogg says recent changes to the land use department and moving toward an online permitting process will make it more convenient for residents and developers to do business with the town.

Those topics were discussed by the First Selectman’s Business & Industry Advisory Committee at their meeting Tuesday.

“What would be great is with the routine permits we won’t have to send a body,”  said David Sippin, a developer in town.

The Metro Council of Governments has been working with the First Selectman’s Office for a more user-friendly online permitting process.

The advisory committee was formed by Kellogg last year to keep an ongoing dialogue with the business community and town departments and commissions to improve the business environment in Monroe.

Lorraine Tartaglia of Tartaglia Commercial Properties, which owns Clocktower Shopping Center, attended Tuesday’s meeting. She shared positive feedback she has heard about changes in the land use departments.

“Everybody has said the staff is so friendly now,” Tartaglia said. “It really is a tremendous turnaround. Everyone says they’re so great and that everybody’s trying to help.”

Town Planner Rick Schultz, who advises the committee, said Kimberley O’Grady is now a full time building administrative assistant, freeing up building inspectors to go out into the field, while she spends more hours assisting the public at the counter.

Kellogg said one of his goals is to make the application process less linear. For example, to avoid a scenario where someone could get an approval from the health department, only to have to go back there when wetlands expresses a concern.

“I’m just in favor or clarity, where things are consistent,” he said.

Schultz said he is working on revisions with Kellogg, Schatzlein and Public Works Dir. Chris Nowacki. When that project is completed, Schultz said the three revised documents will go to the Town Council for a vote.

The First Selectman’s Business & Industry Advisory Committee’s next meeting will be at 4 p.m. on Tuesday, Sept. 24.