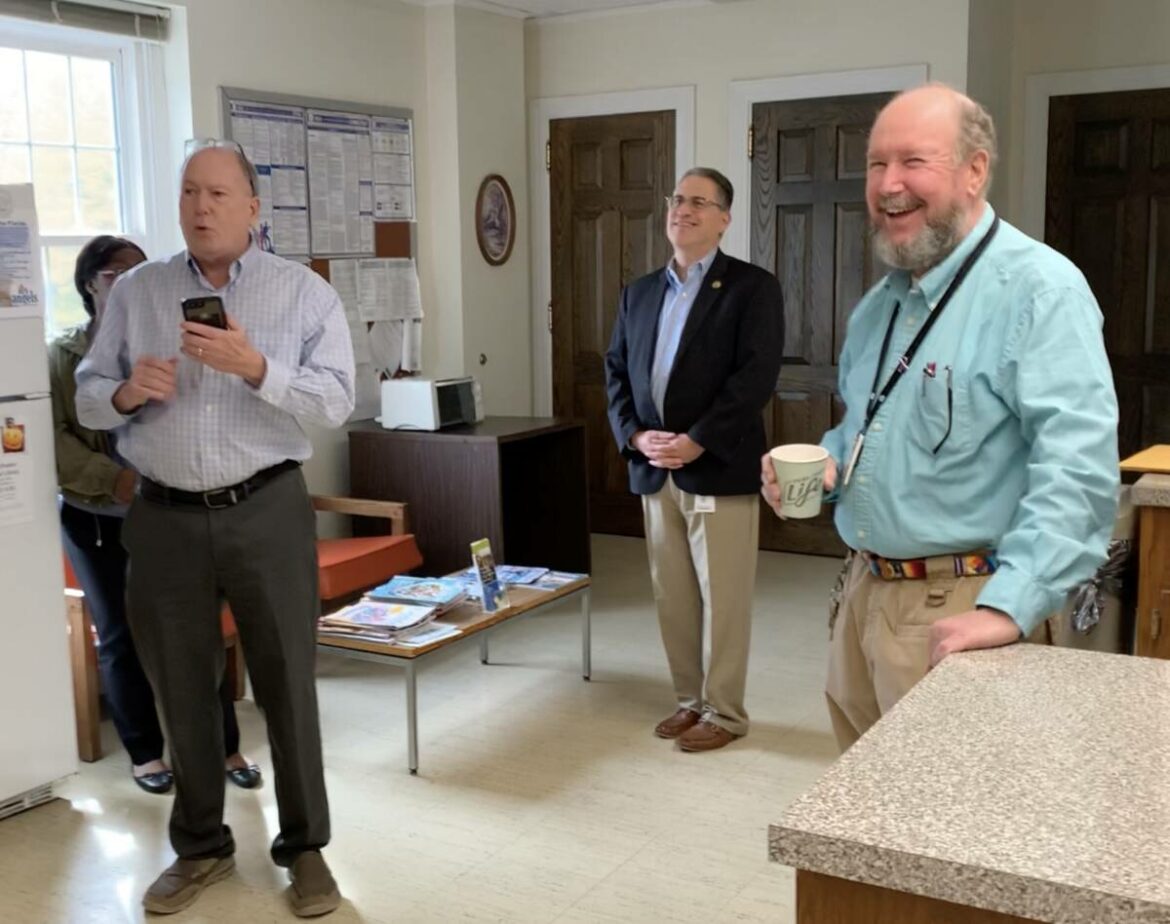 MONROE, CT — Joseph Chapman worked on big projects as a contractor in Greenwich for two decades, before entering public service 16 years ago. He was a zoning enforcement officer and wetlands agent for the town of Woodbury, when he was hired as the ZEO in Monroe in 2011. Chapman, who was promoted to planning and zoning administrator last year, recently decided to retire. His last day is this Friday.

A retirement party was held at Monroe Town Hall on Thursday with cake and a proclamation read by First Selectman Ken Kellogg, who declared it Joe Chapman Day in Monroe. Town Planner Rick Schultz thanked Chapman for his service and shared a poem.

“What I’ll miss most is the people I work with and working with the public to resolve their issues,” Chapman said.

Chapman, 71, lives in Southbury with Claudia, his wife of 40 years. The couple, who has an adult son, celebrated their anniversary a week ago.

“We’ll do more traveling,” Chapman said. “We’ve been to the Southwest many times and will be back that way. We’ll probably go on a trip to Europe.” 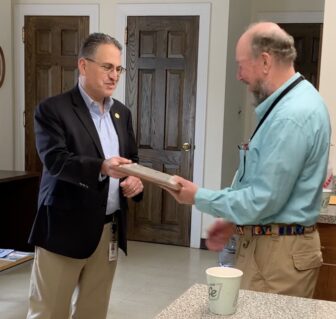 Chapman said the fun part of his job was helping residents who came up to the counter at land use, because they wanted to do a project, from installing a swimming pool to building a shed or an addition to their home.

“You tell them what it takes, what it costs and what they need,” he said. “You get them in and out. That’s probably the most satisfying part of the job.”

“Anyone who grasps the reality of what the job consists of has to realize what you want to convince the public of is, you want to help them become in compliance,” he said, “and most people are just unaware of what the regulations are.”

“You don’t want to be heavy handed about it, unless it becomes necessary,” Chapman said.

He remembers one case when a house collapsed, causing a blight in its neighborhood on Hiram Hill Road.

“The house was severely damaged and there were lots of complaints,” Chapman recalled. “We located the owner and persuaded him that it needed to be torn down.”

In addition to blight, he said the abandoned house posed health and safety issues. When a house is unoccupied for a long period of time, Chapman said kids go inside, burglars steal copper pipes and animals come and go.

“If you can remove that, everyone is better off,” he said.