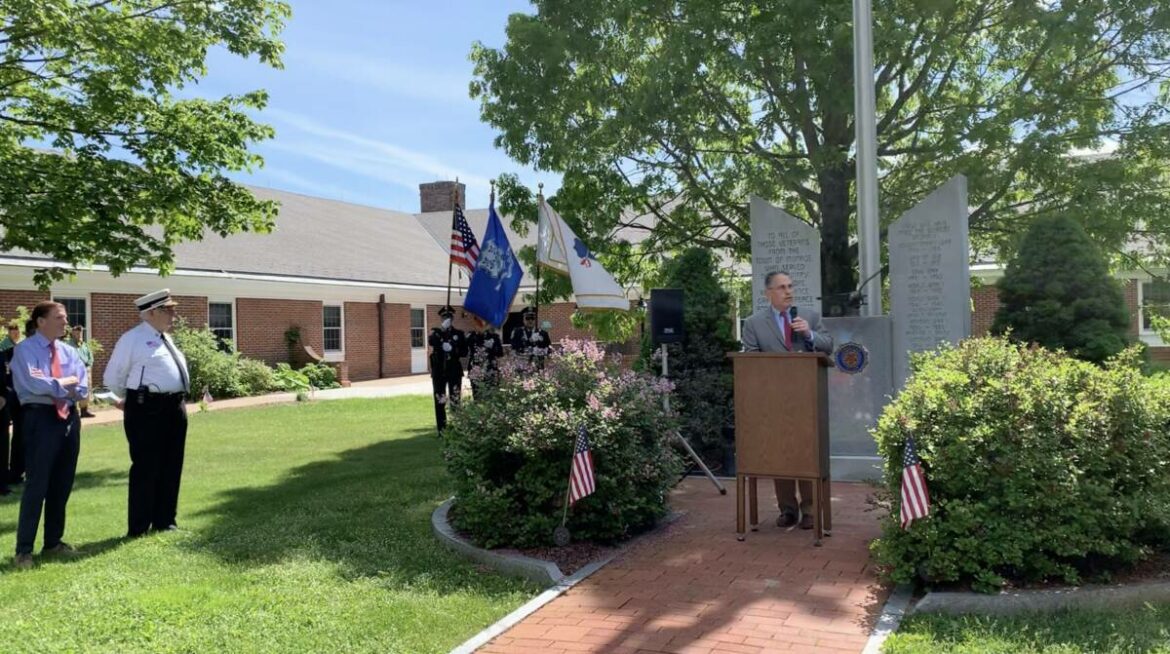 MONROE, CT — Veterans and public officials participated in the Memorial Day Ceremony: “Honoring Our Heroes” Past and Present before a crowd at the War Memorial in front of Monroe Town Hall Sunday.

“Today is such a beautiful and energizing day,” First Selectman Ken Kellogg said from the podium, “beautiful weather for the return of the Memorial Day Parade here in Monroe. This is why we come together today, to honor those in our armed forces that gave the ultimate sacrifice for our country — for our freedoms.”

The first selectman spoke of the many freedoms Americans enjoy, from freedom of speech and freedom of the press to religious freedom.

“Freedoms such as these come at a cost and that cost is immeasurable,” Kellogg said. “We’re here today to commemorate and honor the lives of those who fought for those freedoms, who protected those freedoms, and in doing so, gave their lives for our country, for us. Let’s honor their lives by expressing our gratitude to all our veterans and those who continue to serve our nation.” 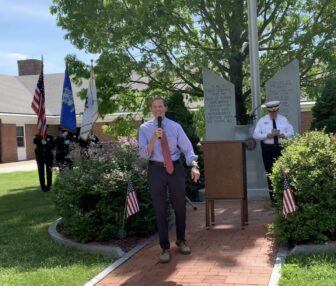 U.S. Sen. Richard Blumenthal, D-Connecticut, noted how many people were spending their Sundays at the mall and at barbecues.

The senator spoke the importance of caring for our veterans who come home with injuries, and of how the people of Ukraine are now fighting against a Russian invasion to defend the very freedoms Americans enjoy.

“To all the families, all the veterans and all who have relatives who have given their lives, thank you for being here today,” Blumenthal said. “God bless you and God bless our great country.” 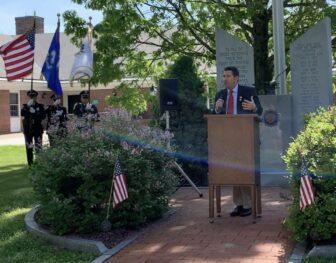 State Rep. Tony Scott, R-112th, shared the story of a woman he had worked with, whose family became a Gold Star family when she lost her brother in 2006, the day after Christmas.

While honoring the sacrifices of the heroic men and women in our armed forces who made the ultimate sacrifice for our country, Scott asked everyone to keep the Gold Star families in mind, who must deal with the anguish and sorrow that comes with their loss.

“Thank you for our heroes here today,” Scott said. 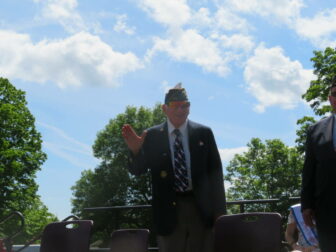 Victor Yanosy, a veteran who lives in Monroe, was honored for his service during Sunday’s Memorial Day ceremony on the green.

L. David York was the master of ceremonies. He gave the Invocation at the beginning of the ceremony and the Benediction at the end. 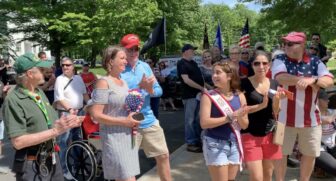 Vida Stone, chair of the Memorial Day Parade Committee, receives a round of applause for helping to plan Sunday’s parade and ceremony.

There was a presentation of wreathes and the American flag on the pole in front of Town Hall was lowered to half-staff as “Taps” was played by Masuk trumpeters Mila Planas and Andrew Babson.