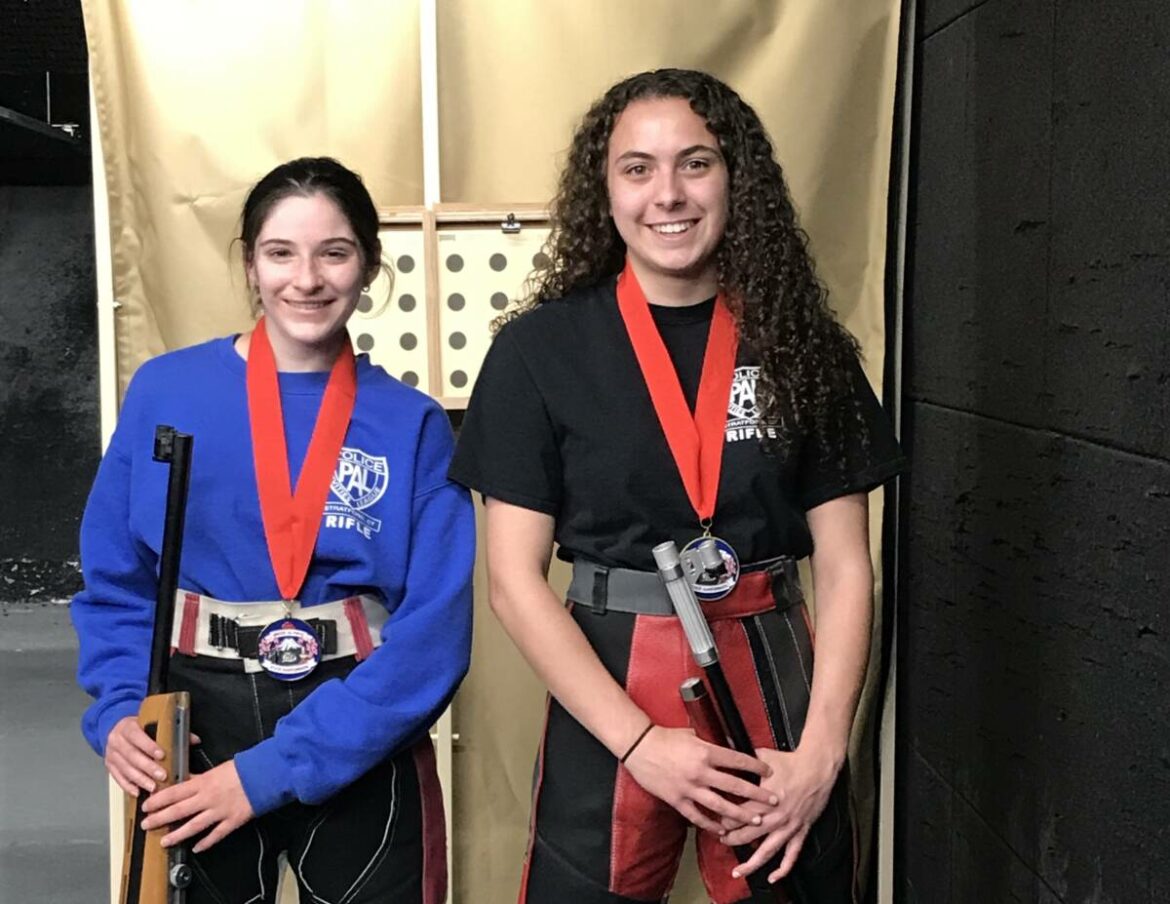 Autumn Smith, left, and Veronica Martino, who are students at Masuk, are excelling in rifle competitions. Both were invited to compete in the Junior Olympics.

MONROE, CT — Veronica Martino and Autumn Smith are both accurate shots with a rifle in their hands. The Masuk High School students excelled as members of the Stratford Police Athletic League Junior Rifle Club, earning the chance to compete in the 2021 National Rifle Junior Olympic Championships at Hillsdale College in Michigan from May 12-16.

“It feels so awesome,” Smith, 17, a senior, said of being invited, “especially after something like COVID, because it took a lot of our practice time away.”

Smith said being able to go to something as special as the Junior Olympics makes the years of practices and competitions all worth it. “It shows it was what we were supposed to do,” she said.

“It’s really nice to be able to go, especially with COVID throwing a monkey wrench into practices and training,” said Martino, 17, a junior.

When the SPAL team was able to return to the Stratford Police Department to practice again in September, Martino said she enjoyed getting back into a rhythm and the mental state needed for accurate shooting.

In the Connecticut Junior Olympic Rifle Championships, Smith won a gold medal for the Smallbore rifle competition and Martino took the bronze for the air rifle category to qualify for the national competition.

Following in her mother’s footsteps 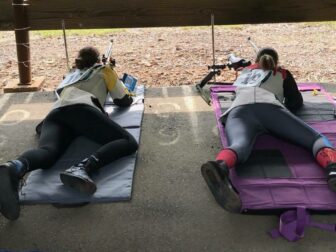 The SPAL Junior Rifle Club is coached by Alan Wilcoxson, a retired Stratford police officer who is now captain of the New Milford Police Department, and Josie Burzynski-Smith of Monroe, a coach at Bunnell High School — no relation to Autumn Smith.

Martino said learned about the rifle club a few years ago after meeting Burzynski-Smith, a former Junior Olympian, at Fairfield County Fish & Game in Newtown. “I was shooting sporting clays with my dad,” Martino said, adding Burzynski-Smith later introduced her to members of SPAL’s rifle team.

Martino’s parents are Anthony and Gina.

Autumn Smith’s parents are Nathan and Valerie. It was Smith’s mother who sparked her interest in the sport.

Valerie Smith was the first junior team member of the Cos Cob Rifle & Revolver Club to qualify as a Distinguished Expert, which is earned by consistently maintaining a high score while shooting from a sitting, kneeling, prone and off-hand (standing) position. She also used to run the junior program.

Autumn Smith and Martino are both Distinguished Experts.

“I used to go with my mom to competitions, so I got to see what the matches were like,” Autumn Smith said. “It’s fun to follow in her footsteps.”

Smith is also a member of the Cos Cob club, where she coaches and has participated in competitions with her mother.

Gina Martino and Nathan Smith said most of the kids on SPAL’s junior rifle team are well-rounded, earning good grades, while doing extracurricular activities in school.

Autumn Smith and Veronica Martino, who became friends playing AYSO Soccer together when they were little, both earned high honors at Masuk where Martino plays on the soccer team. Smith participates in track and field, on the swim team and is an officer in her school’s Interact community service club.

“These kids have so many creative outlets and are driven to succeed,” Nathan Smith said.

Autumn received a Civilian Marksmanship Program scholarship, which she will use to attend Southern Connecticut State University’s Honors College next fall. Scholarships are offered annually to 150 high school seniors across the nation.

Wilcoxson said members of the SPAL Junior Rifle Club, which is coed with the exception of competitions, have a track record of success.

“We’ve had 12 or 13 NCAA Division 1 All-Americans from our little Stratford PAL club,” Wilcoxson said. “The assistant coach at Ohio State, Emily Caruso, made it to the Olympics twice for shooting.”

Two sisters, Rose and Haley Reynolds, who were on rifle teams at SPAL and Bunnell High School, went on to shoot on the U.S. Coast Guard Academy’s team.

Other former members went on to join the Marines, according to Wilcoxson.

Though Smith and Martino are the only two club members going to the Junior Olympics this year, four girls on the team earned invites.

SPAL’s Junior Rifle team was established in 1951. Three police officers coach and civilians help run it. It has had as many as 52 members, but because of the COVID-19 pandemic, Wilcoxson said there are around 24 this year.

To fill out the roster, kids sign up from Stratford, Monroe, Seymour, Fairfield, Easton, Trumbull and from as far away as Greenwich.

“It’s a dying sport. I hate to say it,” Wilcoxson said. “In the ’40s and ’50s almost every high school had it. You would literally bring your rifles to the school basement and practice.”

“Rifle, and shooting sports in general, it’s almost like an anti-sport,” he said. “Most other competitive sports, you have to get pumped up for physically and psychologically, and shooting is the opposite because you have to stay calm. When your blood pressure goes up, your rifle moves. It bounces up and down. You have to psych yourself down and keep your head in the game. It’s an incredibly cerebral sport. It’s not a feat of strength.”

Although shooting is an individual sport, Martino said she enjoys sharing experiences with her teammates. Smith said the togetherness and family atmosphere is one of the best aspects of being on the rifle team.

Smith and Martino’s coaches raved about their contributions to the program.

“They are great assets to the Stratford PAL program and they’re both great role models for the kids to look up to,” Burzynski-Smith said. “I’m very proud of all their accomplishments.”

“They’ve been shooting with our club team about 5-6 years each,” Wilcoxson said. “They both came over at the same time. Really nice kids. Very competitive. This is the first time either of them qualified for the Junior Olympics, which is kind of a big deal.”

“I’m very happy and proud of both of them,” he added. “Both will be successful in whatever they do.”