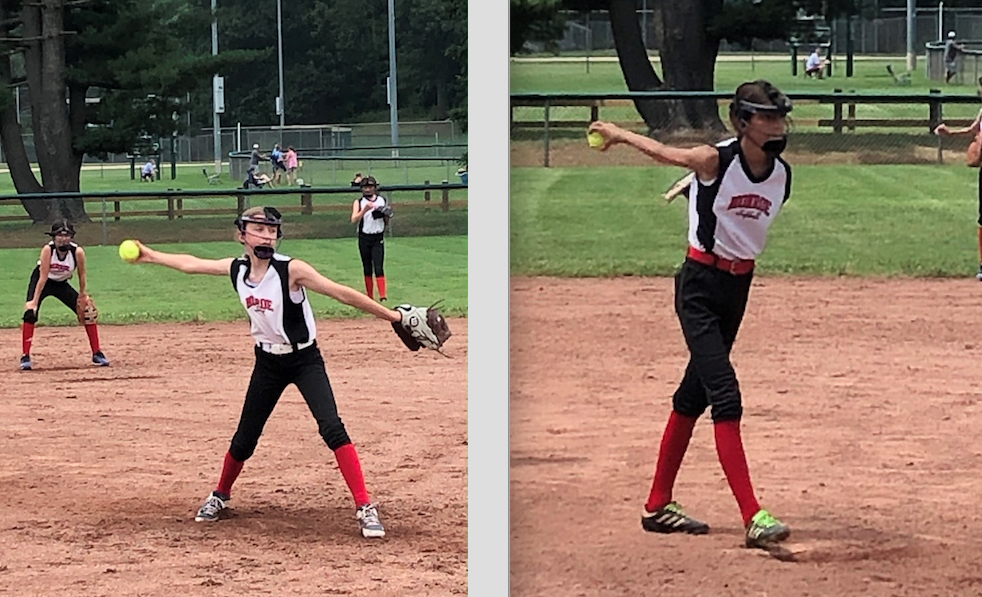 Grace Shevlin winds up to deliver a pitch, left. Seina Tristine takes on a batter, right.

MONROE, CT — Addison Simms and Violet Schneider were Monroe AAA softball players of the week, leading the hit parade in a 16-4 drubbing of Stratford on Thursday. The duo had three hits a piece.

Brigitte LaRiviere, Grace Shevlin and Jen Velky were also named players of the week, after joining Simms in collecting three hits each in a 15-4 win over Trumbull last Saturday. The team had 16 hits in all.

Co-players of the week were Grace Shevlin and Siena Tristine, who combined to shut down opposing offenses.

In the two games, Shevlin pitched five scoreless innings, giving up only one hit, and fanning 11 with only three walks. At the plate, she collected four hits. Shevlin also played terrific defense.

In the two games, Tristine pitched three-and-two-thirds scoreless innings, giving up two hits, striking out eight batters and walking seven. On offense, she had four hits.

Simms led all batters with six hits in the 2 games, while LaRivierre added five hits.

A and AA players of the week 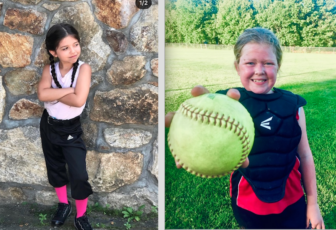 Darla Kuban, 6, left, earned A player of the week honors, by collecting three hits and showing an excellent glove in the field. Maggie Spalding, right, the AA player of the week, had four hits, five RBIs, two stolen bases and made some nice defense plays.