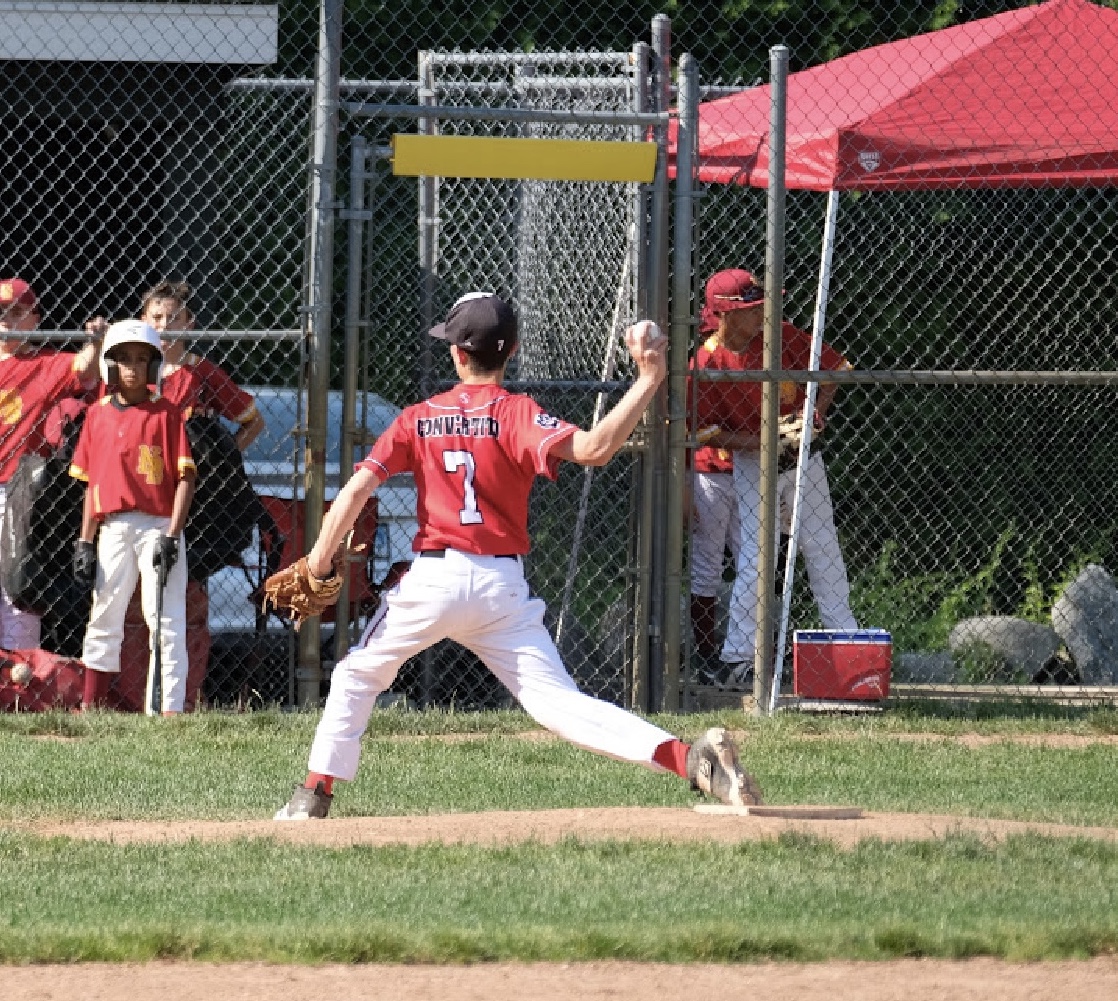 Nico Convertito delivers a pitch against the New Britain Elite Sunday. He pitched four shutout innings, while leading Monroe to an 8-0 win at Beardsley Field.

MONROE, CT — Monroe’s 12u baseball team was struggling at 1-7 in the division going into last weekend, before sweeping a pair of doubleheaders to improve their record to 5-7. Monroe’s overall record is 9-10.

“If we win both games next Sunday, we should make the playoffs,” Coach Joseph Gialanella said.

After winning a pair of games on the road over the Cheshire Reds on Saturday, Monroe returned to Beardsley Field to host the New Britain Elite for a doubleheader.

Monroe won game one 8-0. Nico Convertito threw four no hit innings to pick up the win. Reliever, Graham Gabriel, blanked the visitors in the fifth inning to complete the combined shutout.

Ethan Fonck went 2 for 3, driving in 4 runs, and Garamella helped his own cause with a 2 RBI double deep go left field in the first inning.