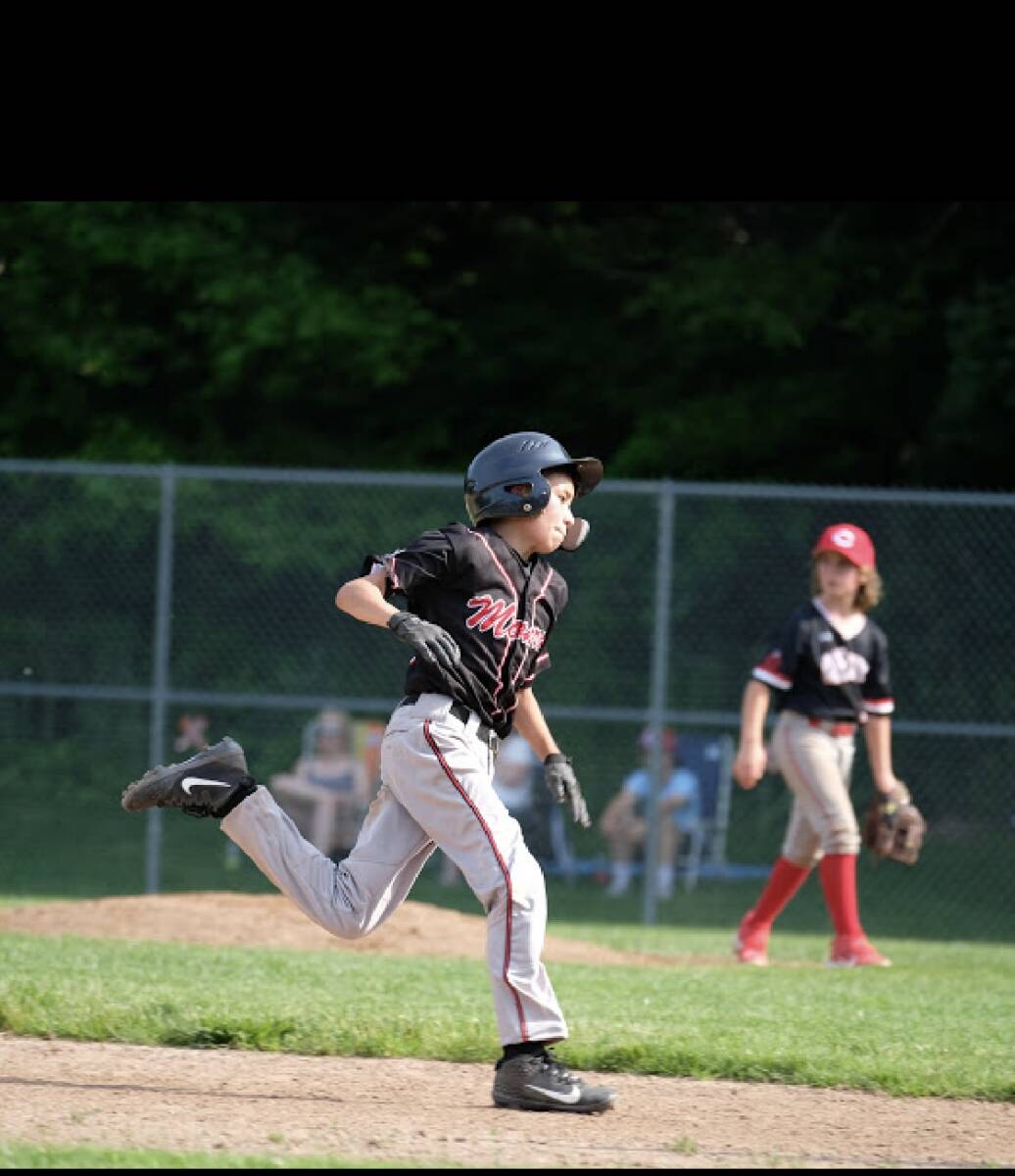 Owen Mok runs the bases in Monroe 12u's 14-6 victory over the Cheshire Reds at McNamara field Saturday. Moe was perfect at the plate, going 4 for 4 in game two of the doubleheader.

Monroe ace Steven Curtin pitched a complete game 1 hitter in game one, allowing no earned runs and striking out 14, while leading the visitors to a 7-1 victory. Curtin also had a big day at the plate, going 3 for 3 with a double.

Other notable performers in game one were shortstop Justin Fanning, who went 2 for 3 with an RBI single in the first inning, and Nico Convertito who also went 2 for 3.

Monroe pitcher Justin Fanning picked up the win by pitching a complete game, in which he allowed 3 earned runs, while keeping the Reds off balance with a mix of fastballs and curveballs.

Owen Mok led Monroe’s offensive explosion, going 4 for 4 with a double and 2 RBI’s. John Mercier went 3 for 4 with a walk and Curtin’s hot hitting continued, as he went 2 for 3 in game two. Al Morgenthaler also made good contact, going 2 for 3 with 2 RBI’s.

Second baseman JD Bortzfield had a defensive gem, making the play of the day with an acrobatic jumping catch that he turned into a double play.

Coach Joe Gialanella’s team is playing today (Sunday) with another doubleheader, this time at home against the New Britain Elite. The game started at 4 p.m. at Beardsley field.