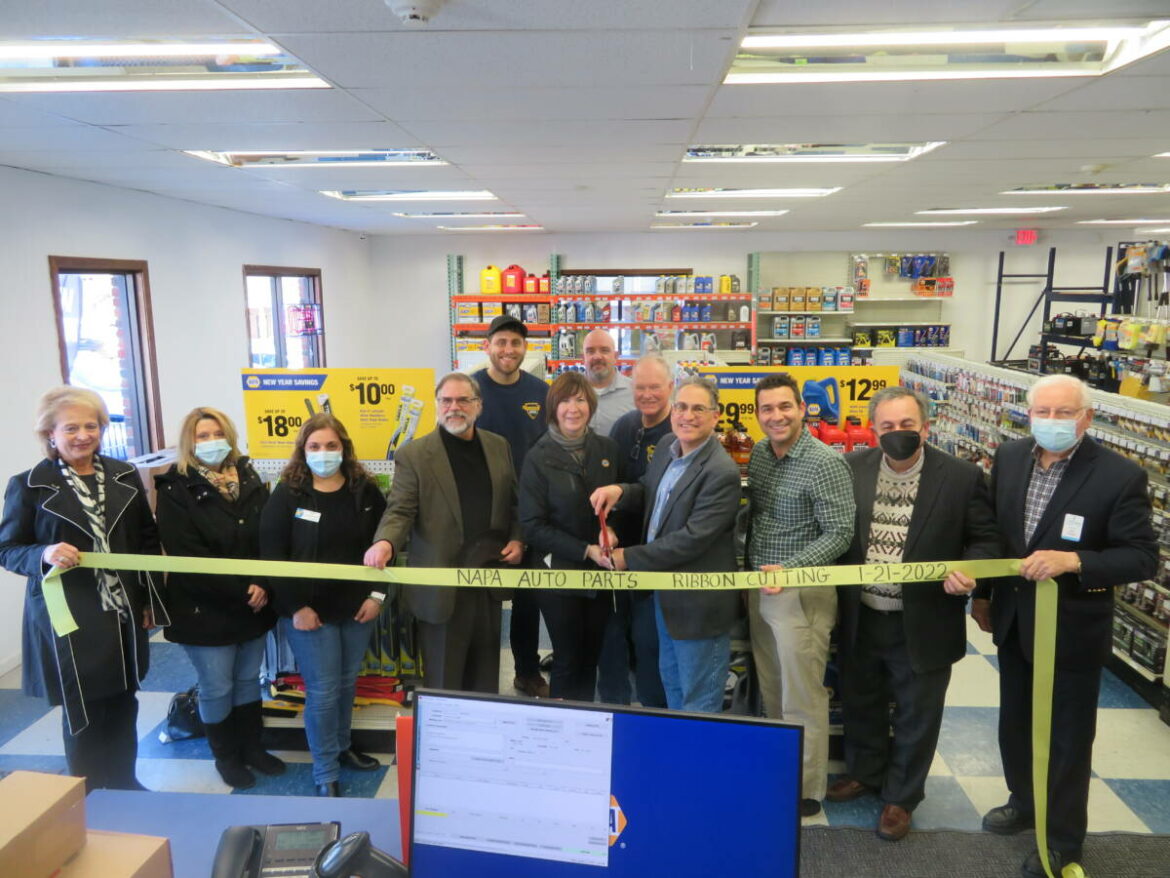 MONROE, CT — Daniel Boyce suffered a major financial blow 22 years ago, before getting back on his feet, buying a NAPA Auto Parts store in Stratford, and running it well enough to be in a position to buy four more locations, including one at the corner of Cross Hill Road and Route 111 in Monroe.

Prior to his recent success, Boyce had owned a thriving business, Sailways, Inc., a sailboard retailer headquartered in Fairfield. But a sale to a dot-com company fell apart during the dot-com crash.

“I lost millions,” Boyce recalled, then he smiled, adding, “my wife always told me I can take a punch.”

In 2001, a friend had told Boyce that NAPA Auto Parts was offering financing for people to open new stores and he took advantage of the opportunity.

“I’ve never been overly concerned with knowing what business I was going into,” said Boyce, who simply applies his knowledge of how to run a successful business to whatever venture he takes on.

Though he did not have a background in cars, Boyce, who grew up in Bridgeport, said his grandfather’s brothers started Connecticut’s first auto parts store, City Auto in Bridgeport, in 1916.

“They had single digit license plates,” Boyce said of the time period.

He met with company representatives in Atlanta to arrange the financing to buy his first NAPA store in Stratford.

“We had been talking about expanding for years and the opportunity to buy this group opened up,” Dawn said. “We’re excited about it.”

Anthony Daub, who is engaged to the Boyces’ daughter, Allison, joined the business after deciding to leave a law firm. Daub is vice president of Klover, Inc.

“He has been invaluable in the transition from one to five stores and has been working late hours getting the Monroe location ready to open,” Dawn said. “We couldn’t have done it without him.” 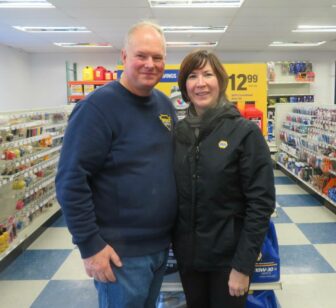 Daniel and Dawn Boyce, who own a NAPA Auto Parts store in Stratford, recently acquired four more locations, including a store on Route 111 in Monroe.

Boyce bought A&G Auto Parts at 75 Main St. in Monroe, closed it, and then opened NAPA Auto Parts at 495 Monroe Turnpike, a space in which a former NAPA store closed over four years ago.

He said they were able to hire seven employees of the A&G store, adding the remaining two left of their own volition.

The Monroe NAPA store is open Monday through Friday from 8 a.m. to 5 p.m. and Saturday from 8 a.m. to 2 p.m. Boyce said he plans to expand, offering later hours and being open seven-days-a-week, once he hires more full-time staff.

Town officials gathered inside the NAPA Auto Parts store on Monroe Turnpike for a ribbon cutting ceremony late Friday afternoon. First Selectman Ken Kellogg did the honors with an oversize pair of scissors.

“We’re so excited on behalf of the town to have you here,” Kellogg told Daniel and Dawn Boyce. “We wish you many years of success.”

“We’re very excited about this new establishment,” Giovanni said. “Monroe is all about family businesses. You can see their commitment to their customers, their brand, to each other and the town, so we’re very proud of that.”

William Holsworth, the town’s community and economic recovery coordinator, also took part in the event, along with several Chamber and EDC members.

NAPA’s shelves is stocked with motor oil, car batteries and other products and accessories. In addition to customers who walk into their stores, Dawn said they deliver parts to repair shops, dealerships and municipalities. In fact, Holsworth said the Monroe Department of Public Works already reached out to the new store.

“We have staff who are knowledgeable,” Dawn said, adding it is not uncommon for employees to go out of their way for customers. For instance, installing windshield wipers for someone who asks. “We strive for that personal touch,” she said.

“We try to treat people with respect,” Boyce said. “We’re interested in giving old fashioned service and take care of you as if you’re a family member. That’s why we’re successful. When you come here, we’re going to solve your problem right away.”

“It’s great to be in Monroe,” he said. “This is going to be a great store here. We’re going to do very well, because there’s no one like us.”