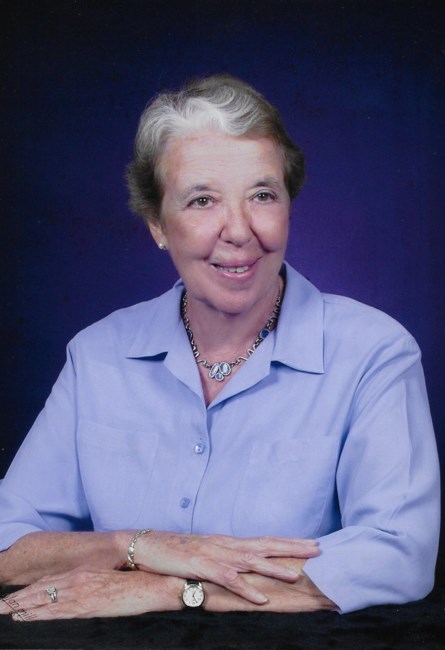 Merna Benedict Goett, died peacefully at her home in Monroe on Feb. 28, surrounded by her loving family.

Merna was born to Nelson and Merna (Elliman) Bingham on St. Patrick’s Day, 1932 in Montclair, N.J. Following the tragic death of her mother soon after childbirth, Merna was raised by her maternal grandparents in Hudson, Ohio.

At OSU she met her husband, William D. Benedict, who was pursing his PhD. After they married in 1953, Merna worked as a pharmacist while Bill completed his studies. They also welcomed their first child, Rebecca, while living in Ohio. After Bill was awarded his doctorate, Merna and family moved back to Stepney, Conn., to Bill’s family farmstead and business, now Benedict’s Home & Garden.

In Connecticut, Merna’s family grew with the addition of sons, Bruce and Mark and daughter, Jane. Throughout the 1960s, Merna kept extremely busy raising her children, freezing and canning the bounty of fruits and vegetables and meat from the family farm, extending the family budget through sales of chicken eggs (delivered!) and working part-time at the local pharmacy. She was an active member of the Monroe Mother’s Club where she met some of her life-long friends.

Merna and Bill enjoyed square dancing with the Rockin’ Roosters square dance club and they both were active participants in Christ Church Tashua in Trumbull. Bill passed away in 1973 after an extended illness.

Following Jack’s death in 1995, Merna continued to travel extensively, and she relished taking each of her grandchildren individually to national parks and elder hostel sites throughout the U.S.

Merna was a very generous and kind person. She kept an impeccable home and worked tirelessly throughout her life. She was extremely proud of her entire family and instilled in each of her offspring a strong work ethic and unshakable family values.

Merna was heartbroken in the last year of her life at the loss of her youngest child, Jane, to cancer.

The family wishes to acknowledge the incredible full-time care provided over the last year by Ms. Ellie Shepherd whose compassion and dedication to Merna provided her with dignity and allowed her to live out her final days in the familiar setting of her home of nearly 64 years. In lieu of flowers, a memorial donation can be made to the Christ Church Trumbull (Tashua) 5170 Madison Ave., Trumbull, CT 06611, National Park Foundation or to a charity of your choice.

The family will hold a memorial service and celebration of Merna’s life at a later date when larger social gatherings can be safely hosted. Online condolences may be left at SpadaccinoFuneralHome.com.