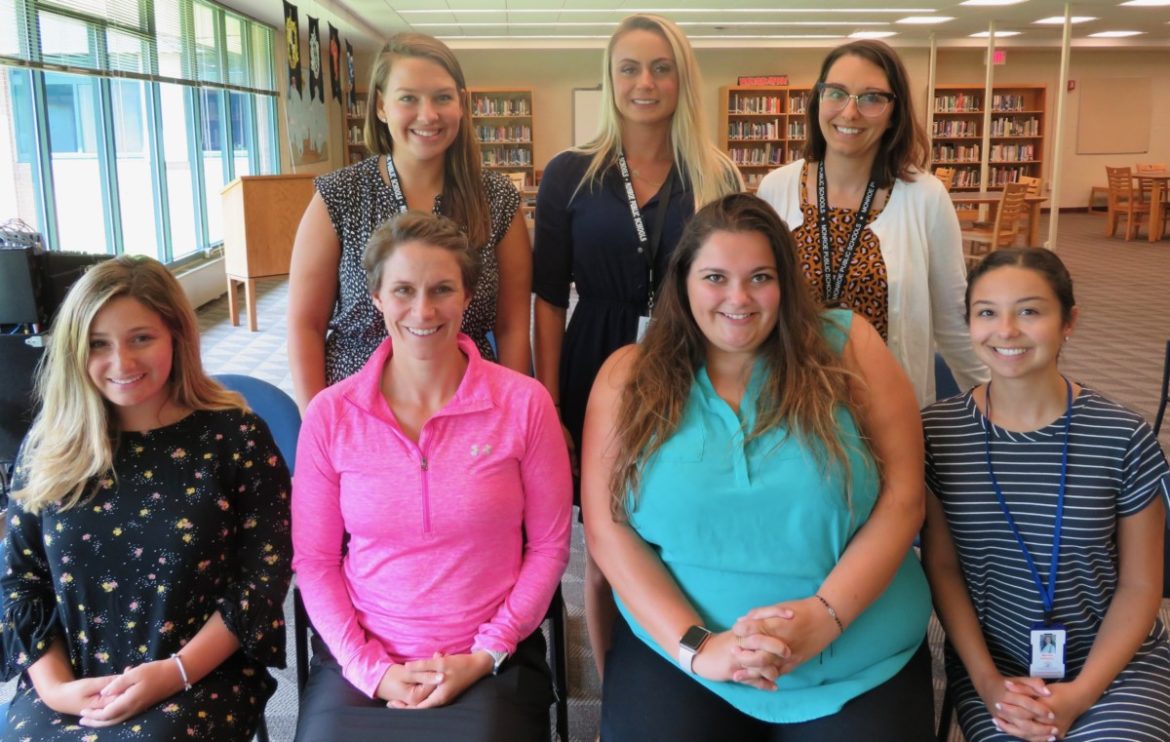 Assistant Superintendent of Schools Joseph Kobza spoke to the school district’s new group of educators in the library of Masuk High School during a teacher orientation Thursday morning.

Among the new faces, Monroe public schools will start the 2019-20 academic year with one Stepney Elementary School teacher, four at Fawn Hollow Elementary, a speech therapist at Monroe Elementary and a new social worker for the entire district.

“I’ve worked with them the last day-and-a-half at Teacher Orientation and they’re just a super bunch, very eager to get started,” Kobza said. “They had some really rich discussions throughout the orientation process.”

“We’re very excited by the quality of the individuals, who are joining us,” said Superintendent of Schools Jack Zamary. “Every single one of them is exceptional at what they do, so we’re just so excited for them to meet the team.” 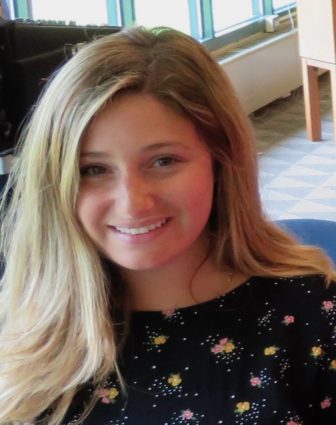 Kristina Falconieri grew up in Shelton and graduated from Southern Connecticut State University in 2016.

She was the building substitute at Monroe Elementary School and this year Falconieri will teach her own kindergarten students at Stepney.

“I’m very excited,” she said. “I want to meet my kids and I’m ready to start the year.”

Parents and incoming students can meet Falconieri at an ice cream social at the school Monday at 5 p.m.

Falconieri has already set up her classroom for the first day of school on Wednesday, Aug. 28.

Of what made her want to teach, Falconieri said it’s “just making a difference and helping students learn and succeed. I used to teach preschool. I feel at home with the little ones.” 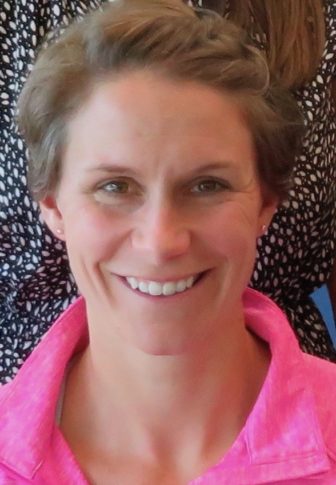 Jenna Rice taught at Naples Elementary School on a military base in Naples, Italy, for three years before being hired as a physical education teacher at Fawn Hollow.

Her husband, Steve, was a Navy pilot who is now in the Reserves. The couple lives in Monroe, where they are raising their two young children.

“I’m really excited to be in the community,” she said, adding her two children will eventually go to school in the district.

“I’m excited about meeting the people who are going to impact their lives, and to impact so many kids myself,” she said. 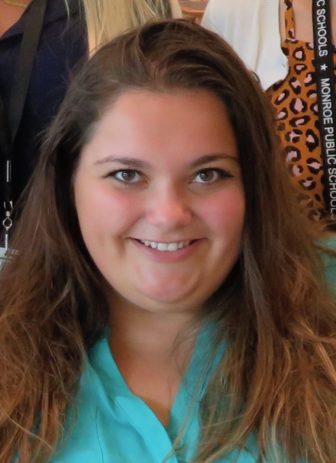 Victoria Rrapi, who lives in Monroe, taught a pre-K program at Goddard School in town for two years, before being hired as the long term substitute art teacher at Fawn Hollow.

“I’m excited to start decorating the school and to meet the students,” Rrapi said. “Fawn Hollow has over 560 students and I will be teaching the whole school.

What Rrapi enjoys most about teaching is, “seeing how creative kids can get and the uniqueness of their point of view on things. Nothing is ever the same. It’s always different.”

Marisa DeSanty taught one year at Ox Ridge Elementary School in Darien and this fall she will teach fourth-graders at Fawn Hollow. 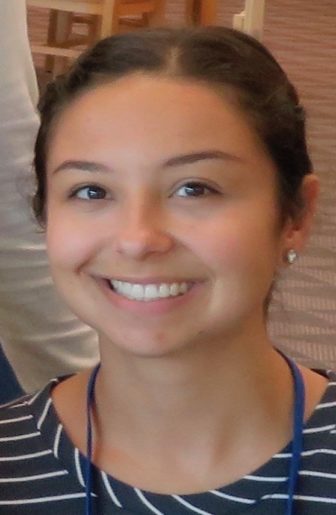 “I’m really excited,” DeSanty said. “Monroe has been welcoming already, which is awesome because I have a lot of questions. I can’t wait to meet the kids. I’ve seen their names all summer, so to put the names with the faces will be great.”

DeSanty said there was a Step Up event in June where teachers met their students, but she was still working at her previous job and could not attend.

Of that she likes most about teaching, DeSanty said, “the connections with the kids, just coming in and seeing them every day. Forming relationships is the best part of the job.”

DeSanty grew up in Trumbull and went to Trumbull High School with Jessica Komerowski, who is also starting her first year as a fourth-grade teacher at Fawn Hollow this fall. 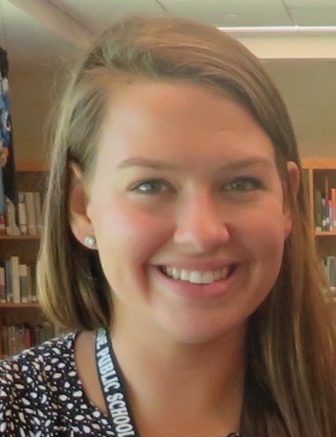 When Jessica Komerowski embarks on her teaching career at Fawn Hollow it will be her first job after graduating from the University of Connecticut, where she earned her Master’s degree in May.

“I feel very fortunate,” Komerowski said of landing her new job. “I’m so excited to get started and I’m trying to balance some of the ideas I’ve had in my mind the last couple years for my classroom with just being kind to myself.”

“My mom was a teacher,” Komerowski said. “She has been a guiding force for me the last 10 years.”

When Komerowski was in high school and knew she wanted to be a teacher herself, she would go to her mother’s classroom to soak up all the knowledge she could, while helping her mother to set things up.

Komerowski had an internship at a school in Windham under the tutelage of a fourth grade teacher. “She had a passion for this age group and everything she was teaching there,” Komerowski said. “Students are young, but independent at that age, which was nice.” 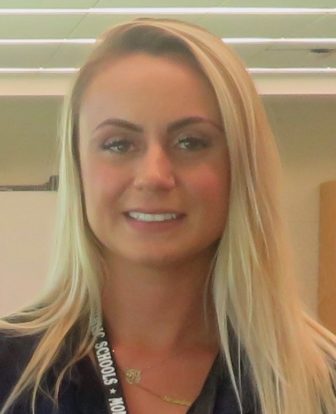 Alexandra Nelson grew up in Monroe, but went to Catholic school. Nelson’s childhood influenced her decision to become a speech therapist.

“There were some kids with needs in school and nothing was really modified for them, so if they didn’t get it, they didn’t get it,” Nelson recalled. “I wanted to know more. I grew up with a kid across the street, who had autism, and it got me interested in different ways of learning. The norm isn’t always correct. I have to reroute what I think, so everyone can learn.”

Nelson earned her undergraduate degree at UConn and went on to earn her Master’s degree from Sacred Heart University.

While at SHU, Nelson did rotations, working three to four days a week as a speech therapist at Monroe Elementary School under the guidance of Barbara Lazarus.

“She was my mentor,” Nelson said. “I always thought, ‘if I make it to Monroe public schools, I’m never leaving.’ It’s where I want to be. It was such a good experience.”

Nelson said Lazarus made the biggest impact on her decision to be in a school with younger children.

Nelson went on to work at the Ahlbin Rehabilitation Center in Bridgeport, but kept in touch with Lazarus, who she considers a friend.

Nelson said, “she told me she was retiring and I said, ‘I want your job.'”

As an added perk, Nelson said she will work with the same children who were in preschool when she interned at Monroe Elementary School.

“Now they’re my kids in my caseloads,” she said of her students, who are now second and third graders. “They were the ones that got me interested and I get to go on the same journey with the same kids.” 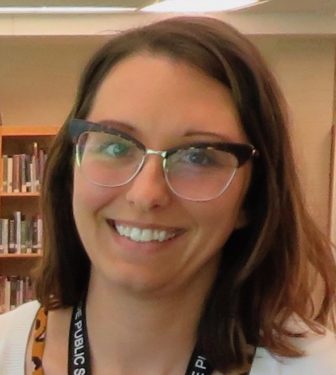 Jessica Champagne, of Oxford, is the new social worker for the school district. Prior to that, she worked at Intensive In-home Child and Adolescent Psychiatric Services (IICAPS) for five years.

“I did a lot of work with schools in IICAPS and worked with kids in crisis and I like the community aspect of the schools,” Champagne said.

Champagne said her hiring seems to be well-received by the school district.

“This seems like it was a position they’ve wanted for a while,” she said. “I believe I’m the only one. Everyone’s been super excited.”

On what she likes most about being a social worker, Champagne said, “I just like being able to see kids’ strength sometimes, even when they don’t see it in themselves.”