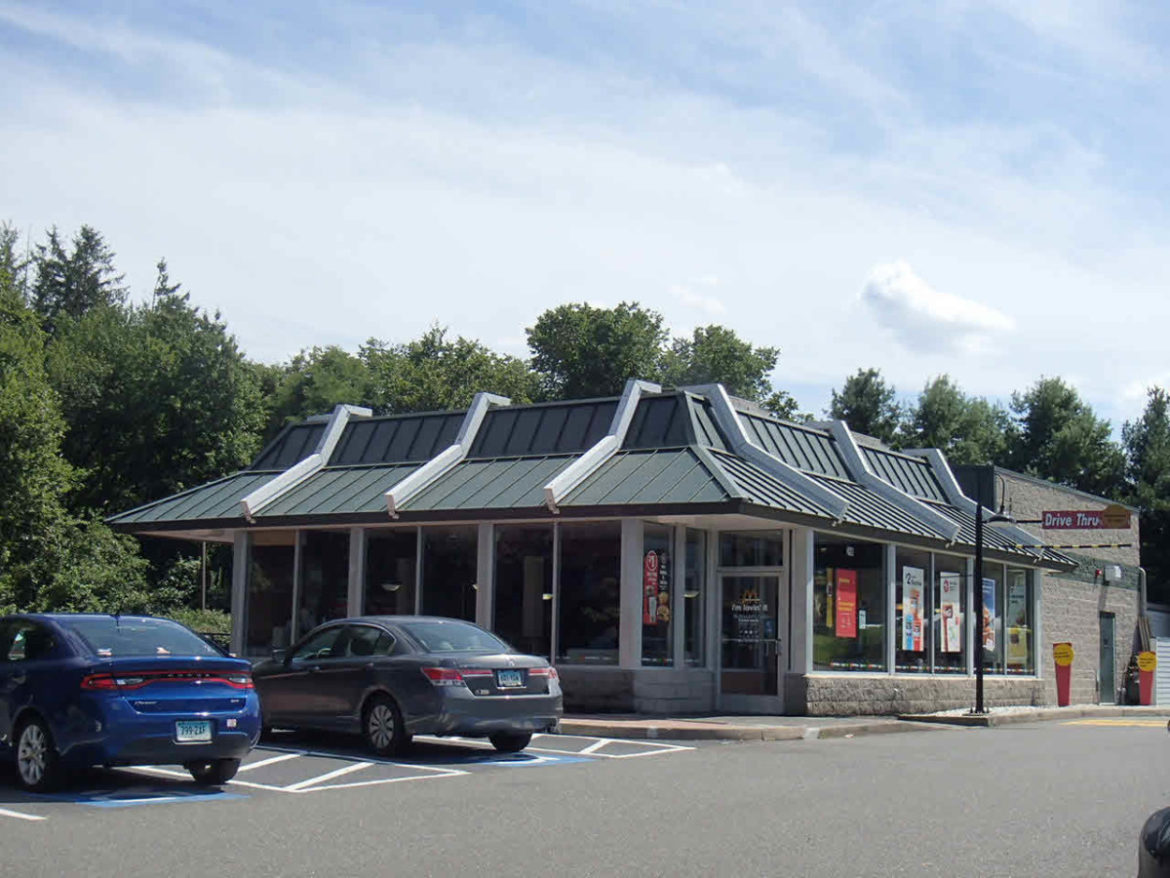 McDonald's is seeking an expanded drive-thru to handle increased demand in that part of its business. Field Card Photo

MONROE, CT — McDonald’s wants to expand its single lane drive-thru to a double drive-thru to keep orders and traffic moving outside its restaurant at 390 Monroe Turnpike.

Attorney Christopher Russo, of Russo & Rizio LLC in Fairfield, presented the proposal to the Inland Wetlands Commission at a remote meeting last week.

“McDonald’s is looking to work within the existing development area of their site and expand from a single to a double drive-thru,” he said, adding  the work would also involve refacing the exterior facade of the building.

Currently, vehicles drive on pavement to the menu board, then on concrete. Russo said pavement would be removed and concrete would cover the entire drive-thru area.

“But that’s really all that’s happening,” he said. “There’s no change in the drainage. They’re just working within what’s there now in updating this site. There is a gate that starts at the dumpster enclosure. It’s a six foot wood fence. It runs the entire length of the property. It stops short of Monroe Turnpike — and that protects it from the wetlands. There’s no real threat of impact on the wetlands, so we ask for agent approval.”

On Wednesday, the Inland Wetlands Commission voted unanimously to allow McDonald’s to seek an agent approval from Denise Halstead, the town’s wetlands agent and inland wetlands coordinator, rather than requiring a hearing.

However, before McDonald’s site plan application comes before the Planning and Zoning Commission, Halstead let Russo know the changes the restaurant is seeking would require four more parking spaces.

Russo said McDonald’s might ask for a waiver, because the fast food chain’s business has changed, resulting in renovations to restaurants at numerous locations, including Newington, Simsbury and Greenwich.

“They clearly don’t need this many parking spaces, because 75 percent of their business comes through the drive-thru,” Russo said, “and with the pandemic, it was 100 percent. Since the pandemic, it’s going to be even more so a drive-thru business, so we’re going to ask for a variance for any change to this site.”