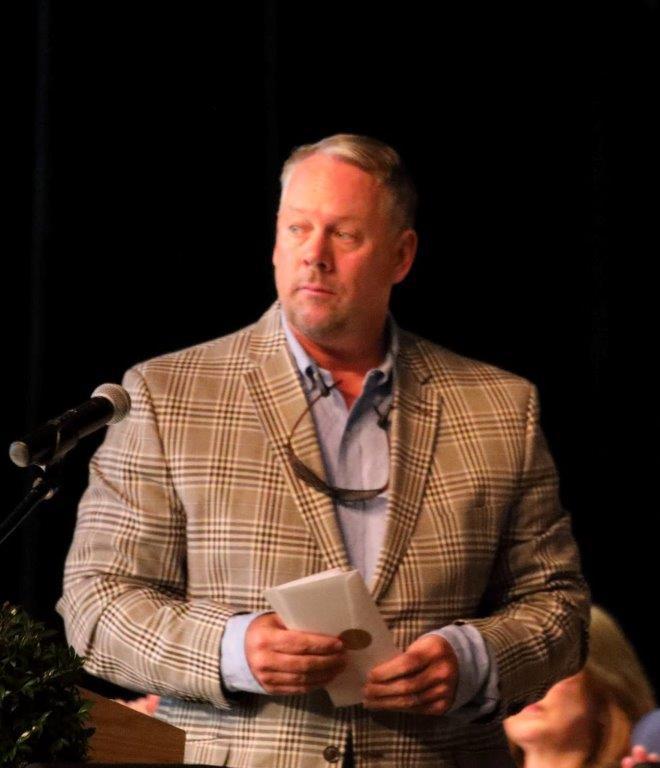 Craig Semple took over as Masuk's AD this year and is enjoying the experience.

With the fall season wrapping up, Semple reflects positively on the start of his tenure.

“My experience at Masuk thus far has been welcoming and supported by the school and central office administration and school community,” Semple said. “The coaches and student athletes and I are getting to know each other.”

On the field — as well as the court, cross country course and in the pool — the Panthers have given fans plenty to cheer about.

“Overall, I’m pleased that all our teams qualified for the State Tournaments. Obviously, some teams are stronger than others, but I have observed our coaches working diligently with the student athletes within their individual programs and I saw significant developmental improvements in our play,” Semple said. “Our vision is to be a culture that our athletes challenge themselves every day, working on the details academically and athletically.”

Masuk’s athletic director, who spent 18 years as AD in Madison, notes that the athletes have a lot of responsibility, well beyond trying to be victorious in games.

“Our student-athletes will need to make the commitment to dedicate themselves to be the best version of themselves. It will happen, it will just take time and a concerted effort every day. The way we will get there is from total support from the parents and community,” Semple said. “Education-based athletics require student athletes to be selfless and our team leaders will need to be servant in nature to help all their teammates understand their roles, responsibilities and being accountable for all their actions on field, classroom and community.”

Semple said the work of boosters is beneficial to the many sports programs Masuk offers.

“I am proud of the efforts of the All Booster Group led by Stephanie Batch and Kris Yeager. They organized an awesome golf tournament and their efforts have made significant contributions to our programs in so many ways,” he said.

Additionally, Chris Tierney was the grant writer for the fitness center, Semple notes. Masuk is starting the process of securing equipment for a facility that will be of great benefit to the athletes.

“Our teams also fundraise for their individual teams to offset the costs of banquets and Panther merchandise that they wear to represent their team,” he added.

As fall gives way to winter the sports change. Within the change of season there are some new things going on in coaching at Masuk.

“I’m looking forward to the next season. We have a new head girls basketball coach in Dan Young, who is also a social studies teacher in the building, and we elevated Sarah Barrett to head indoor track coach for girls and boys teams,” Semple said. “And we have hired a host of many new assistants that are very enthusiastic about coaching our Panthers.”