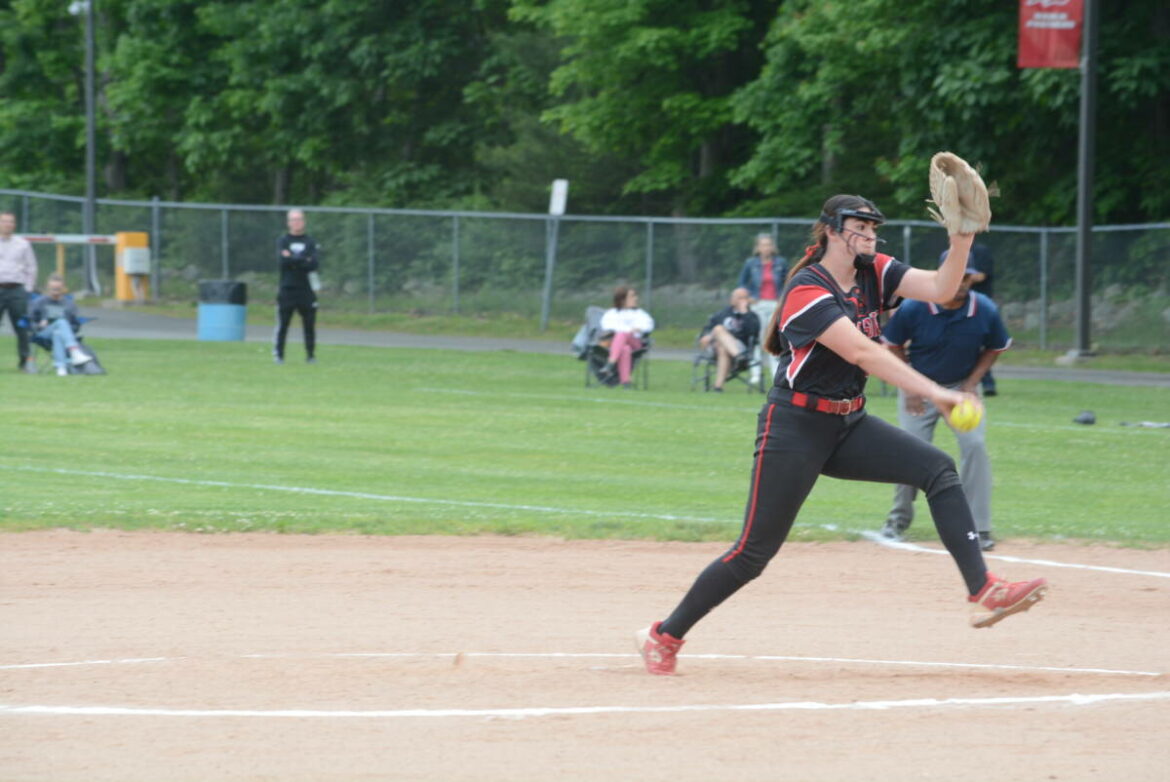 Masuk pitcher Kat Gallant struck out 12 and knocked in the winning run in a 2-1 win over St. Joes. Here she throws a pitch against North Haven.

MONROE, CT — Kat Gallant doubled home the decisive run in the bottom of the seventh inning to send the Masuk High softball team to a 2-1 victory over visiting St. Joseph in the Class L State Tournament quarterfinals on Friday.

Gallant had two hits and two walks, and pitched the top-seed Panthers past No. 9 St. Joes for Masuk’s second 2-1 victory over the Cadets this spring. 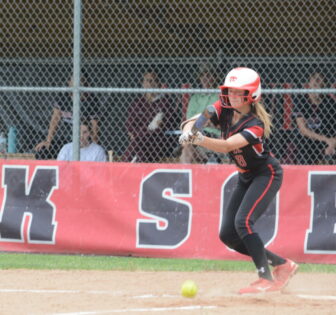 Ella Bunovsky lays down a sacrifice bunt against North Haven in Masuk’s 4-0 win over North Haven.

Sarah Falcone had a hit and an RBI. Emma West Testo had two hits, and Izzy Viglione and Ella Bunovsky both had hits in the win. Masuk seized a 1-0 lead in the fourth and the Cadets tied the game in the fifth.

The Panthers will take on No. 21 Bristol Eastern in the semifinals at West Haven High School this Monday at 4 p.m.