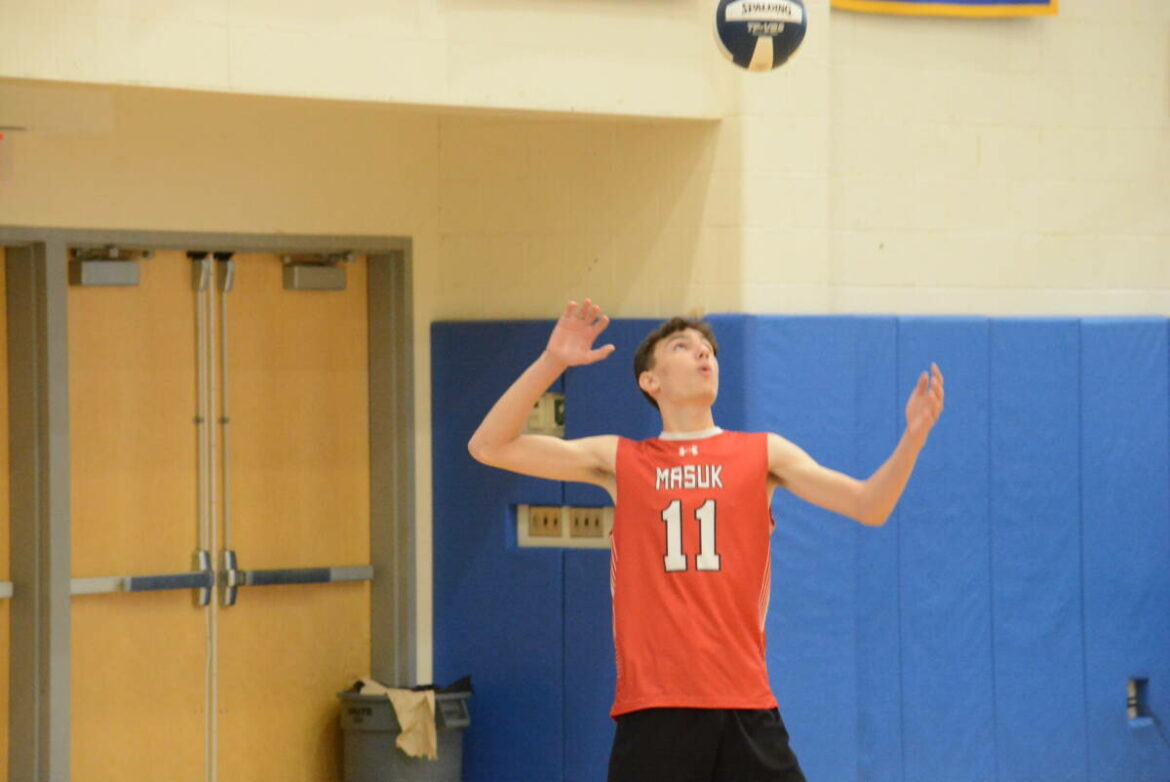 Owen Smith serves for Masuk in the Panthers' SWC tourney semifinal win over Newtown. He had two blocks in Wednesday's state tournament win over Putnam.

With the win, the Panthers earn a trip to third seed New Canaan in the quarterfinals on Friday, at 6 p.m.

The Panthers were led by Nate McCauley’s 16 kills and Ryan Barringer’s seven kills. Masuk racked up a dozen aces, led by three from Ethan Rentz.

Owen Smith had two blocks. Masuk needed to compile just nine digs as a team — Nathan Kurkoski had three of them to go along with his 21 assists. Rentz had two digs.