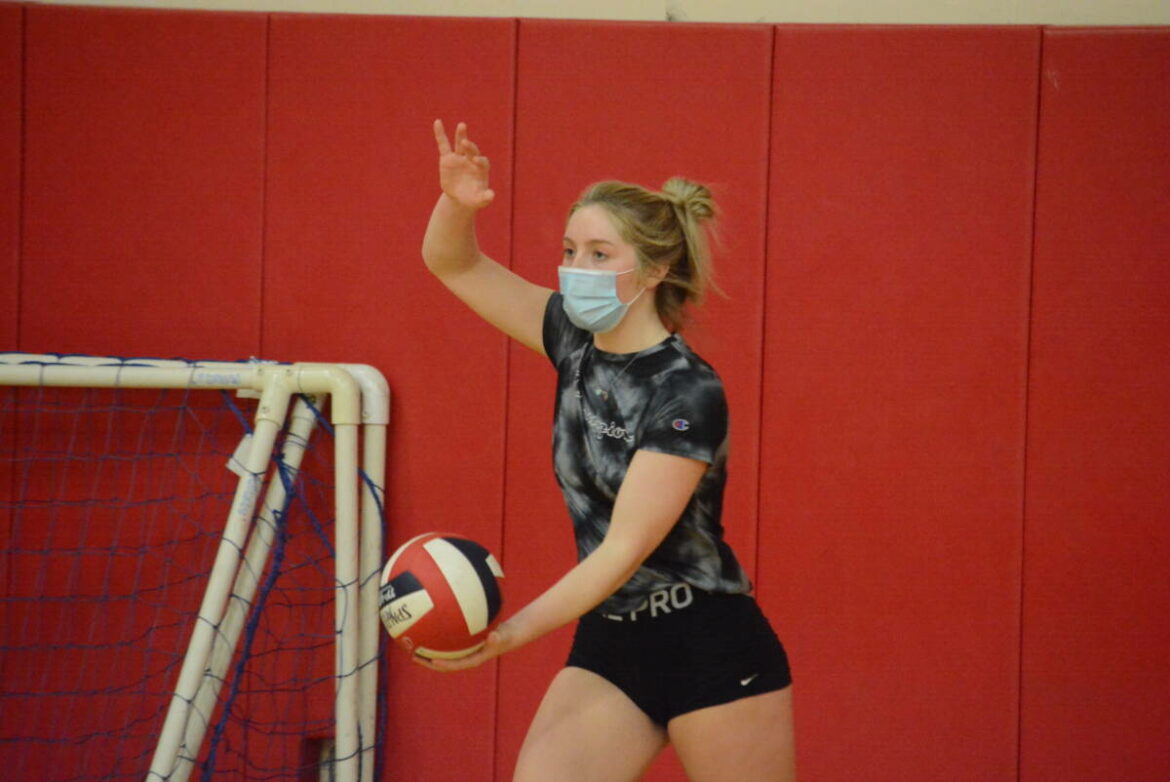 The Panthers can rely on the leadership of Kailey Kusik, a team captain and the Masuk girls' volleyball team's only returning starter.

MONROE, CT — It may be a rebuilding season for the Masuk High girls’ volleyball team. But, following the graduation of nine players Coach Carol Ortiz still has her sights set on continued success.

The coach is hopeful her squad can be among the top four in the South-West Conference for a third consecutive year.

“I think it’s attainable. I keep telling them that it’s going to be a long journey — a long journey ahead. But the future looks promising,” Ortiz said.

Masuk’s coach is referring not to seasons down the road, but rather this season. The Panthers, she anticipates, will make major strides as the season unfolds.

Things stand to be tough out of the gate with out-of-conference clashes against four teams out of the tough FCIAC: Greenwich, Trumbull, New Canaan and St. Joseph of Trumbull. The start of conference play is no picnic with nine-time champion Joel Barlow of Redding awaiting. It all gets started Sept. 9 when Greenwich visits at 6 p.m.

“It’s going to be a tough early season,” Ortiz said.

Masuk was runner-up to Barlow in the SWC South Division in last year’s coronavirus-altered season. 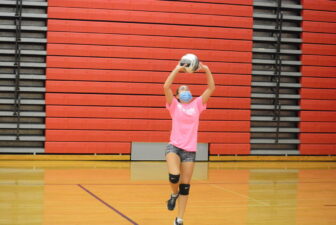 Senior captain, Mary Henry, will be a key player on defense for the Masuk girls’ volleyball team this season.

Ortiz said the lineup is fluid as preseason winds down, noting that Kusick is the team’s only returning starter who is looking to pick up where she left off.

“With the support of Mary Henry and Kathryn Andronowitz on the defensive end and our up and coming sophomores, our goals are very attainable,” Ortiz said.

“Athletes like Hannah Fagan, a sophomore, will be looking to follow in her sister’s footsteps and play a big role in our lineup,” said Ortiz, referring to 2021 graduate Amanda Fagan.

Sophomores Samantha Sullivan and Jenna Dattilo are projected to be a threat on the court as well, the coach added. “We also have a freshman Laura Micu with the potential to control the net in the middle blocker position,” she said.