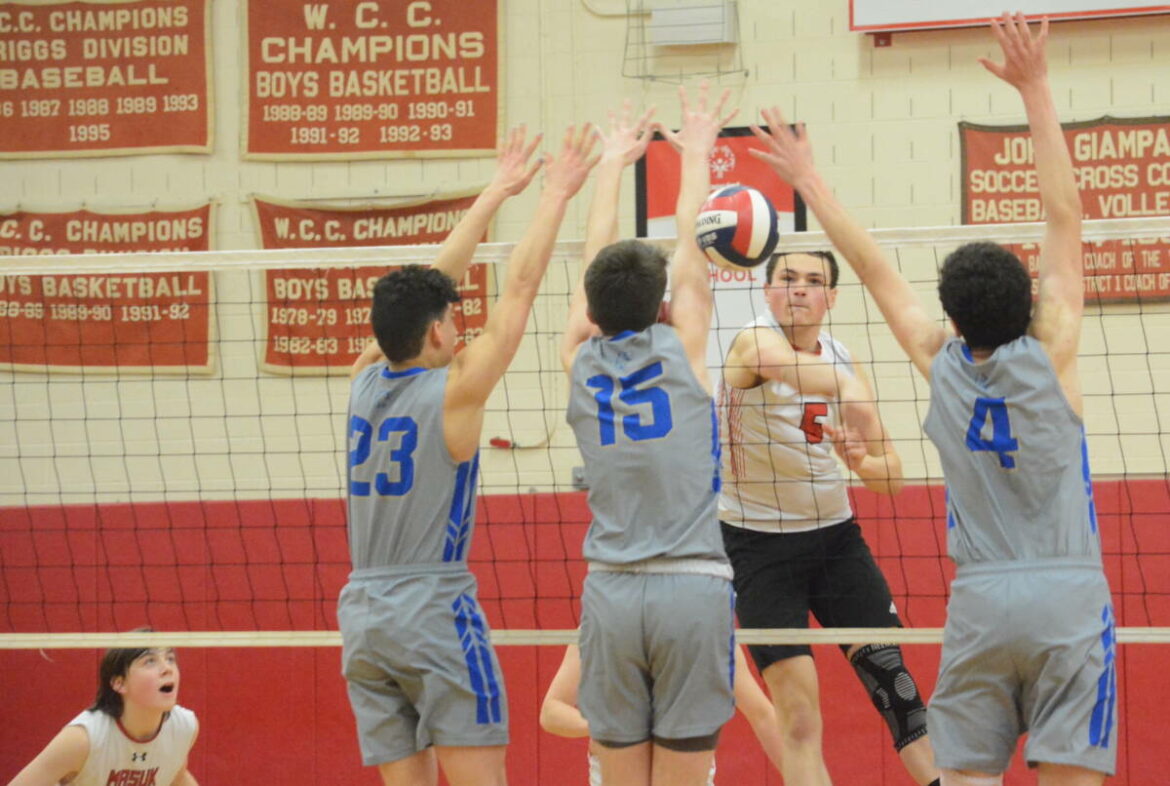 The Nighthawks led 24-20 and were on the verge of victory before Masuk rattled off six straight points. Ryan Barringer’s kill tied things and a pair of hits out of bounds by Newtown capped Masuk’s comeback. 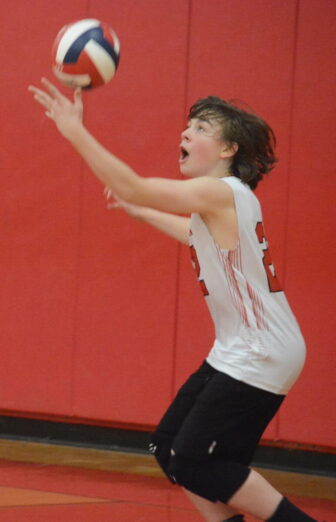 Nathan Kurkoski serves for the Panthers against Newtown.

After Newtown jumped out to a three-point lead in the fifth, the Panthers kept things close. Nate McCauley had a block for a point to make it 4-2 Newtown and Owen Smith recorded back-to-back kills to make it 5-4 in favor of the visitors.

The set continued to be a close one with the Nighthawks seizing four more three-point leads only to see the Panthers claw back to within a point or two each time.

Key hits for points by McCauley and Barringer kept things interesting all the way through.

The Panthers have a rematch with the Hawks, on the road, Monday, April 11 at 6 p.m.