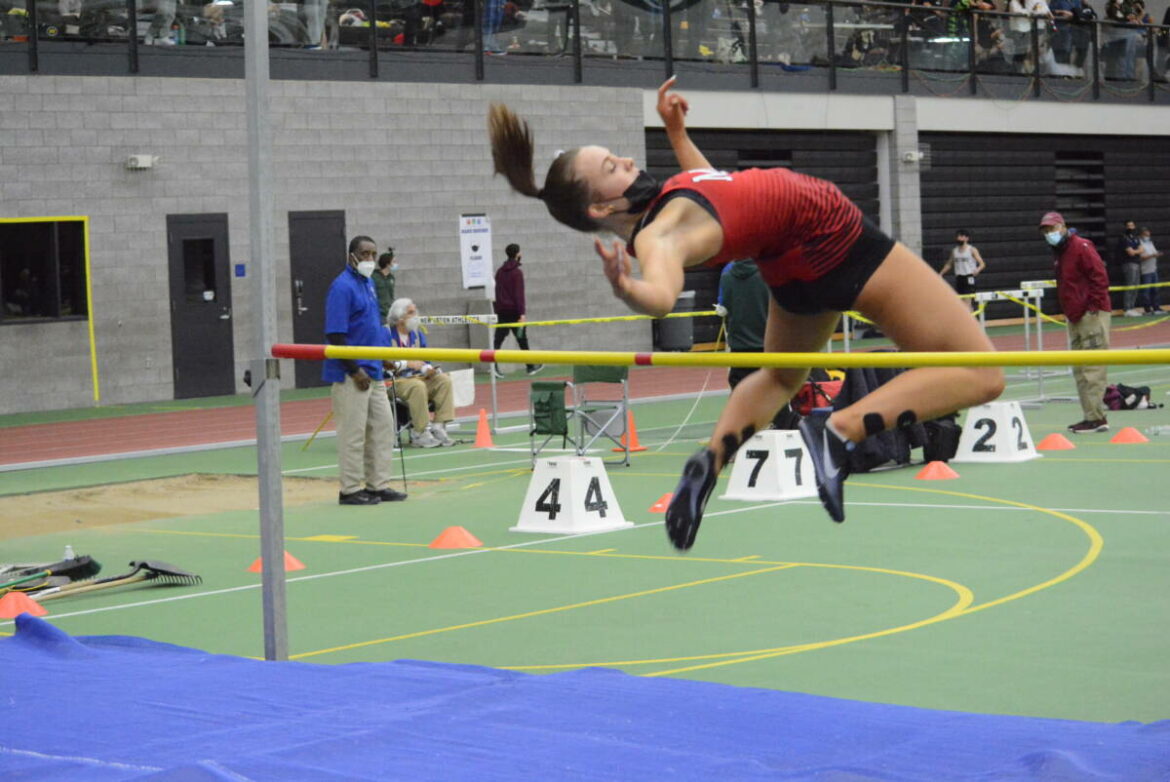 Grace Stephens clears the bar in the high jump, while competing for Masuk in an indoor track meet Saturday.

The girls had a trio of top-five performances by Grace Stephens leading the squad to seventh place overall with 29 points; Newtown won the competition with 85.33 points to dethrone eight-time champ Weston.

Stephens came in second in the pole vault competition with a 9-06 and was third in the 55 hurdles with a personal record time of 8.85.

The 4×200 relay of Grace Walker, Athena Gruner, Ella Bunovsky and Ella Rigby was fourth with a season record time of 1:56.27.

Masuk’s boys had some standout individual performers as the squad placed seventh with 25 points; New Milford won the title with 95. In the shot-put competition, Maxwell Pizzolato was fifth with a throw of 41-04.75. Pizzolato was second in the 55 hurdles, crossing the finish in 8.77 seconds, a personal best.

Jake Dellapiano was third in the 55 dash with a personal record time of 6.82. 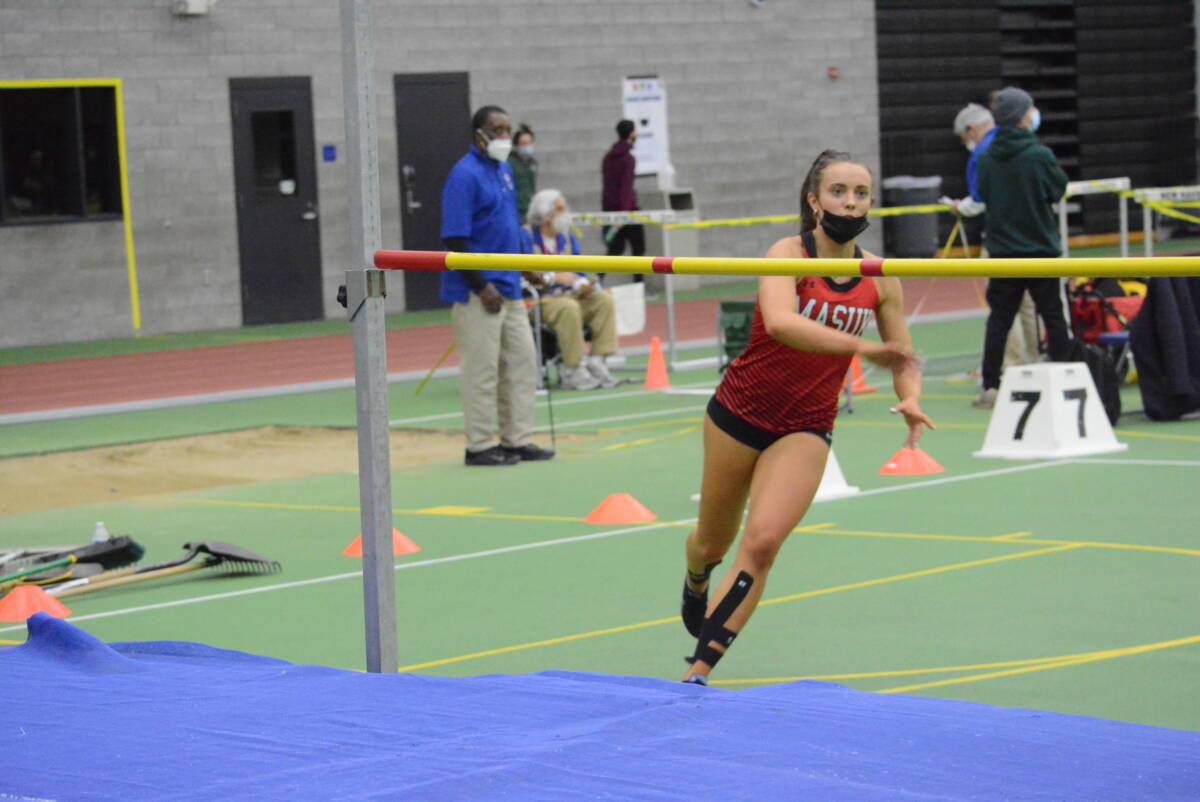 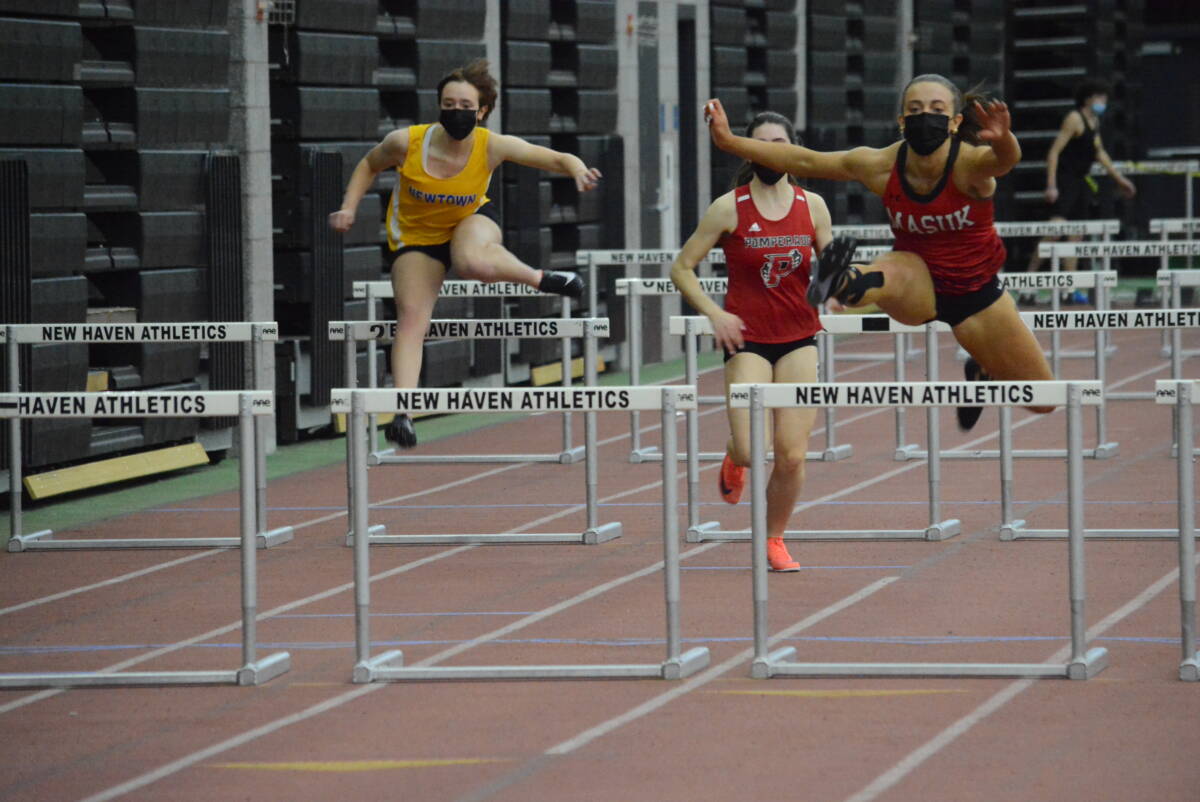 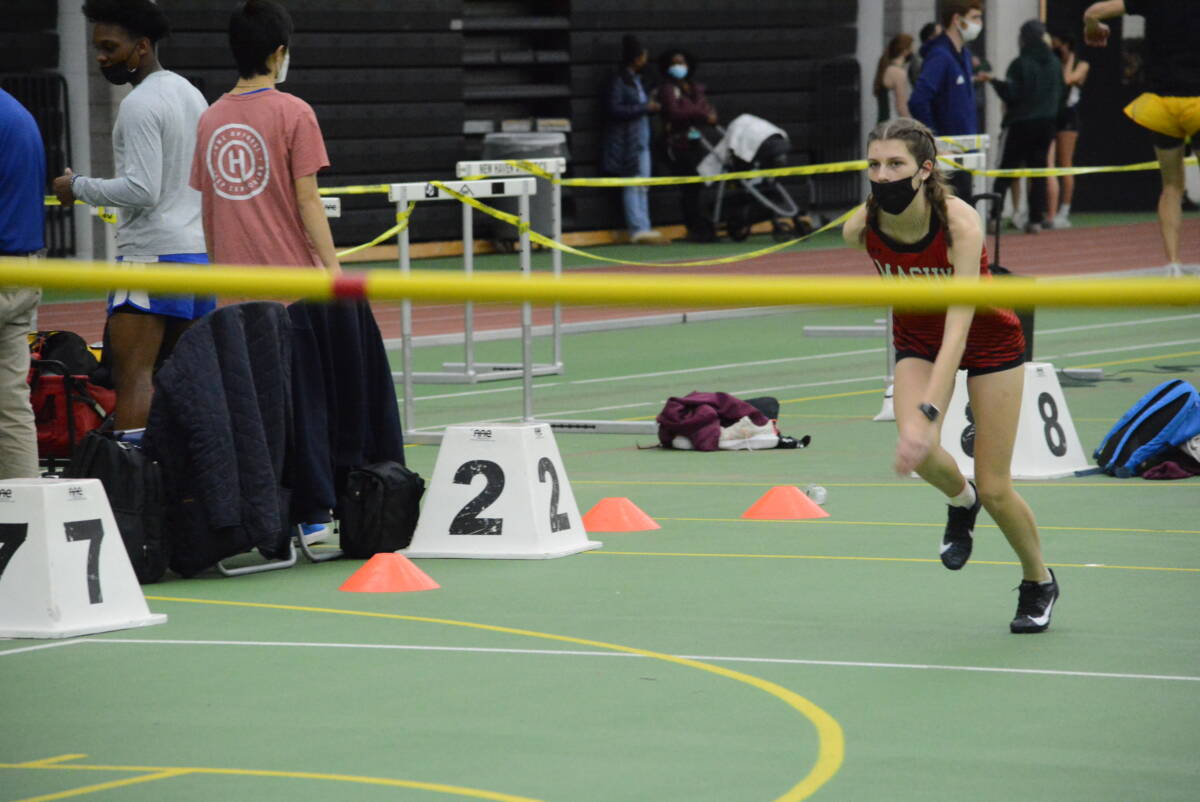 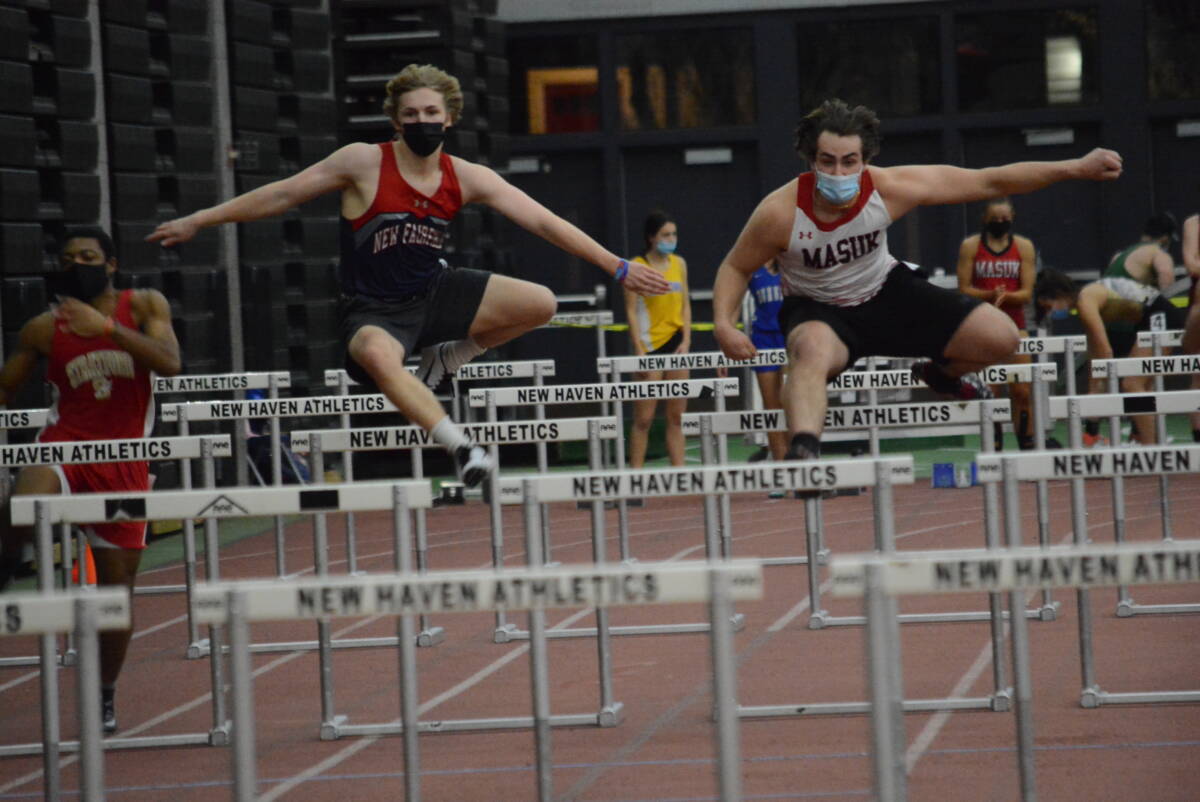 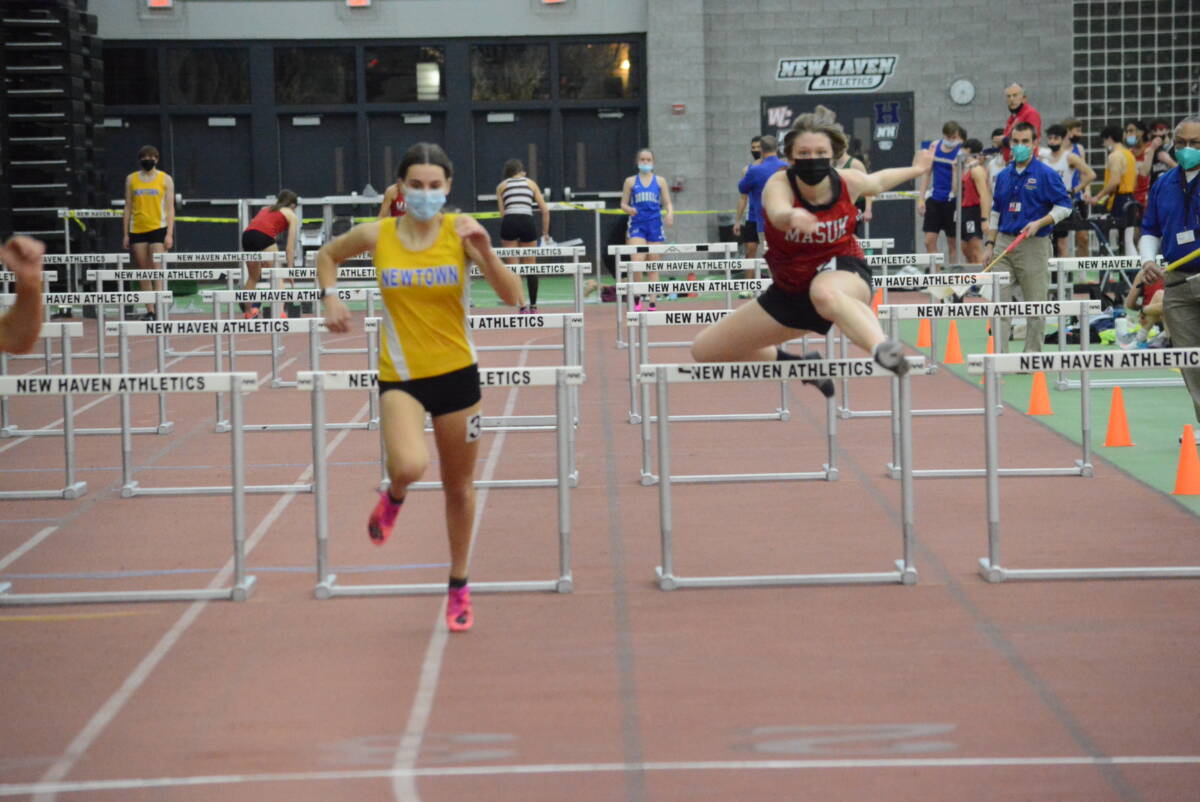