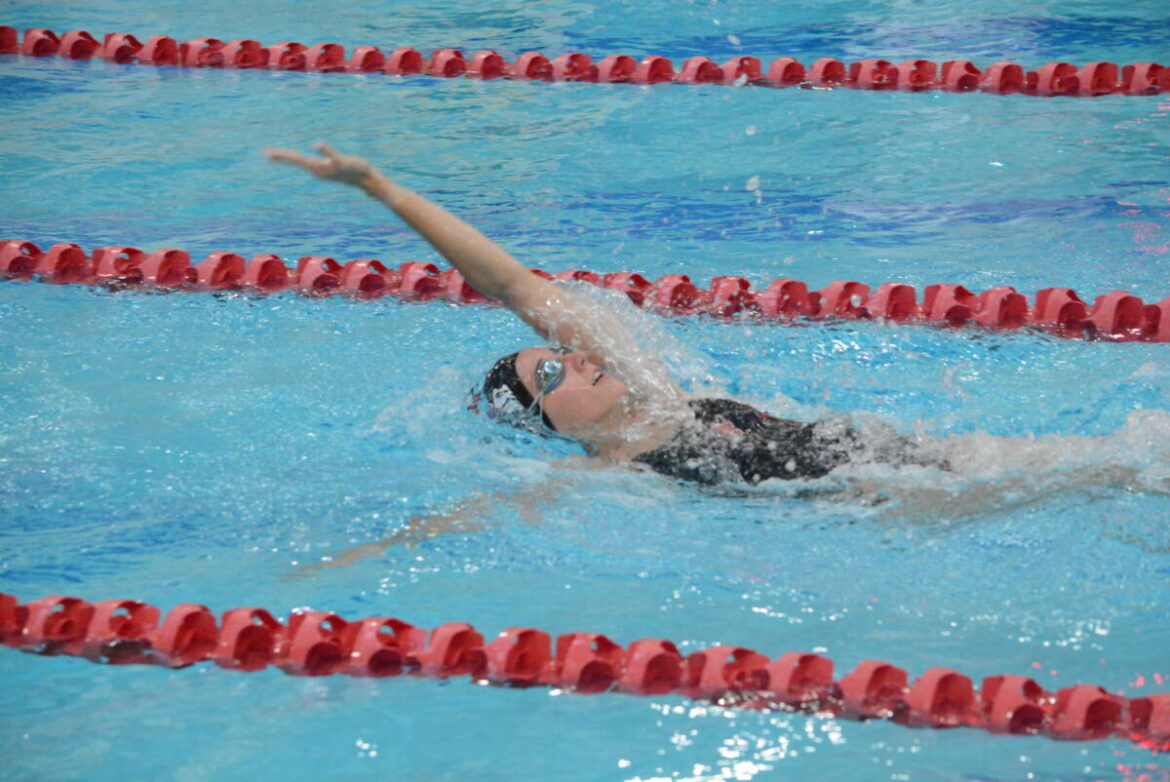 Eva Helmke competes for Masuk during a meet early this season. Helmke had some strong swims in meets against St. Joe's and Pomperaug.

MONROE, CT — Masuk High’s girls’ swimming and diving team was defeated 96-88 by visiting St. Joseph of Trumbull on Sept. 17, but the Panthers had some standout performances in this closely-contested meet. Abby Kirberger had a pair of first-place finishes, and Eva Helmke won an event.

“It was a very close meet, coming down to the very last event keeping the girls, coaches and spectators cheering in anticipation,” Masuk Coach Emily DeMace said.

In a competitive swim, Masuk placed second in the 50 freestyle (Helmke) with a time of 25.61. Helmke was out-touched by fellow Rapids swimmer Dani Tanaka Sales of St. Joes by .50. DeMace said. This was Helmke’s best time of the season in this race.

“Many of the girls swam in different events tonight to mix it up and get the feel for other events. We expanded our horizons and tried to achieve qualifying times in difference races other than what they’re used to swimming,” DeMace said. “Pomperaug has always been a hard team to beat and probably always will. That did not stop our girls from keeping their heads held high and pushing through the water for some best times.” 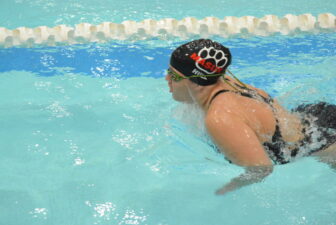 Emily Hull and Masuk will face Joel Barlow on Friday, Sept. 24 at 4 p.m.