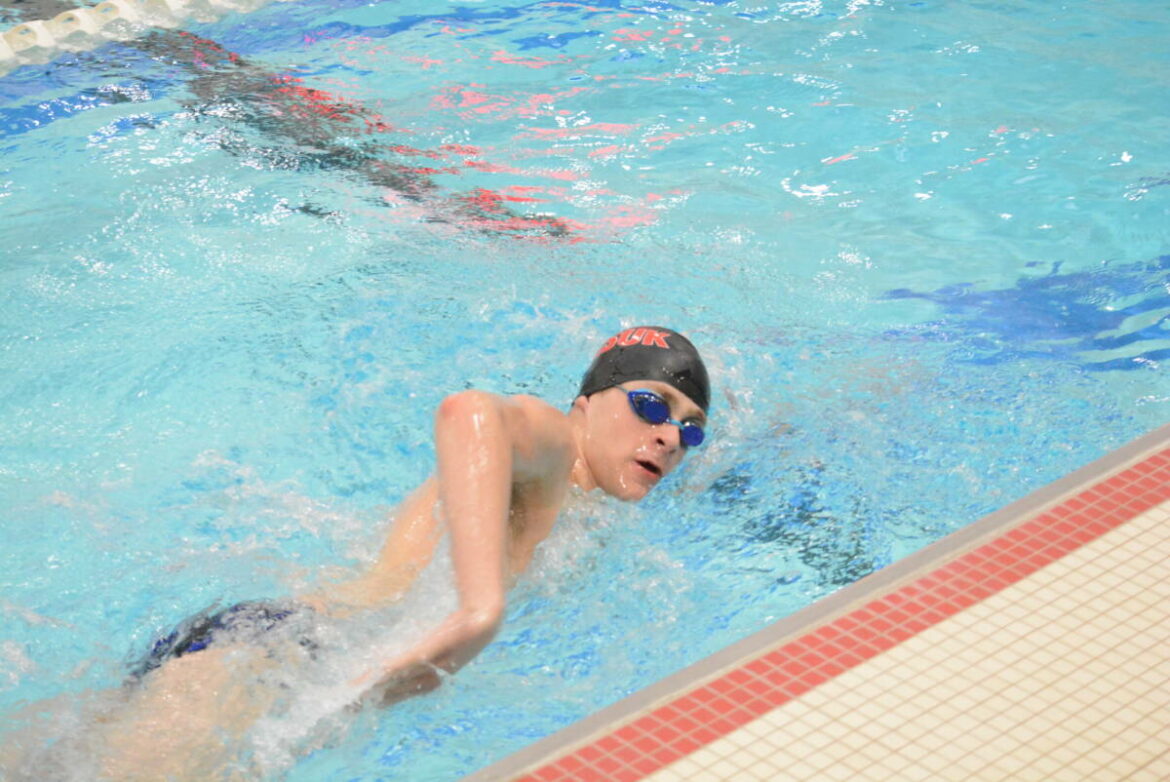 Kenny Clark is a captain for the Panthers this year.

MONROE, CT — Masuk High’s boys’ swimming team enters into the season with a wealth of short-distance event specialists as the Panthers look to pile up victories.

“I think we have a pretty good chance of winning a lot of our meets,” said Emily DeMace, first-year head coach who also took over coaching the girls’ team in the fall.

The Panthers do not have any divers but will be able to offset that void with their strengths in swimming events, DeMace believes.

We do lose a couple points there but we should be able to make up for it,” she said.

“We have a lot of sprinters. Almost everyone on the team this season is a sprint freestyler and I’m sure they would all love to do the 50 if they could,” said DeMace, adding that sprinters include: Riordan, Youngcourt, Ryan Kanjo, Enzo Maia, Michael Reilly, Tristin Reeder, Micu, Jonathon Ganino, Anish Sharma, Trent Pierson, Jack Cross, Sean Cammarano, Tony Catalan, Gavin Dowling, Alex Malecki, Joshua Ofori-Nkansah and Luke Sawyer.

“We are going to try to have everyone swim in at least one relay. We are lucky to have enough boys to make up three relays for each relay event,” DeMace said.

Tough teams in the South-West Conference include Pomperaug (nine-time champs), along with Newtown and Brookfield. The Panthers will look to be in the mix and are coming off three consecutive runner-up finishes.

The season begins at home against non-conference opponent Woodland on Friday, Dec. 17, at 4 p.m.