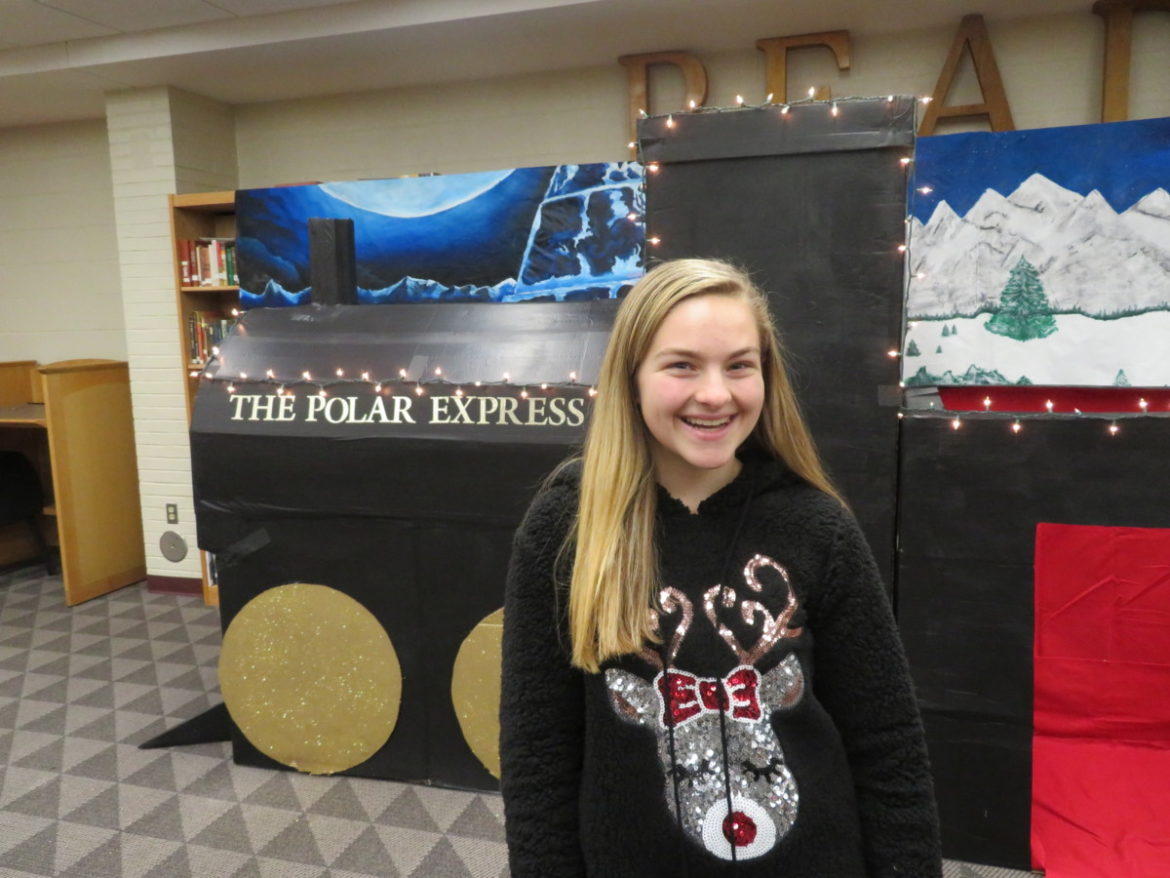 Meghan Braiewa, a Masuk junior, organized the community service project for the Distributive Education Clubs of America, which will be entered into DECA’s state competition in the spring. Masuk’s chapter had help from students in the Memories Matter Club. 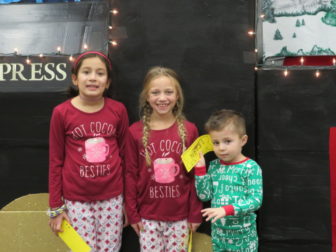 Parents took pictures of their children, many wearing pajamas, in front of the Polar Express Train display in the Masuk media center.

Braiewa said she and her business teacher, Bonnie Waring, the advisor for the Memories Matter Club, wanted to do a project together.

“Ms. Waring has a personal connection to it, so we chose a project to benefit Alzheimer’s patients,” Braiewa. “We’ve been planning it since October. It’s going pretty well. I’m happy with the turnout and participation.” 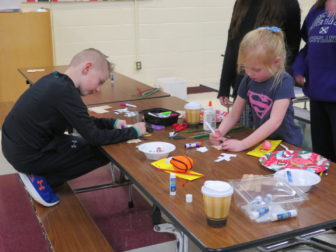 Children spent some time coloring and decorating cookies in the Masuk High School cafeteria during the Polar Express Adventure Thursday.

Families with a total of 60 children participated in the Polar Express Adventure over two sessions, “We raised around $300 last I checked,” Braiewa said of a spreadsheet students were keeping.

Richelle Crino, a Masuk teacher, is the advisor for DECA.

A small ticket booth was set up in a hallway of the high school Thursday, where families received golden tickets that were clipped with a hole puncher. Then they followed train tracks made of black tape on the floor.

The tracks led to the library, where Waring held a story time for children, doing a reading of the book, “The Polar Express” by Chris Van Allsburg. 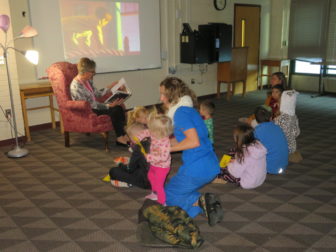 After the story, parents took pictures of their children, some wearing pajamas, in front of the large Polar Express Train display with a backdro of painting by art students Jake Minch and Izzy Roy, of the moon over snow covered mountains, one in the foreground with train tracks winding around it.

Then children did arts and crafts in the school cafeteria, coloring and decorating sugar cookies with frosting and sprinkles.