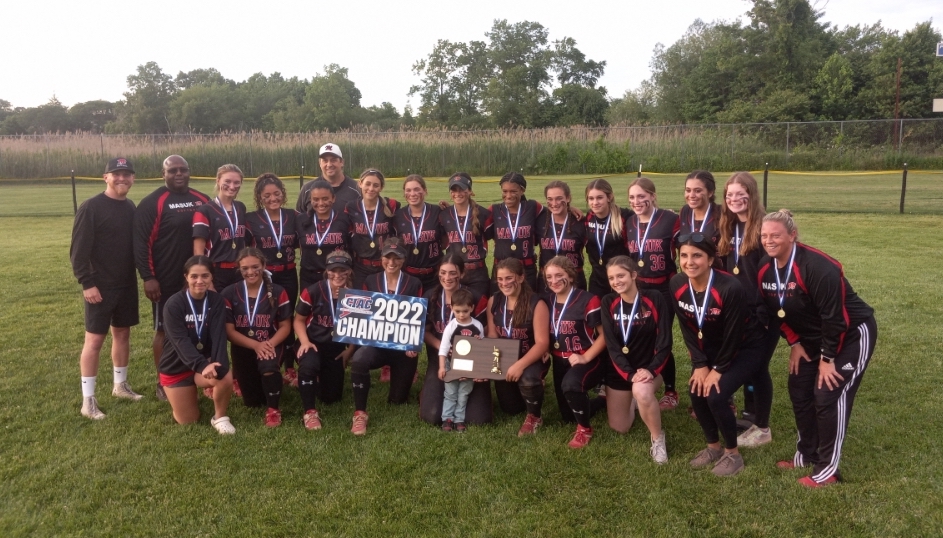 After pitcher Kat Gallant tossed a scoreless top half of the first inning and Natalie Lieto led off the bottom half with a homerun to left center, the Class L tourney’s top seed had all it would need thanks to the stellar pitching of Gallant and a sharp defense in back of her. 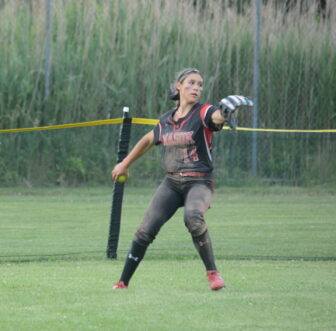 Masuk centerfielder Natalie Lieto played stellar defense for the Panthers, including making a running catch in the sixth.

“I’m just so proud of them all around. We have a young team, so I think that makes it that much better,” said Masuk Coach Leigh Barone, whose team has just three seniors — title game MVP Gallant, Sarah Falcone and Emma West-Testo.

Masuk scratched out a run in the second and plated two more in the fifth for some breathing room. Gallant allowed just two hits over the course of the first six frames, then surrendered a pair of singles to start the seventh. She worked around that bit of trouble by retiring three straight, including two via the strikeout.

In the second inning, Julia Bacoulis worked the count full and drew a walk. West-Testo followed with a bunt single and both players moved up a base when nobody covered the bases. That set up Falcone’s run-producing groundout. 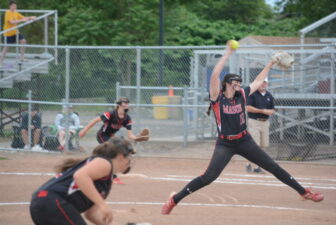 A nice running catch by Falcone in left helped prevent a Waterford scoring rally in the third. With two outs, the Lancers got a walk and infield single but Gallant induced a ground ball to first to end the threat.

In the bottom of the fifth, Sofia Lieto worked a leadoff walk, Natalie Lieto walked with one out and Ella Bunovsky was hit by a pitch to load the bases. Masuk struck with two outs when Gallant blooped a two-RBI single just over the leaping third baseman Emilia Podeszwa.

Bunovsky was thrown out trying to advance to third on the play, but Masuk’s insurance was on the board.

Center fielder Natalie Lieto made a nice running grab in left center in the sixth.

“Our defense made some really great plays in the field to bring the momentum back to us,” Barone said.

Another defensive highlight during the game was a nice backhanded pick by second baseman Sofia Lieto. 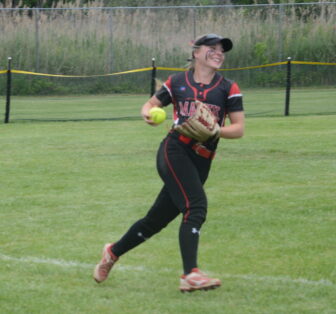 “I think our defense was incredible today. I didn’t have a lot of strikeouts. They really had my back on that,” said Gallant, who might have racked up quite a few Ks by some standards, but regularly compiled double-digit strikeouts throughout the season.

Gallant said the Panthers did a good job of putting the ball in play themselves, and executing. The Panthers managed just three hits off Maddie Burrows, but made all of them count.

“It’s so great to end up on top,” Natalie Lieto said.