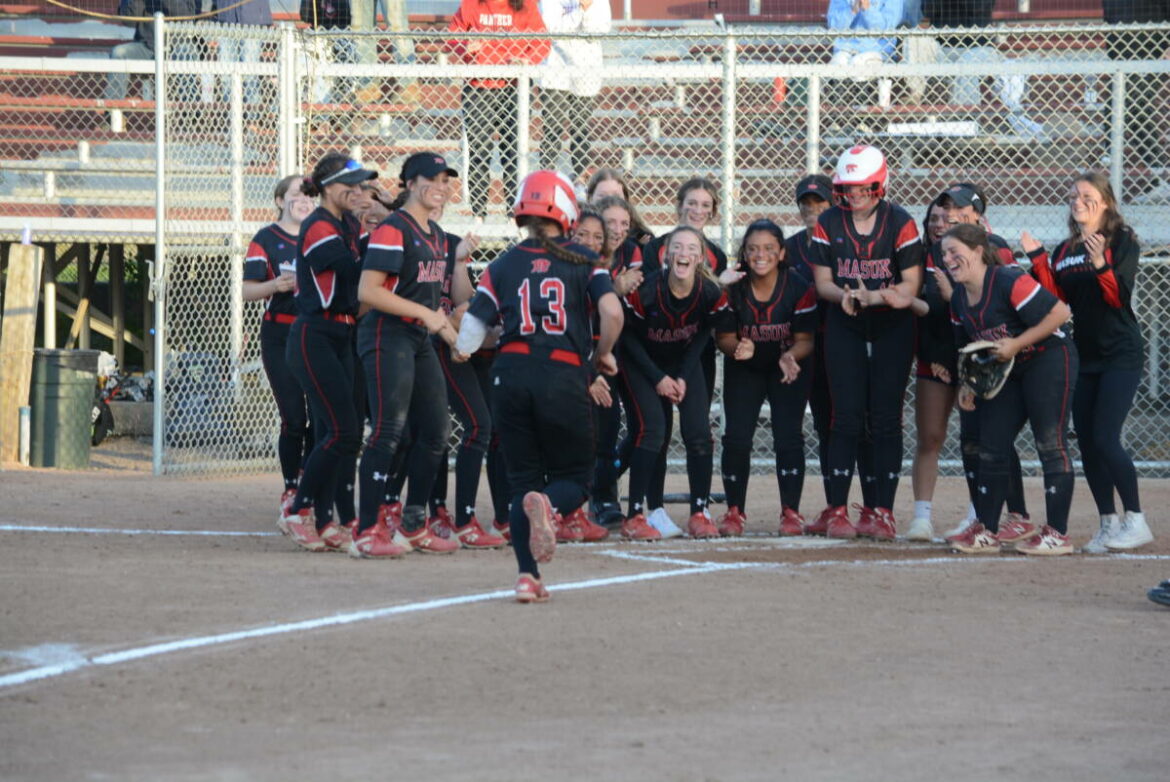 STRATFORD, CT — Masuk High’s softball team, the top seed, is heading back to its fifth straight South-West Conference championship game following an 8-1 win over No. 4 Immaculate in the semifinals at DeLuca Field on Tuesday. 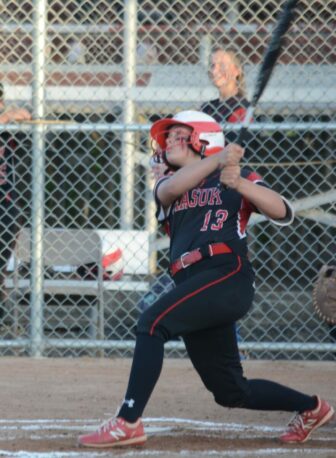 Masuk’s Izzy Viglione watches the flight of the ball after belting a home run against Immaculate in the first inning at DeLuca Field Tuesday.

Izzy Viglione hit two home runs, including a blast to left to open the scoring in the first inning.

Immaculate walked Sofia Lieto to load the bases in the bottom of the sixth and Aubrey Zvovushe-Ramos hit a bases-clearing double to break the game open. Then Ava Moretti drove Zvovushe-Ramos in with her home run.

“Kat did a great job on the mound today and never succumbed to the pressure,” Barone said. “After Immaculate scored their first run, she came in and was very confident that her offense would get the job done and that they did.”

“She also talks all the time about how confident she is in the defense behind her, which allows her to go at them,” the coach added.

On Wednesday, the Panthers will take on No. 3 Brookfield in the championship game, also at DeLuca Field. Brookfield was a 1-0 winner over No. 2 Newtown. 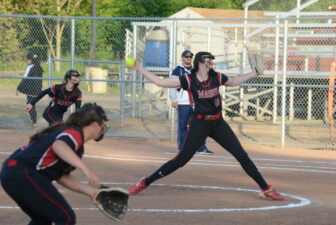 Panthers’ ace Kat Gallant, who had 12 strikeouts Tuesday, is also confident leaning on the defense behind her.

“Everyone is dialed in for tomorrow,” Barone said. “We know that Brookfield is coming off of a good win from today and is hungry, but we need to keep today’s energy and our team’s offensive and defensive momentum into tomorrow.”