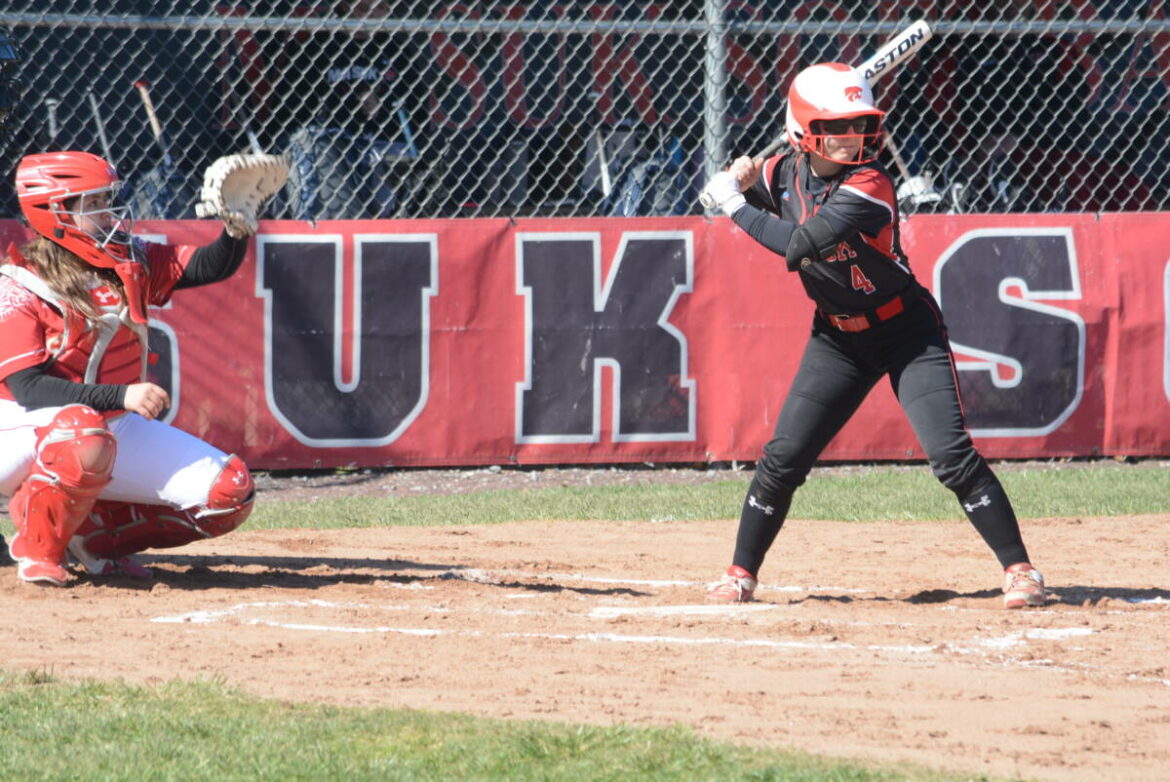 Sarah Falcone of Masuk bats in a game earlier this spring.

Masuk High’s softball team extended its winning streak to 14 games (improving to 14-1 overall) with three victories in as many days May 3-5.

The Panthers followed up a 23-0 win at Joel Barlow with an 18-0 blanking of visiting Bunnell the next day, then went to Brookfield for a 9-1 win on May 5.

Against Bunnell, the Panthers scored a run in the first and blew the game open with a nine spot in the second inning.

Julia Bacoulis was dominant in the pitcher’s circle and hard to stop at the plate. She struck out 11, pitched a one-hitter and went 2-for-3 with a single and a home run.

In the win over Brookfield, Kathryn Gallant struck out 18. Bacoulis went 3-for-4 with two doubles, a home run, and two RBI. Natalie Lieto went 2-for-3 with a pair of singles. Sarah Falcone had a triple and two RBI. Bunovsky, Viglione and West-Testo each had singles.