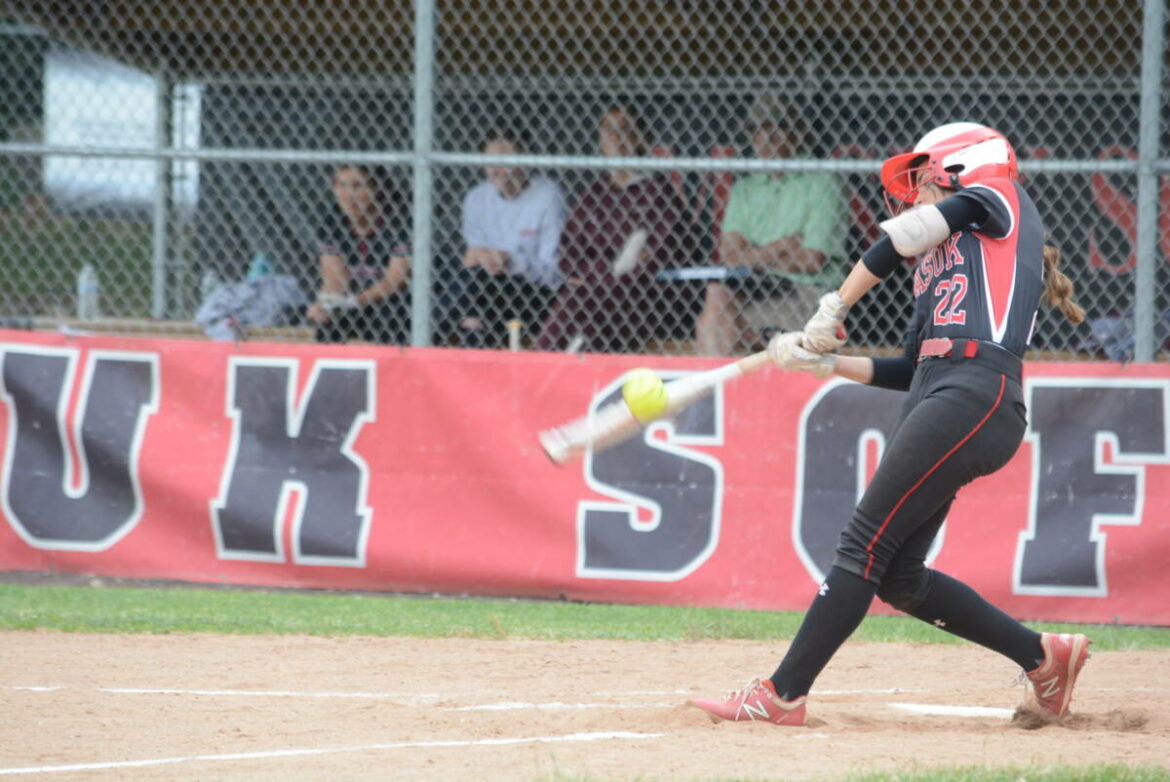 Sofia Lieto, of Masuk, makes contact during the Panthers' 4-0 win against North Haven.

WEST HAVEN, CT — The top seed in the Class L State Tournament, Masuk High’s softball team is back in the pinnacle game — yet again. The Panthers shut out No. 3 Bristol Eastern 3-0 in the state semifinals, at neutral site West Haven High, on Monday afternoon.

Masuk will take on No. 7 Waterford, an 8-0 winner over No. 6 Avon in the nightcap, in the title game (Friday or Saturday, to be announced, at a site to be determined).

The Panthers will go for their fourth consecutive state crown, having won in 2018, 2019, and 2021; there was no state playoff during the COVID-impacted 2020 campaign.

Masuk’s hot bats have been held somewhat in check by tough pitching throughout the state playoffs, but the team’s pitching has been dominant as always. Kat Gallant tossed the team’s second shutout in three state games, striking out a dozen along the way. The Panthers previously defeated North Haven 4-0 and St. Joseph 2-1 after a first-round bye.

Natalie Lieto homered to help lift Masuk back to the championship round.

Waterford is out of the Eastern Connecticut Conference and posted a 16-4 record during the regular slate. Masuk, the South-West Conference champion, went 19-1 before posting three more victories in the conference playoffs.