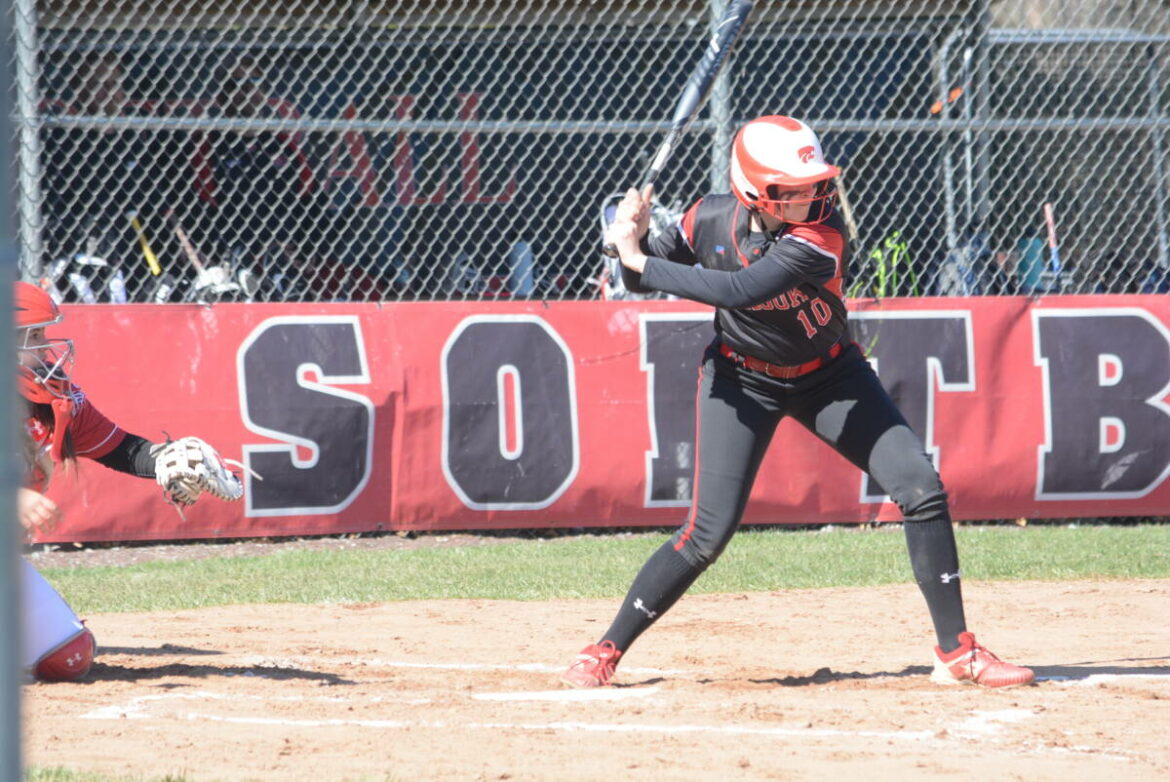 Kathryn Gallant bats during the season. Gallant was a standout in the pitcher's circle and at the plate in Masuk's SWC tourney quarterfinal-round win over Notre Dame.

MONROE, CT — In a deceptively tough No, 1 seed versus No. 8 seed matchup, Masuk High’s softball team avoided an upset with a 3-0 blanking of visiting Notre Dame-Fairfield in the South-West Conference Tournament quarterfinals, on a hot Saturday afternoon.

With the win, the Panthers advance to take on No. 4 Immaculate of Danbury on Tuesday, May 24, in the semifinals, at Stratford’s DeLuca Field, starting at 7 p.m. The winner advances to Wednesday’s championship game, also at DeLuca on Wednesday, May 25, at 7 p.m., and will take on either No. 2 Newtown or No. 3 Brookfield who will play at 5 p.m. on Tuesday.

Notre Dame’s lineup was bolstered by the return of standout pitcher Judy Tarczali, who had been sidelined for much of the campaign. Masuk piled up a baker’s dozen runs in a 13-0 win over Notre Dame in a late April battle.

The Panthers produced single runs in the fourth, fifth and sixth innings of the playoff battle. Masuk pitcher Kathryn Gallant struck out 15 batters and allowed only two hits. Masuk managed seven hits off Tarczali and struck out just four times.

Izzy Viglione went 2-for-2 with a double and a triple. Julia Bacoulis went 1-for-3 with a single and two RBI, Natalie Lieto went 2-for-3 with two singles and an RBI, and Sofia Lieto and Aubrey Zvovushe-Ramos each had singles.

For Notre Dame, Jocelyn Vargas went 2-for-3 with a single and a double.