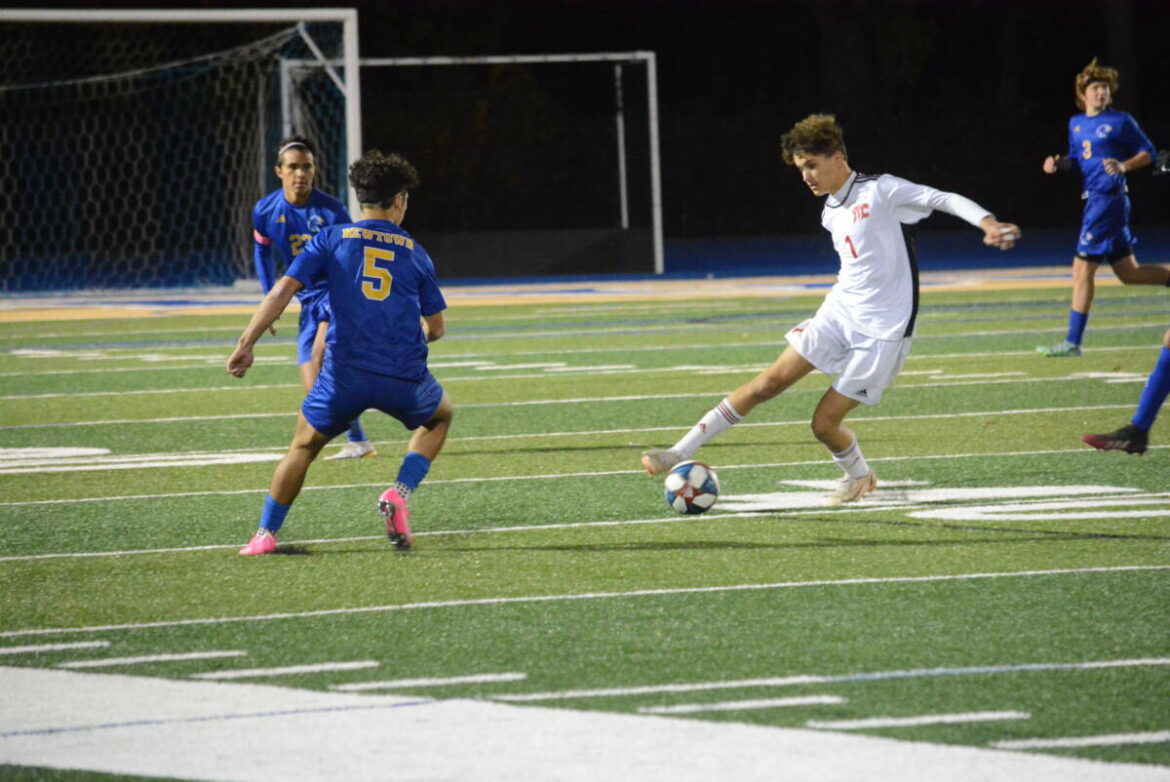 Jasper Pike gains control of the ball for Masuk in a game against Newtown Oct. 19.

Against New Fairfield, Masuk opened the scoring in the 22nd minute when Jonah Lesiw played a beautiful ball to Alex Marciano for the finish. Masuk started the second half giving up an early goal. With about 10 minutes to play, New Fairfield scored again on a great shot that went past Masuk goalie Christopher Simoulidis. 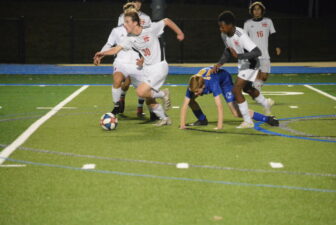 Riley O’Donnell of Masuk emerges from the pack in a game against Newtown High School.

Trailing 2-1, Masuk pushed numbers forward in an effort to tie things and gave up a third goal in the closing minutes.

“Credit to New Fairfield for not quitting. I felt my guys got too comfortable and got outworked in the second half,” Masuk Coach Brendan Cavanaugh said.

Against Brookfield, Marciano crossed the ball into the box to forward Jasper Pike who finished for the first goal. In the second half, Masuk gave up an early goal to tie things.

With about 12 minutes left, senior Captain Jonah Lesiw took a strike and beat the keeper on a direct kick from about 35 yards out. Masuk survived the remaining 10 minutes of the game with great defense led by the back line of senior captains Carter McCoy and Anthony Foglia, sophomore Tristan Pike and junior Riley O’Donnell, Cavanaugh said.

In the win over New Milford, Masuk dominated the first half, but was limited to a goal by Jasper Pike and assisted by Lesiw off a corner. 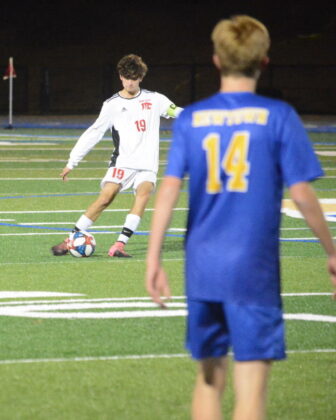 Jonah Lesiw of Masuk prepares to kick the ball in a game against Newtown.

In the second half, New Milford came out with a lot of energy and scored with 10 minutes left in the game. With 1:30 left, Masuk got the winner when Kasper Murzinski was assisted by Roger Fekete off a corner. Masuk finished with 11 corners and 10 shots on goal.

The Panthers were shut out for only the second time this fall in a 3-0 setback at Newtown on Oct. 19. This left Masuk, Newtown and Brookfield in a three-way tie for fourth place in the SWC as the season winds down. Each of these teams is 6-3-2 in conference play.