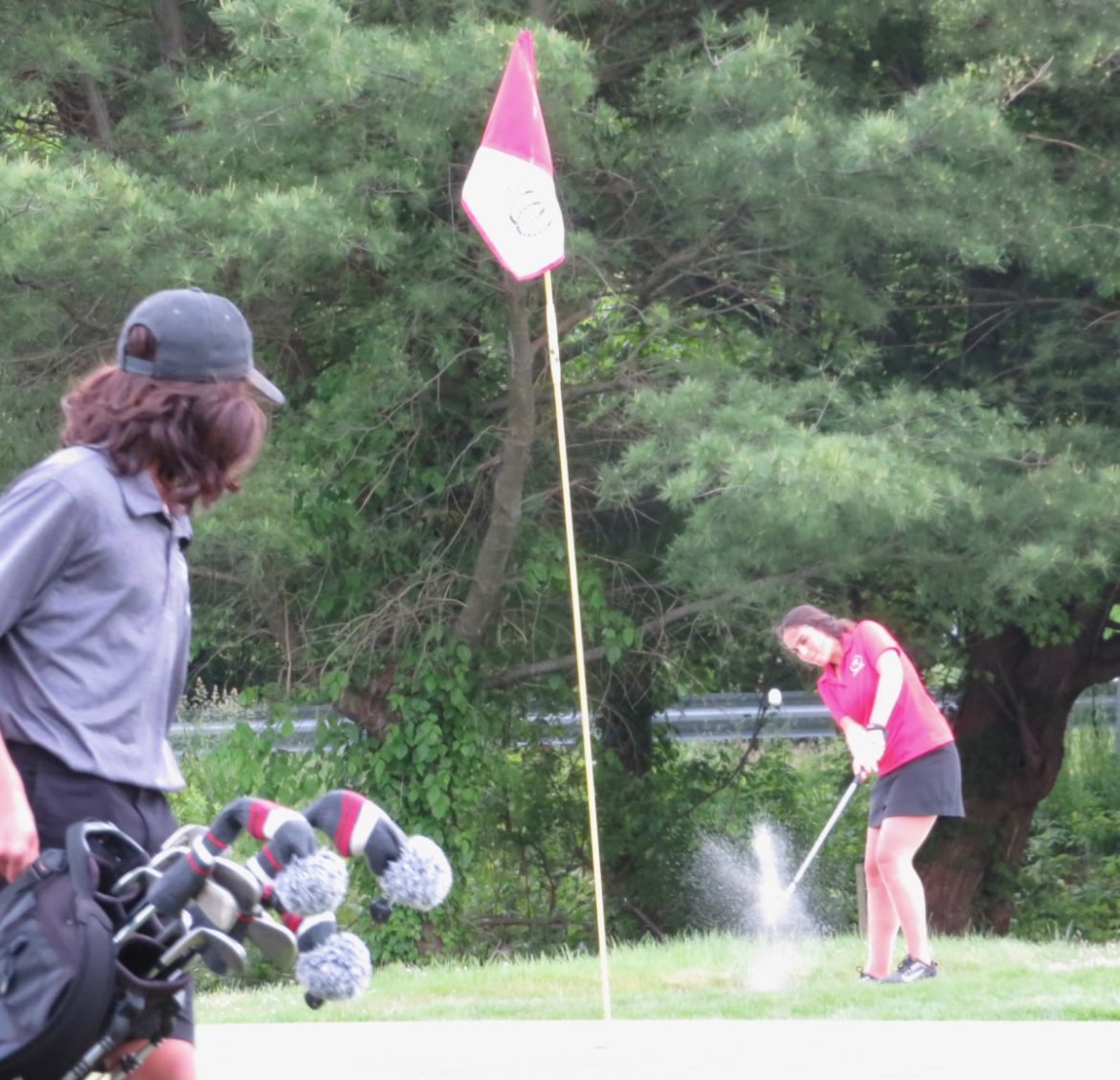 Emma Michetti finishes the last hole of a round of golf at Whitney Farms Golf Course Tuesday.

The event, organized by parents and coaches, took the place of Senior Night, which is normally held on a game day during the season. However, like several high school sports teams in the country, Masuk’s golf season was canceled due to the Covid-19 pandemic and the social distancing requirements that came with it. 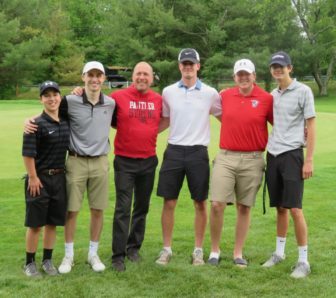 “Obviously, it’s tough times for everybody and you feel bad for the seniors who’ve worked so hard over the years to reach the SWCs, States and any individual accolades that might come along during the season,” said Bob Pagel, coach of the Masuk Boys Golf team.

Seniors on the boys team this year include captains Briggs Parsell and Henry Minnik, and teammates Joe DePalma, Pete Dutkowski and Sawyer Logan.

“Golf requires you to have honesty and integrity,” Pagel said of the game. “You have to keep your own score and be honest about what you have. These kids exemplify that.”

Representing the girls’ team on the links was its lone senior, Emma Michetti, who made All-State last year and plans to play golf for Sacred Heart University next year. On Tuesday, Michetti chose teammate Sofia Heinrich, a junior, to play with her.

“It’s tough because she’s been a starter for us since she was a freshman and she worked really hard and played good golf last year,” Chris Gueli, head coach of Masuk Girls Golf, said of Michetti, “so we looked forward to this season and having her as a captain. It’s just unfortunate that she wasn’t able to go out the way she deserved.”

He said it would have been great for Michetti’s younger teammates to see how she carries herself on the golf course.

“She’s playing at Sacred Heart next year,” Gueli said. “The sky’s the limit for her, because she has a great work ethic and she’s a great kid. To be able to give her this send off, it’s nice.” 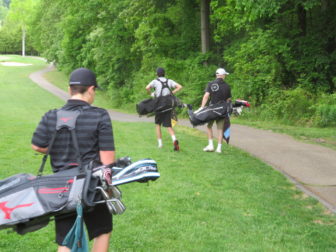 Seniors on the Masuk Boys Golf team move on to the next hole during a round of golf at Whitney Farms Golf Course Tuesday afternoon.

Pagel said the idea for the Senior Day event came about four weeks ago. He asked Jim Bargas, owner of Whitney Farms Golf Course, and its golf pro Billy Street for a tee time and use of the patio for a ceremony after the game.

Once a date was set, the coach called parents, who volunteered to organize the food and drinks for the event, in which seniors received photos and other mementos, as well as gifts like a rangefinder, an autographed picture of pro golfer Dustin Johnson, a foursome of golf at Richter Park Golf Course in Danbury and a $300 Scotty Cameron putter.

“It’s a team effort,” Pagel said of planning the Senior Day. “You can’t do this alone.”

As the seniors took the last putts to finish their rounds of golf, a small crowd of families and friends gathered on the edge of the green. Several held signs celebrating their favorite players.

Among them were Michetti’s parents, Dino and Donna. Donna said she thought it was great how coaches Gueli and Pagel organized the event for the seniors.

“These kids deserve something,” Donna said, “and it’s great that some alumni came back to support the team, along with some future players.”

A photo gallery captured the day of golf for five seniors on the Masuk boys team and one on the girls team. Click on one to enlarge, then scroll through: 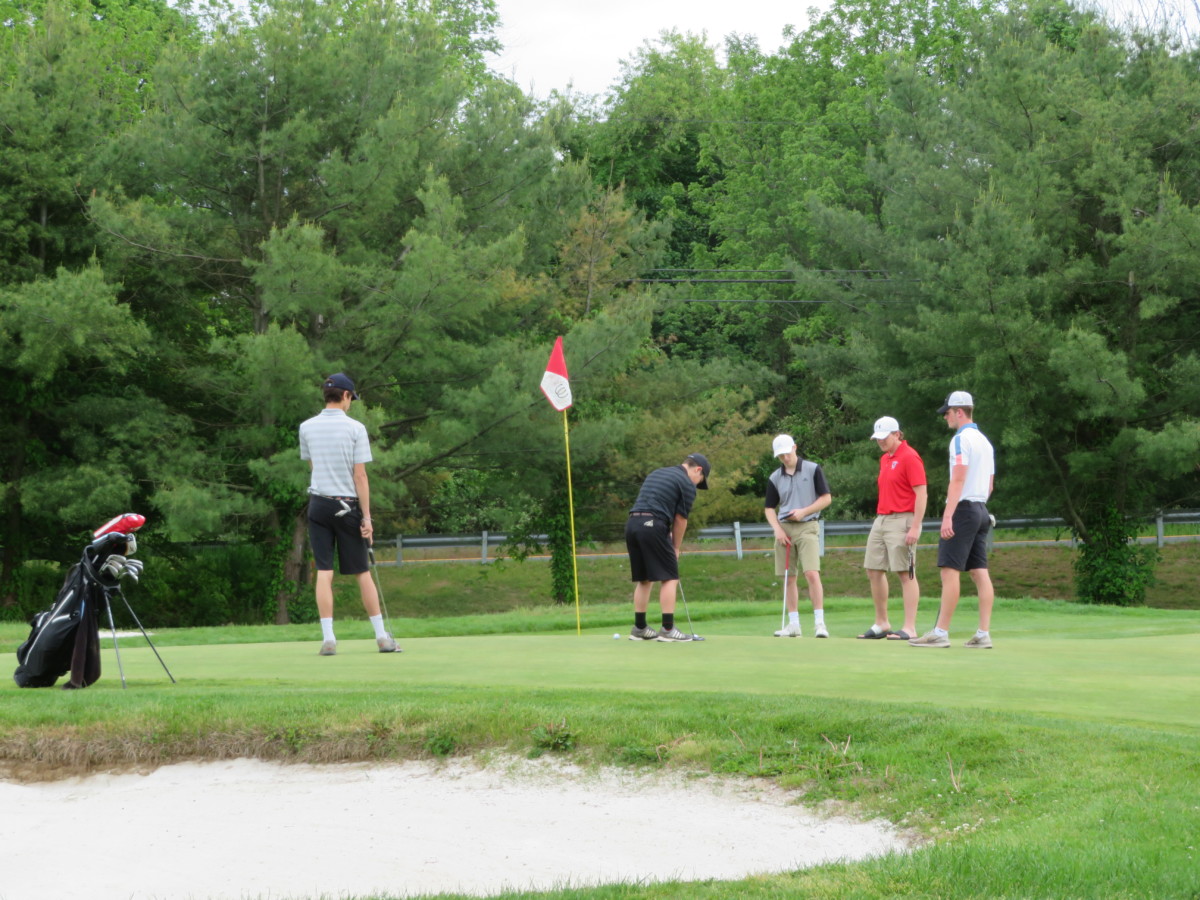 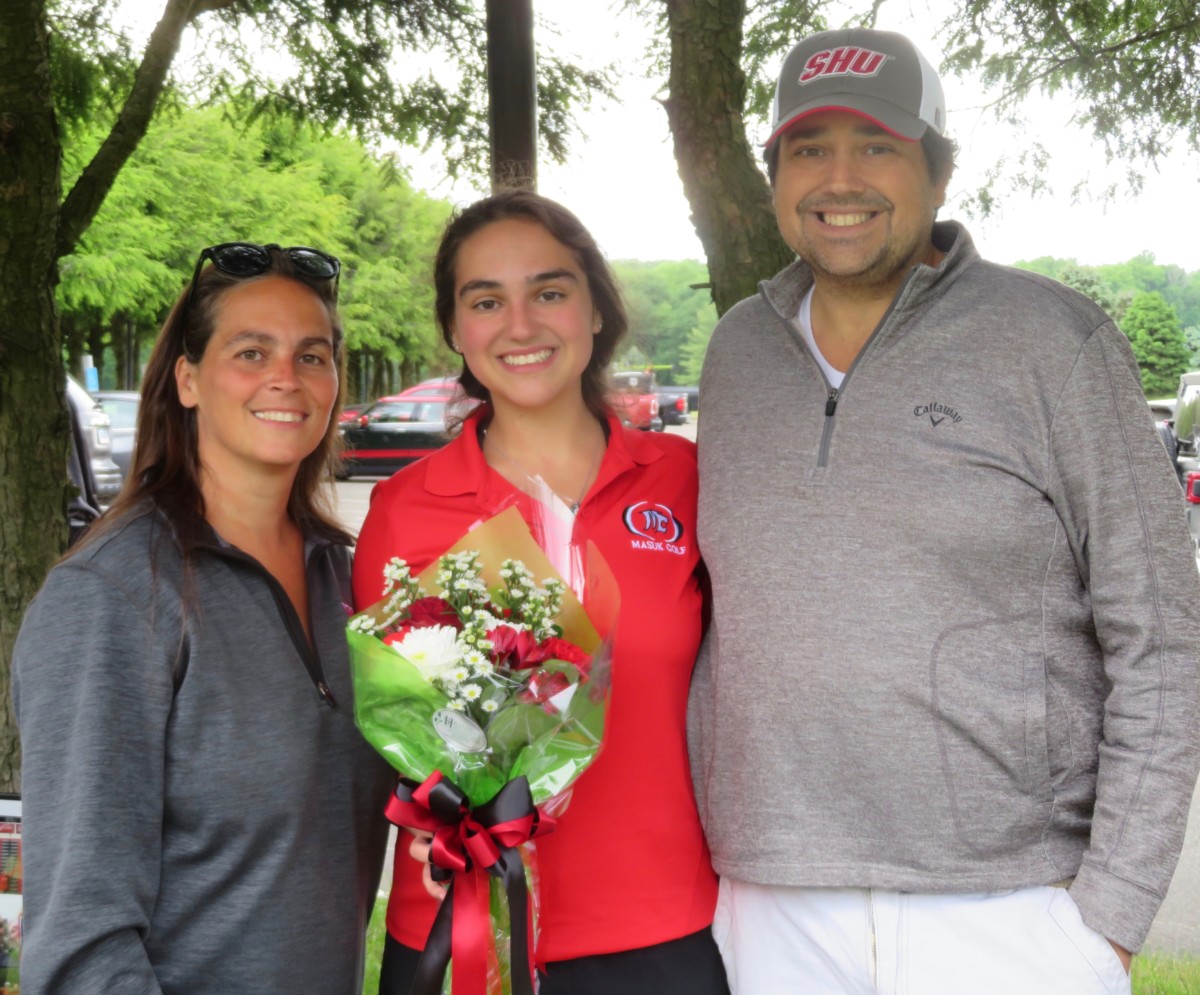 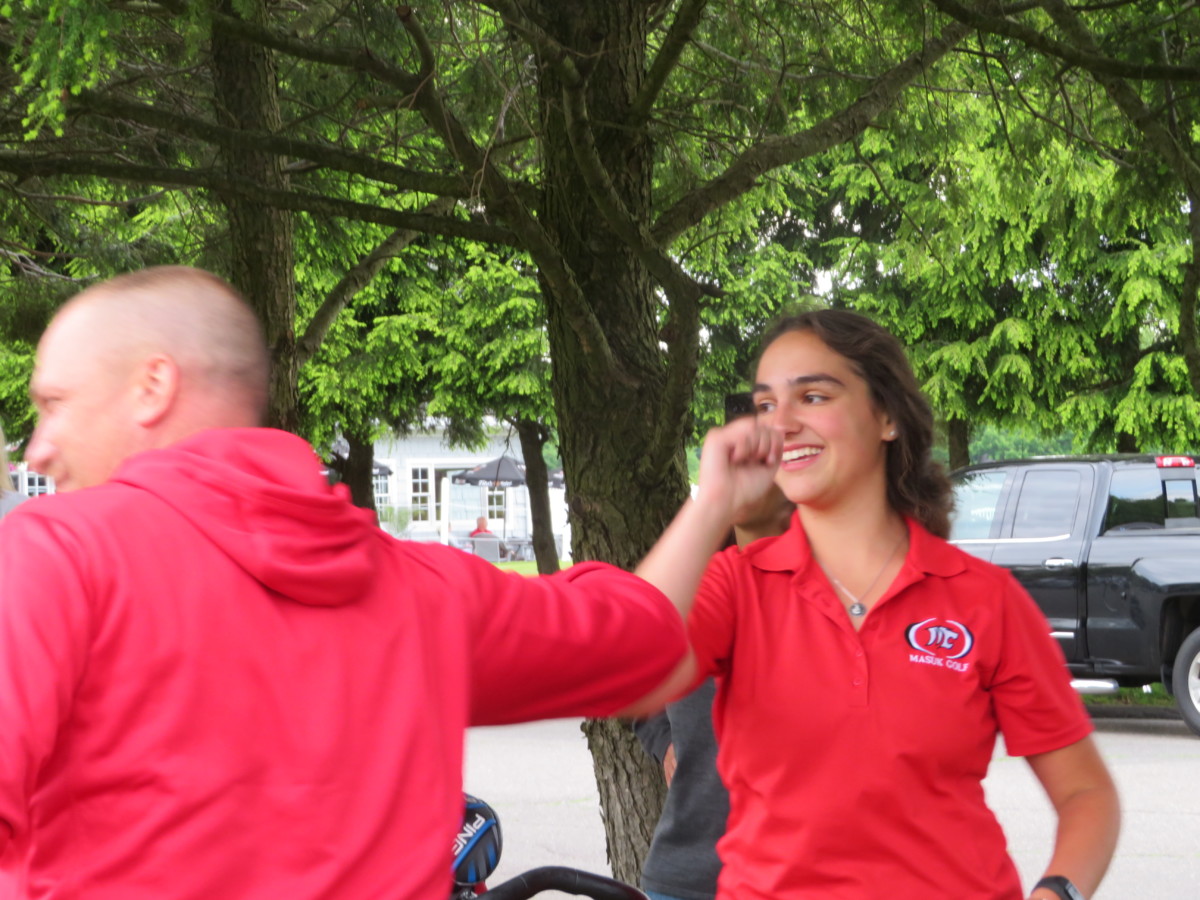 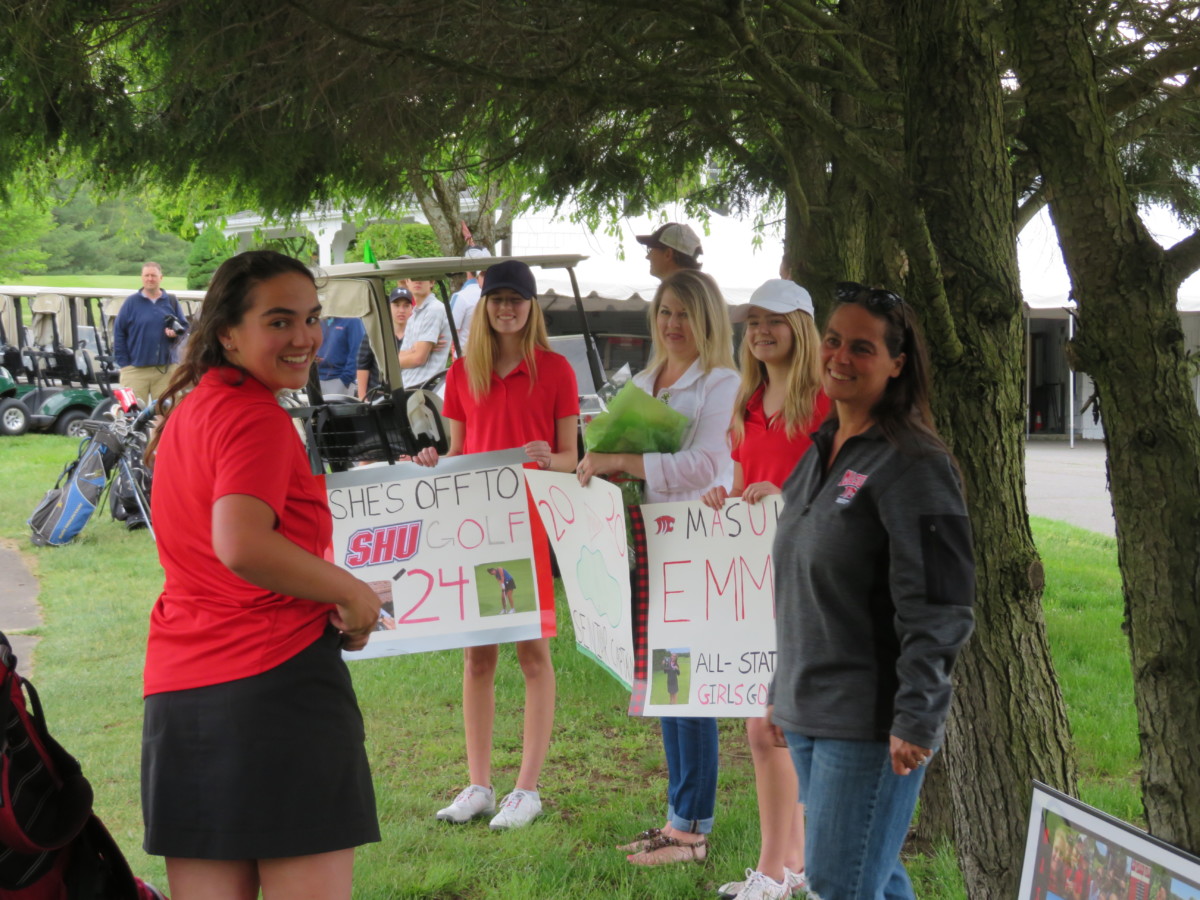 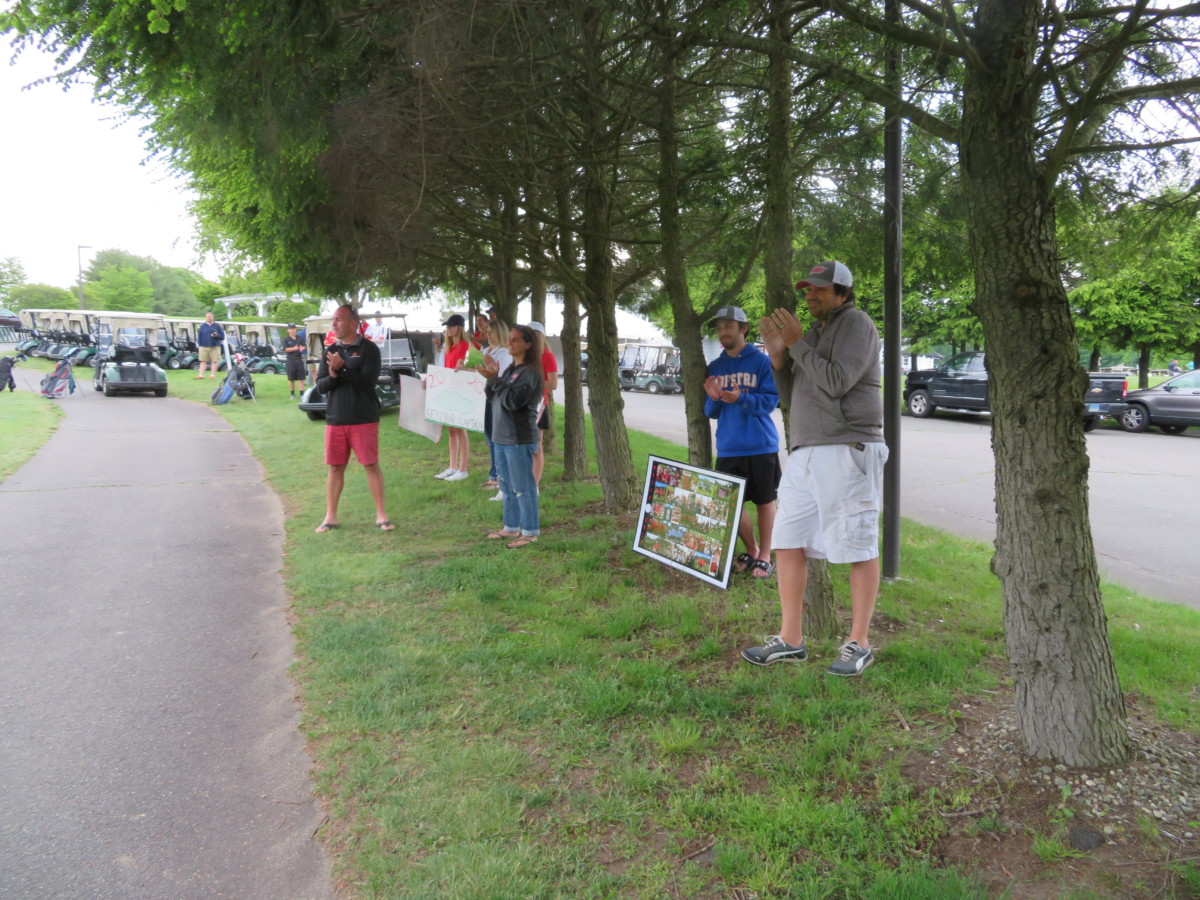 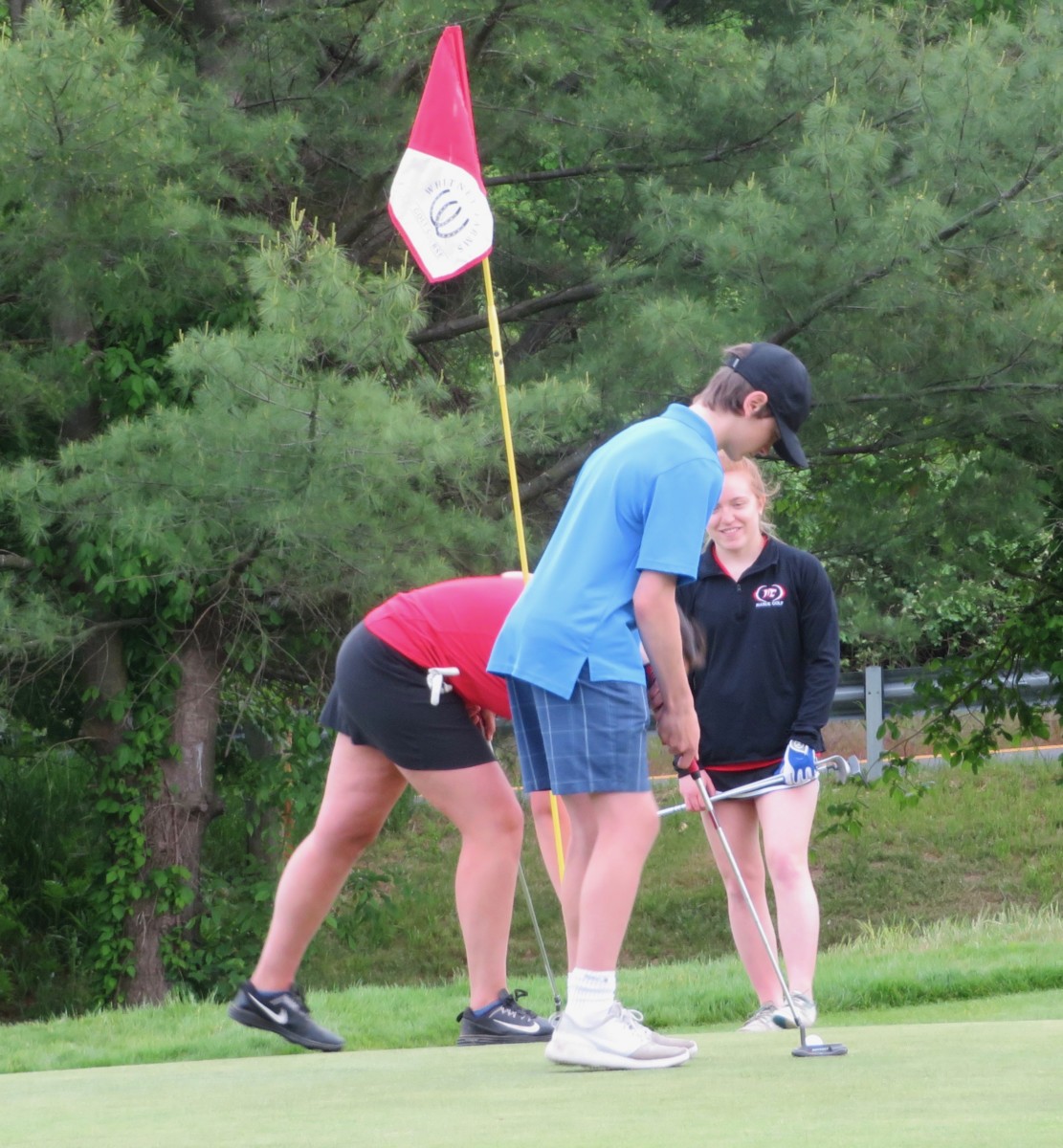 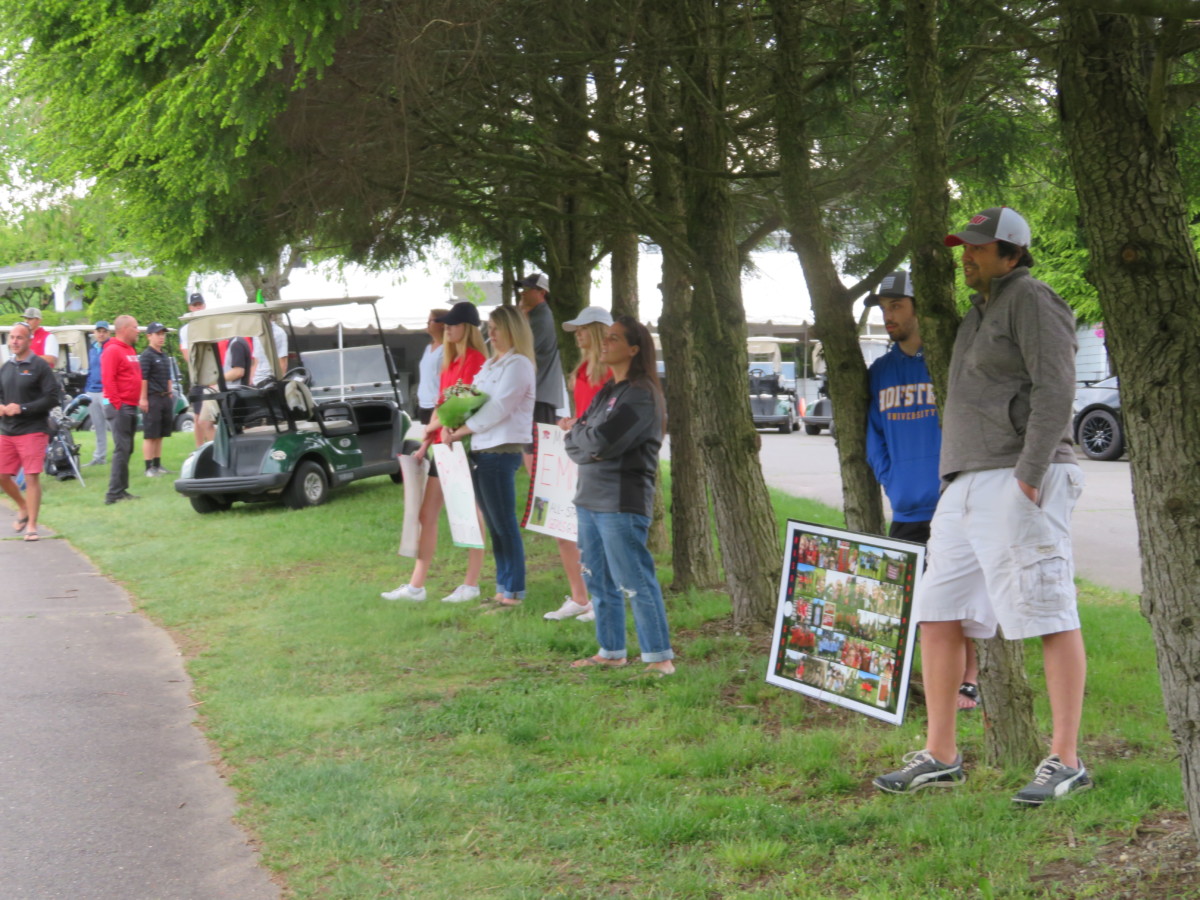 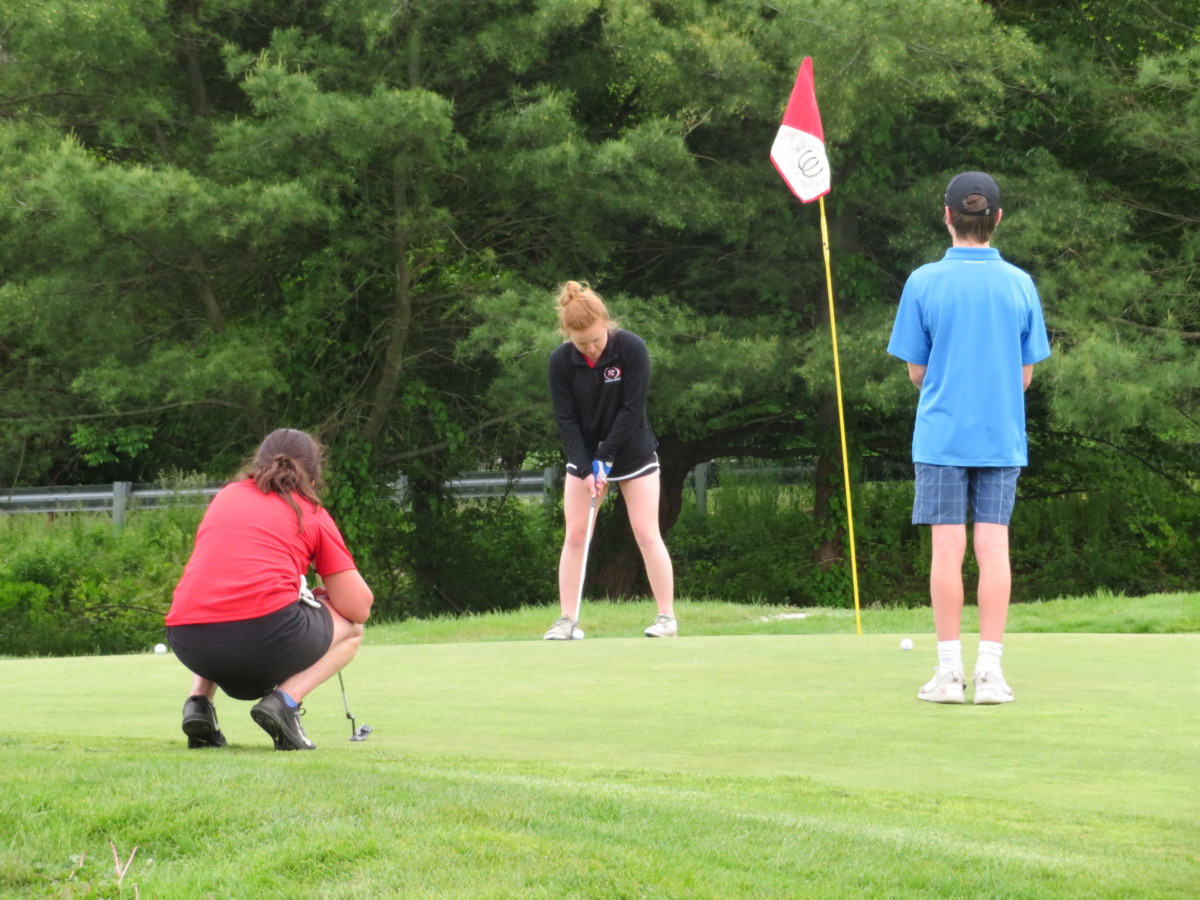 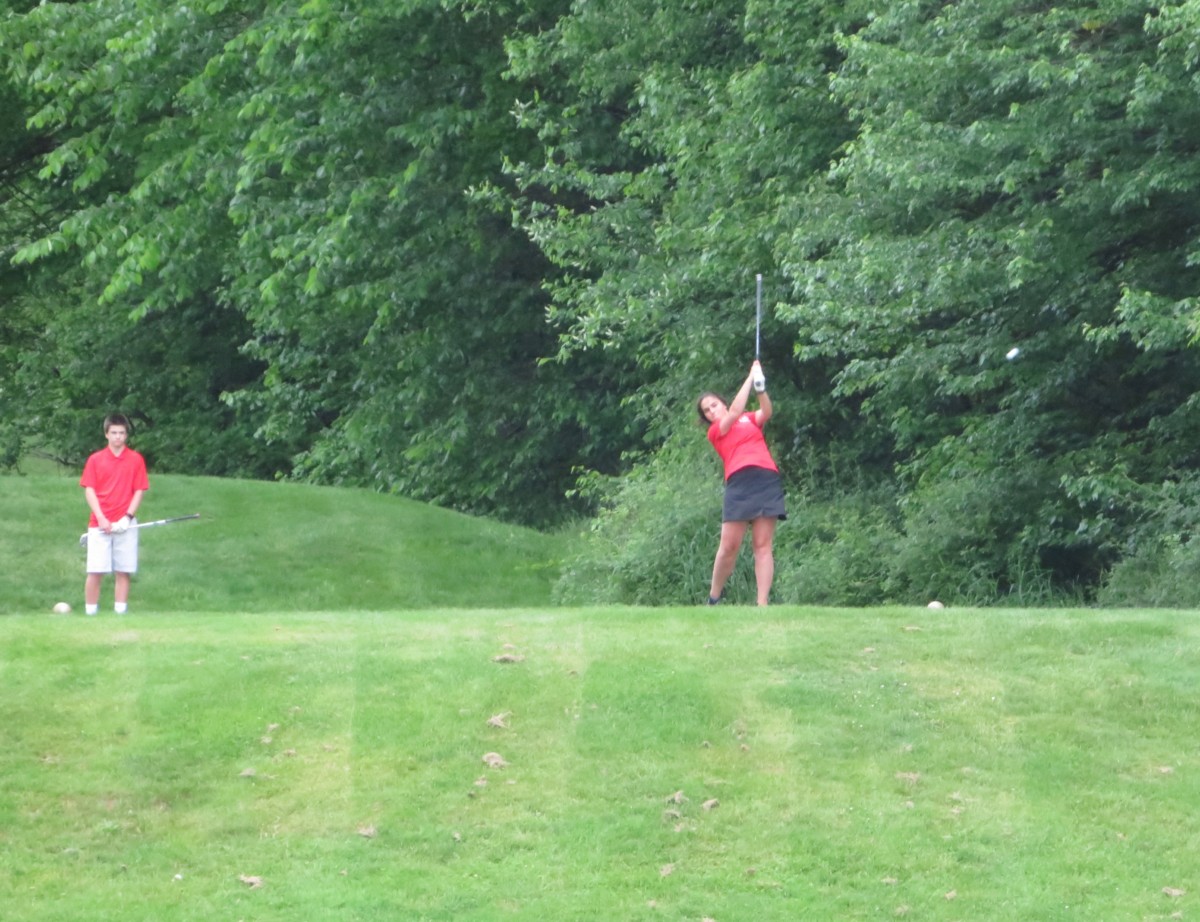 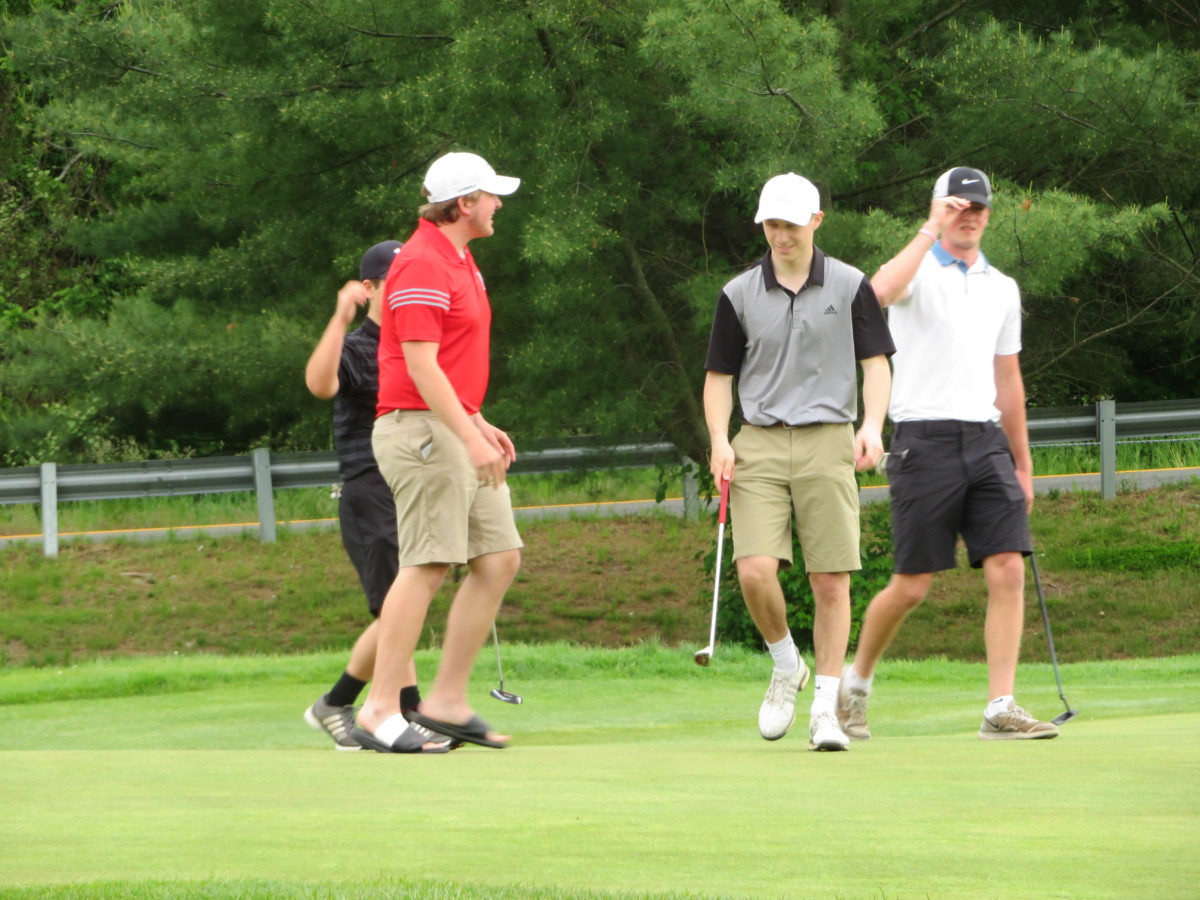 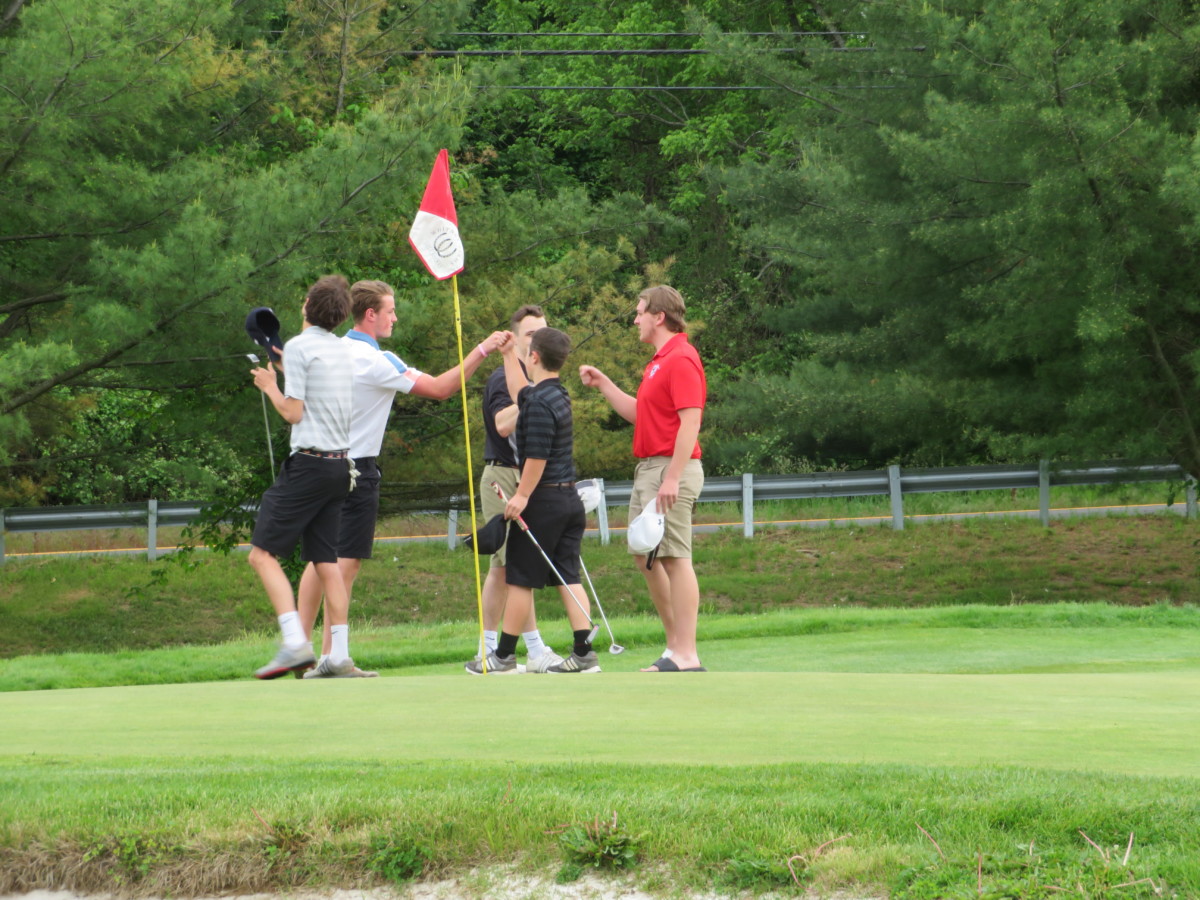 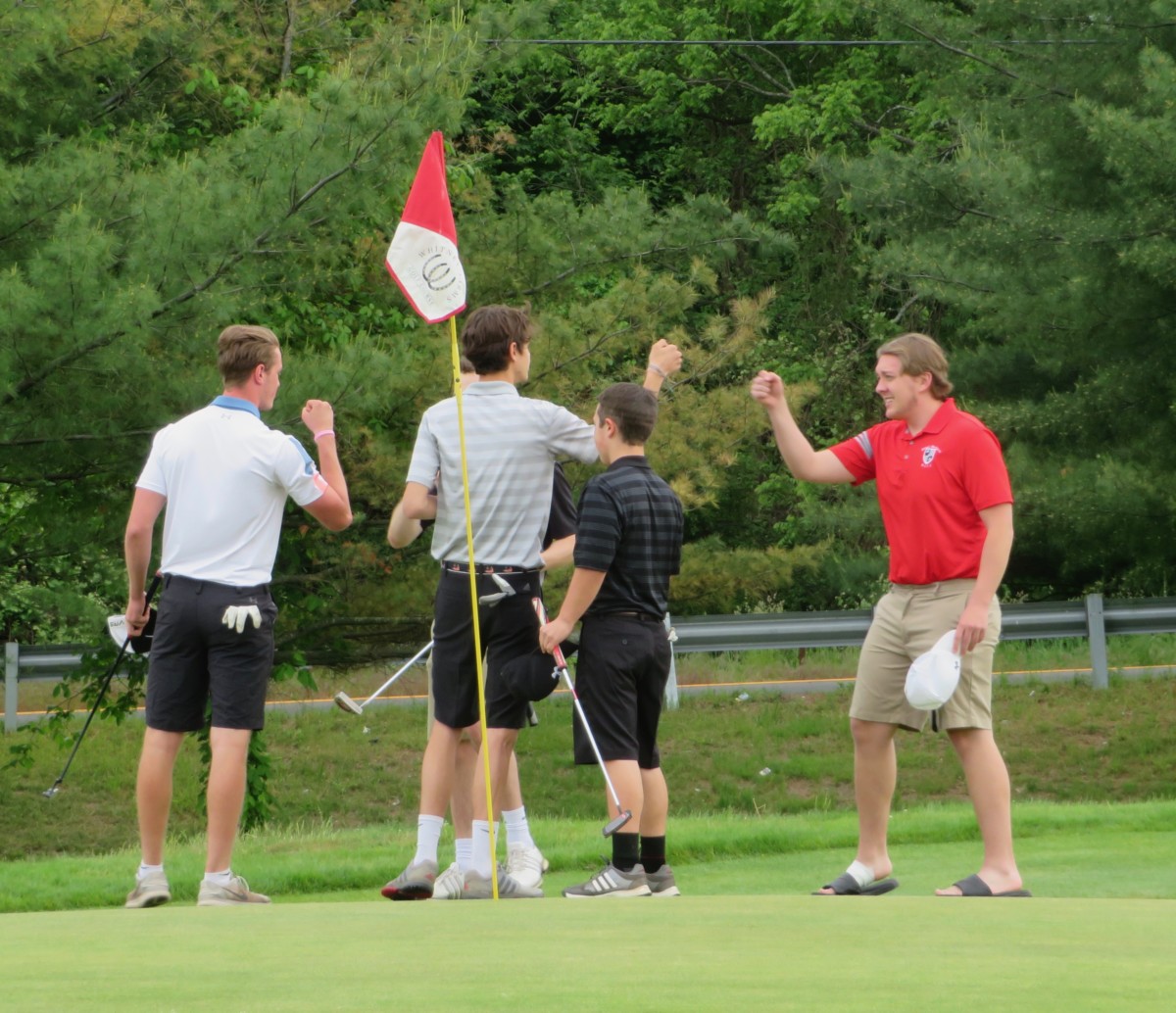 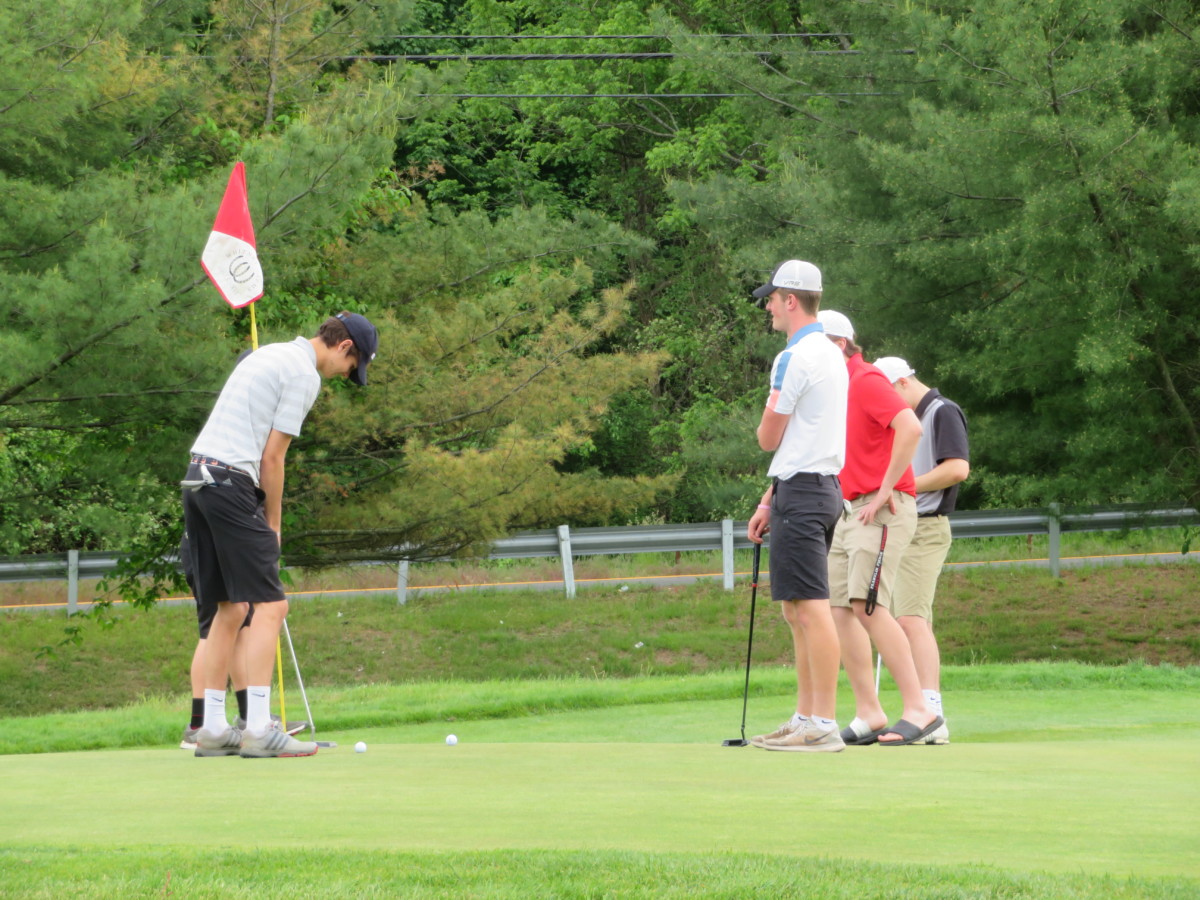 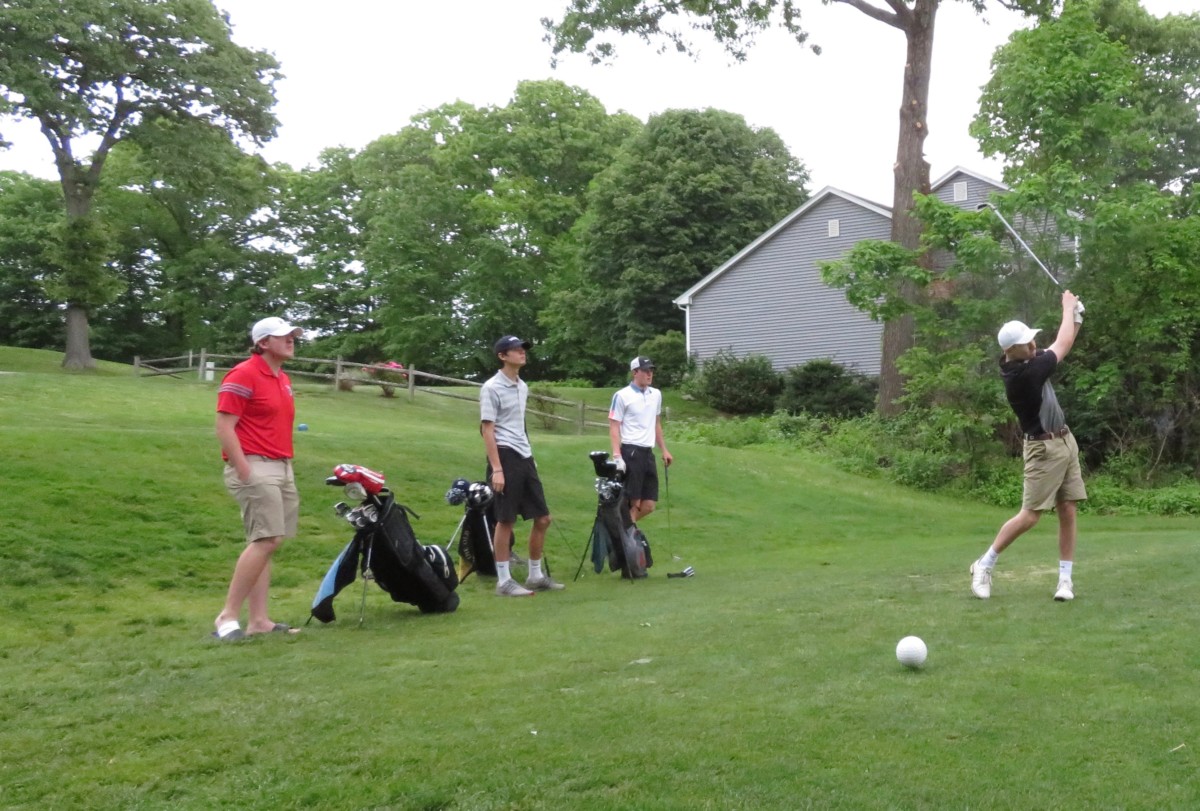 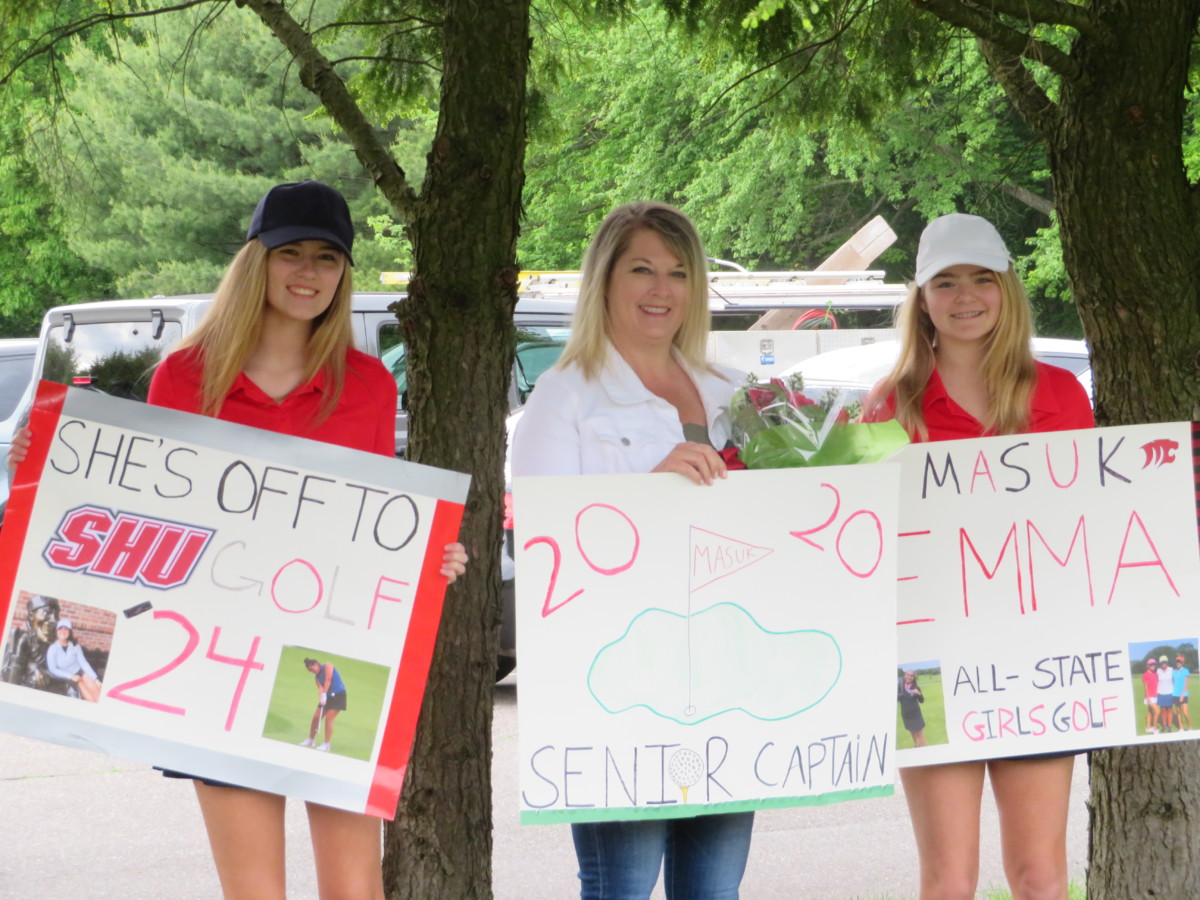 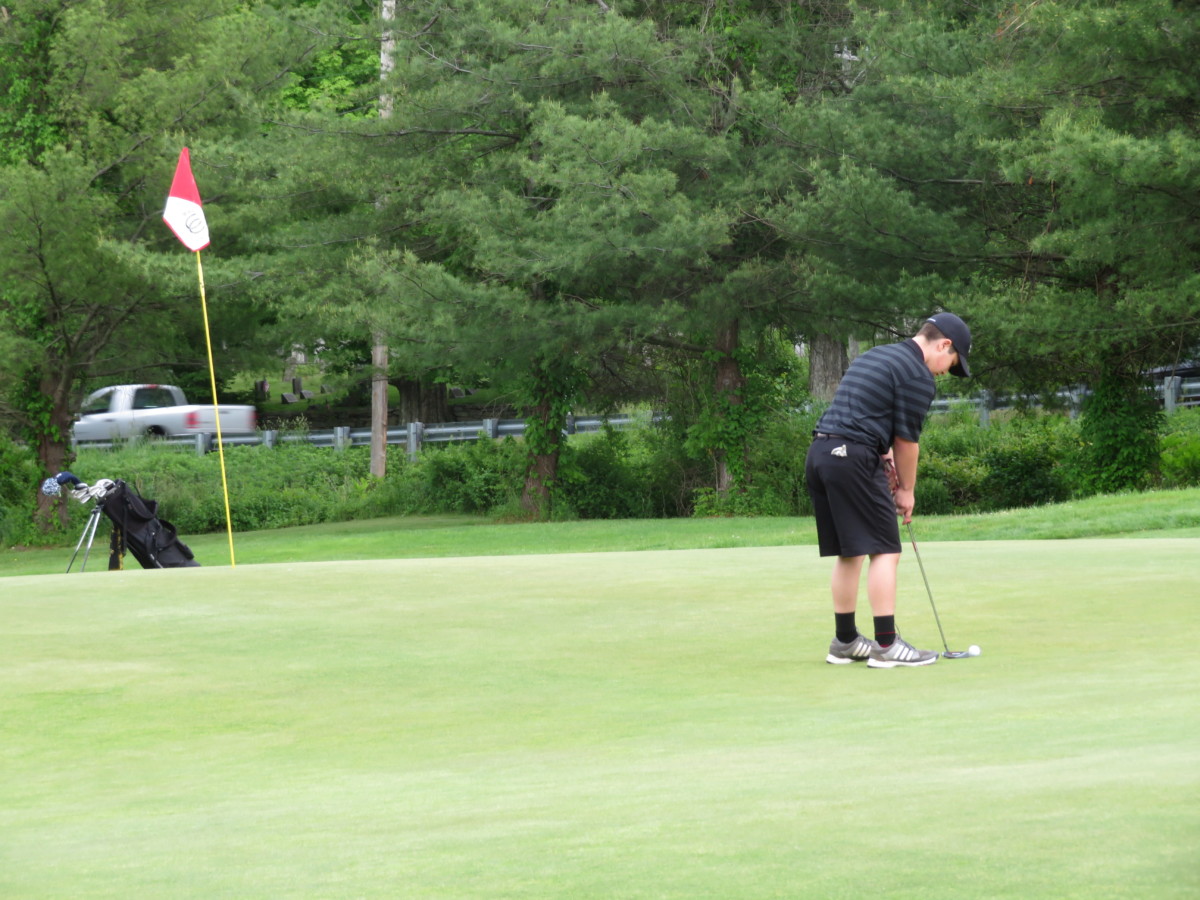 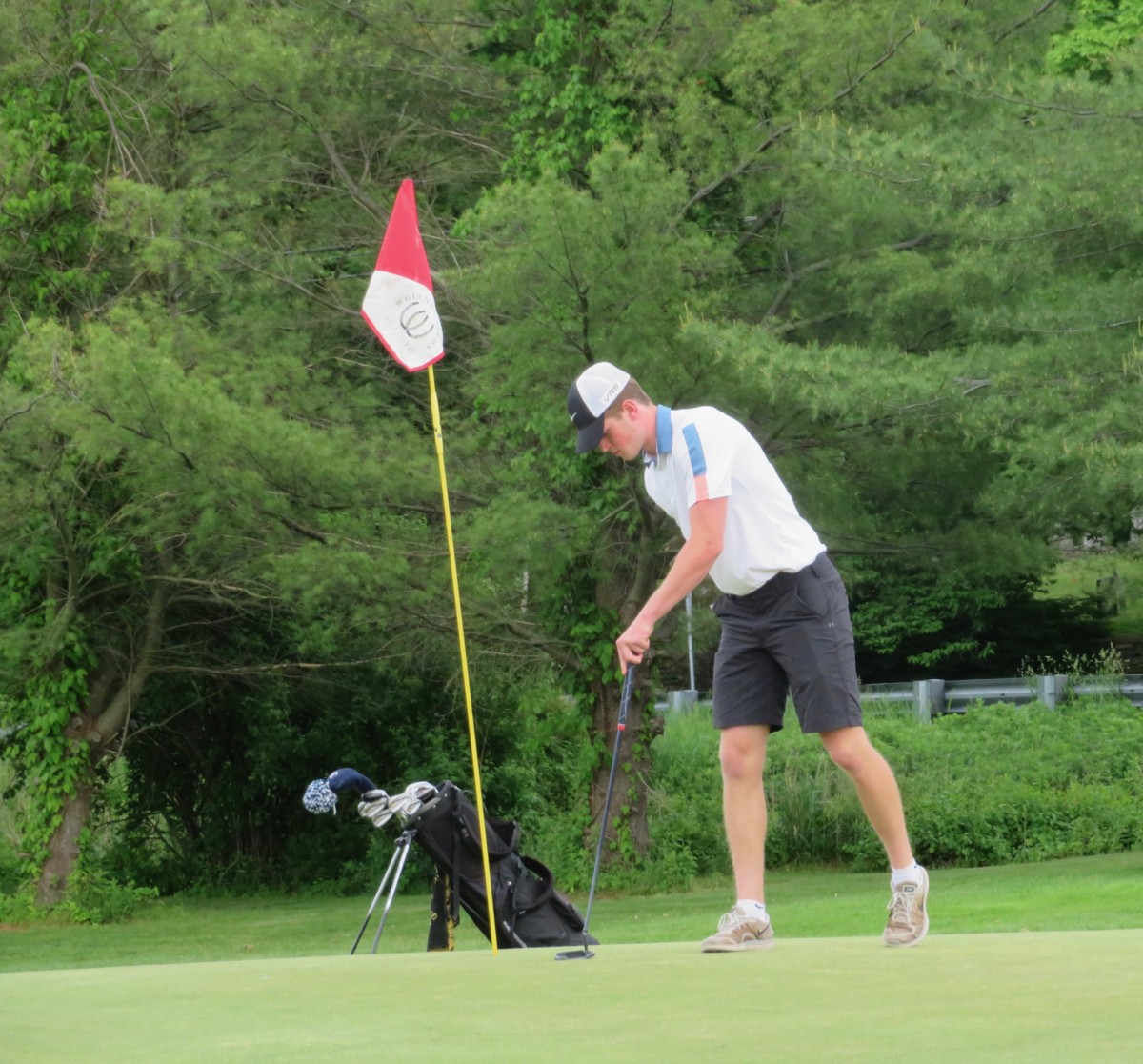 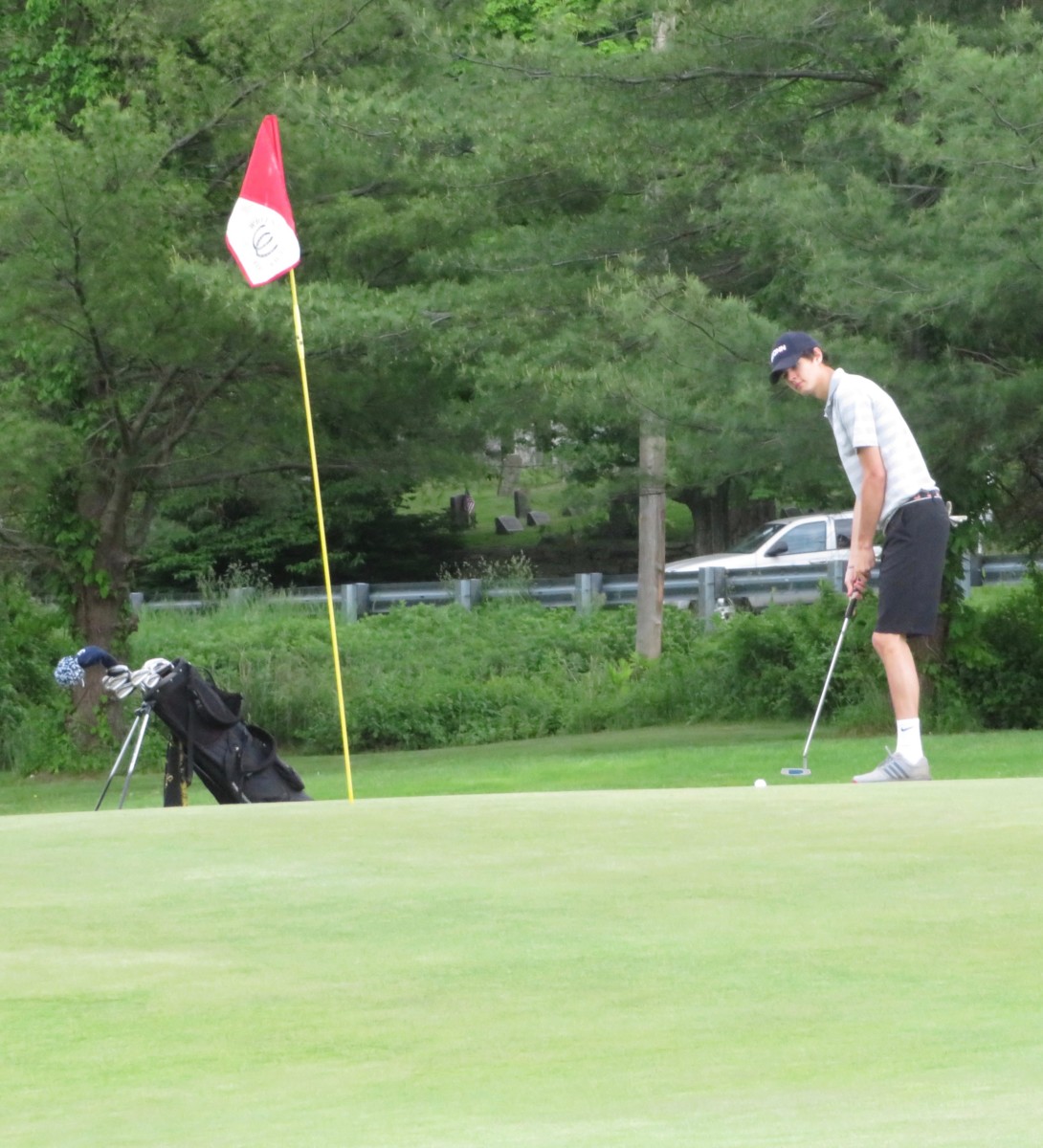 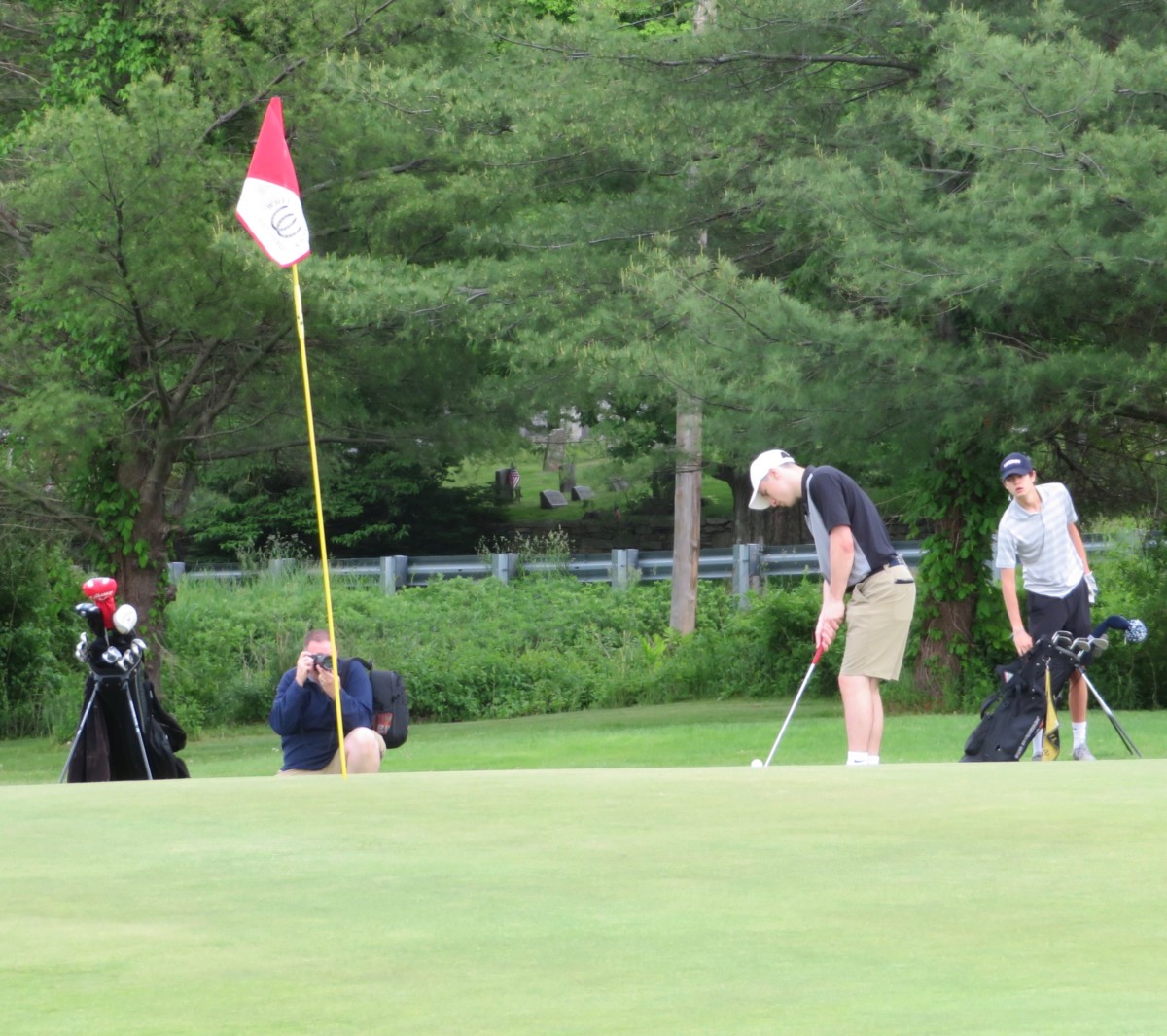 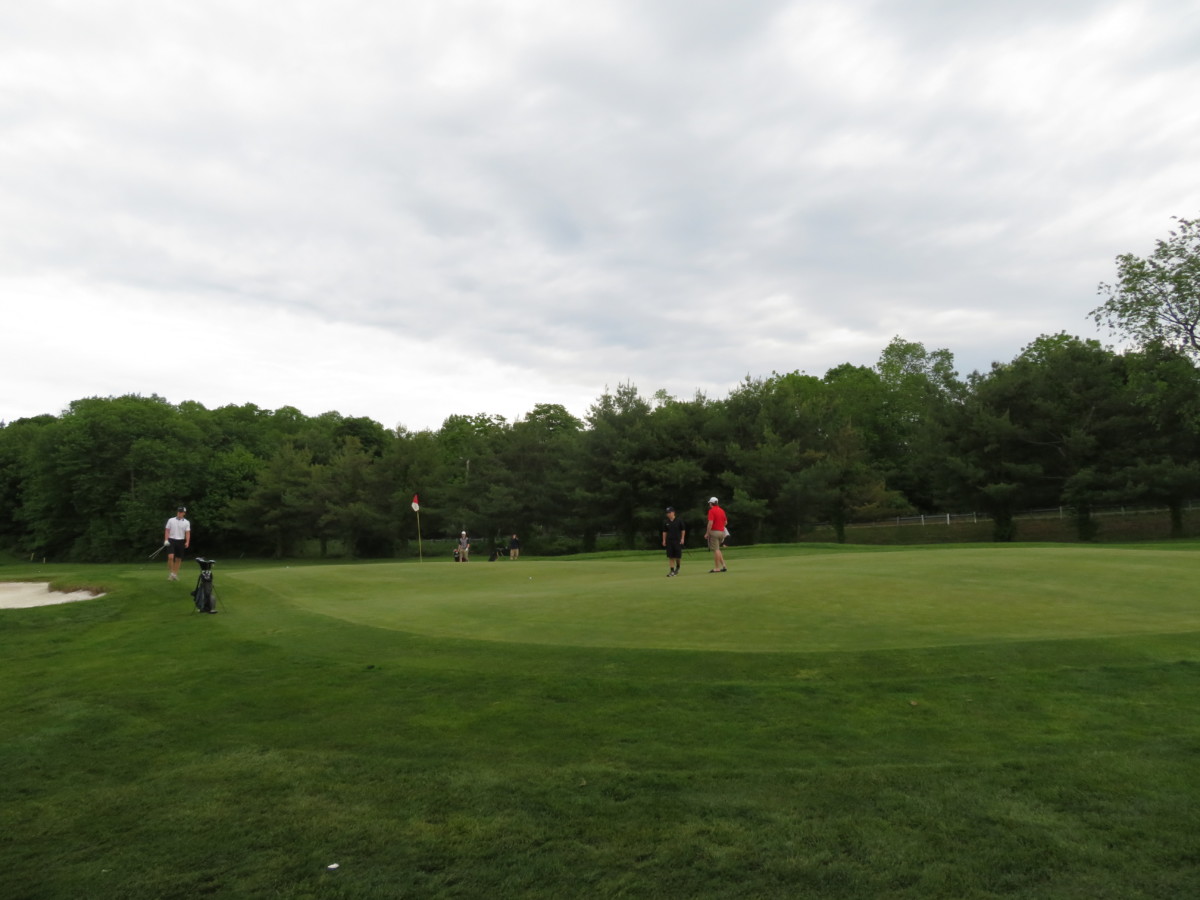 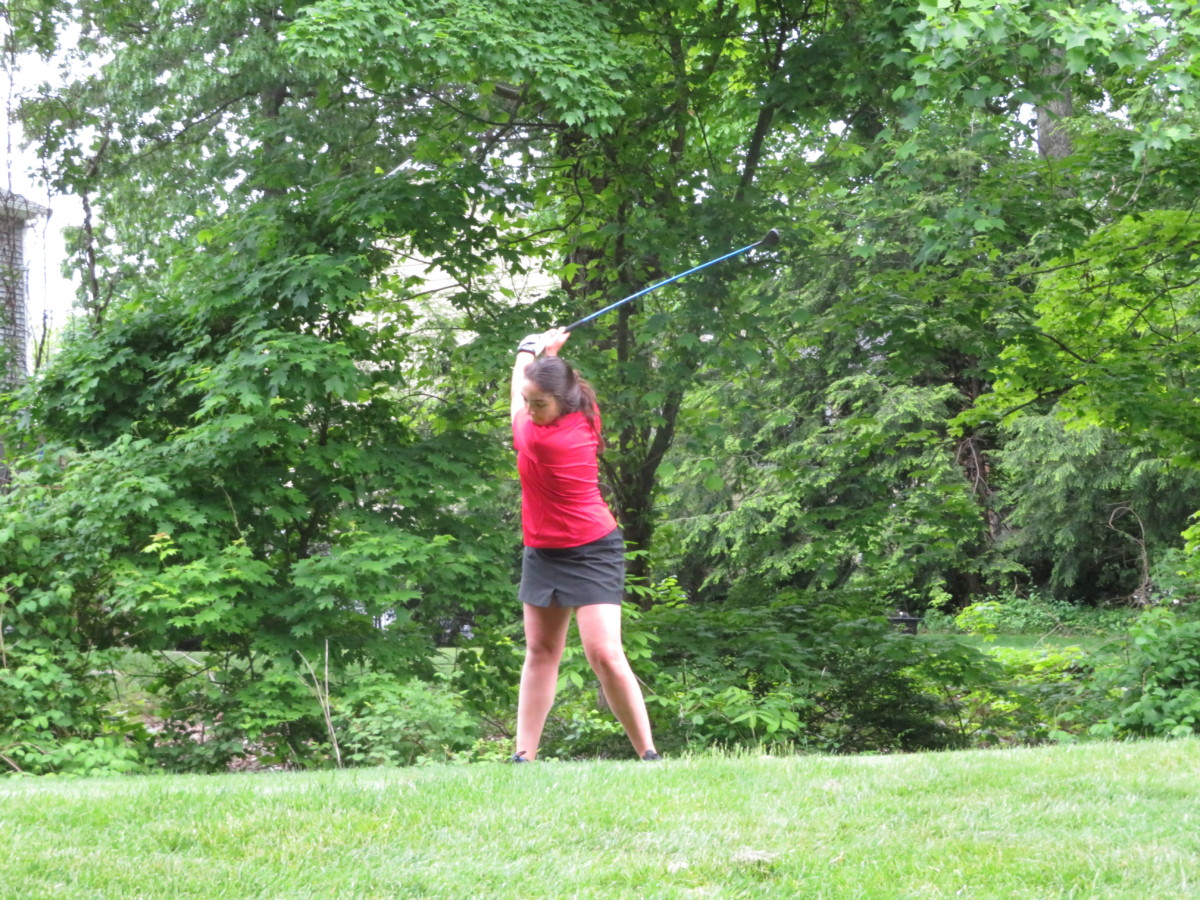 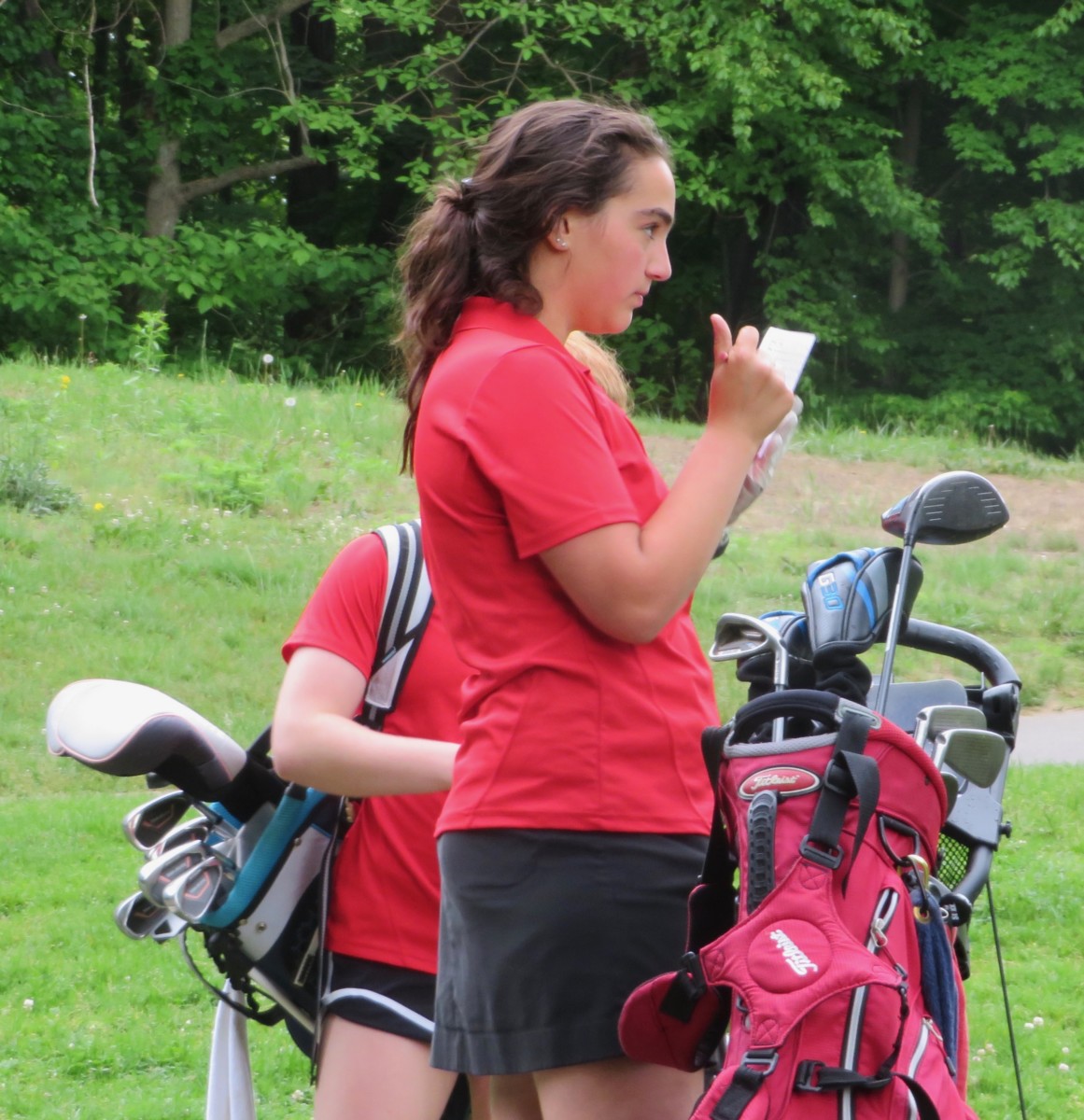 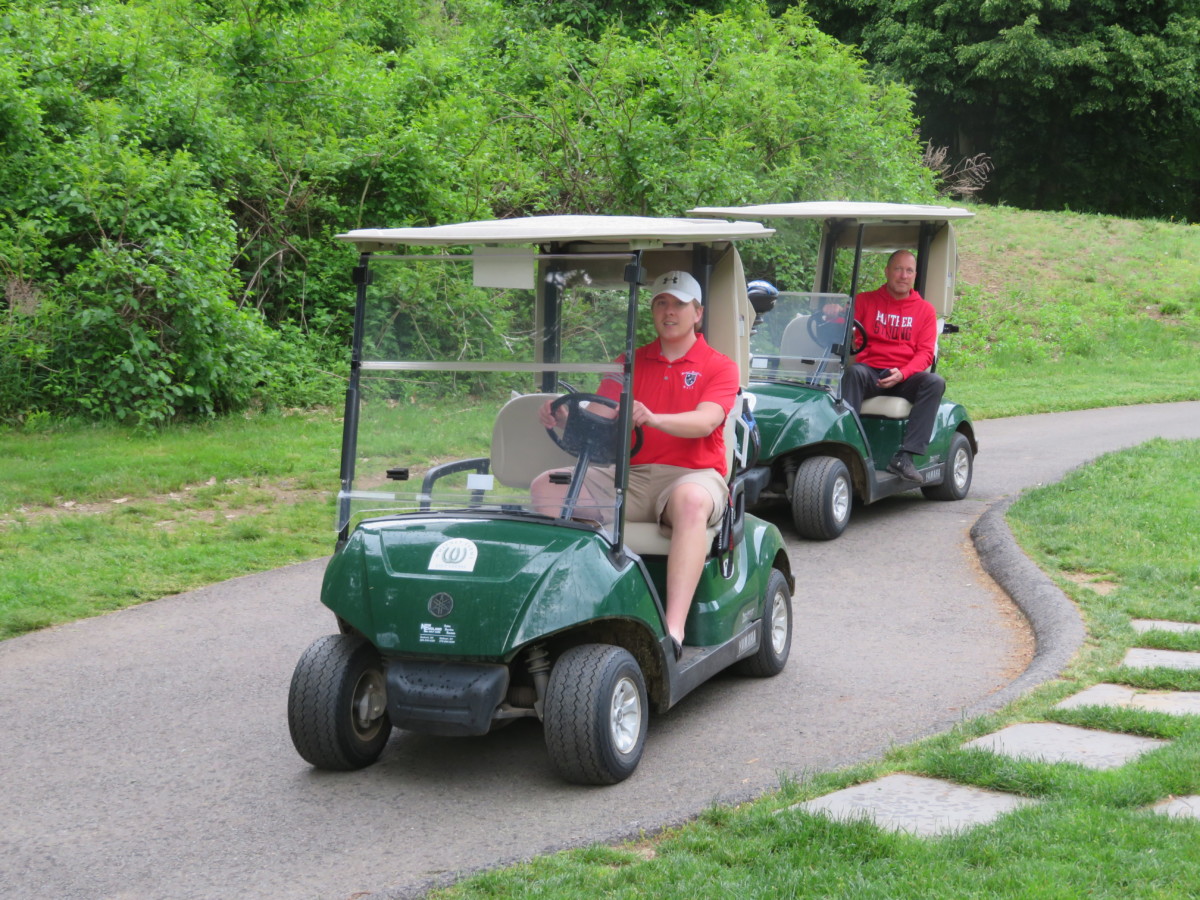 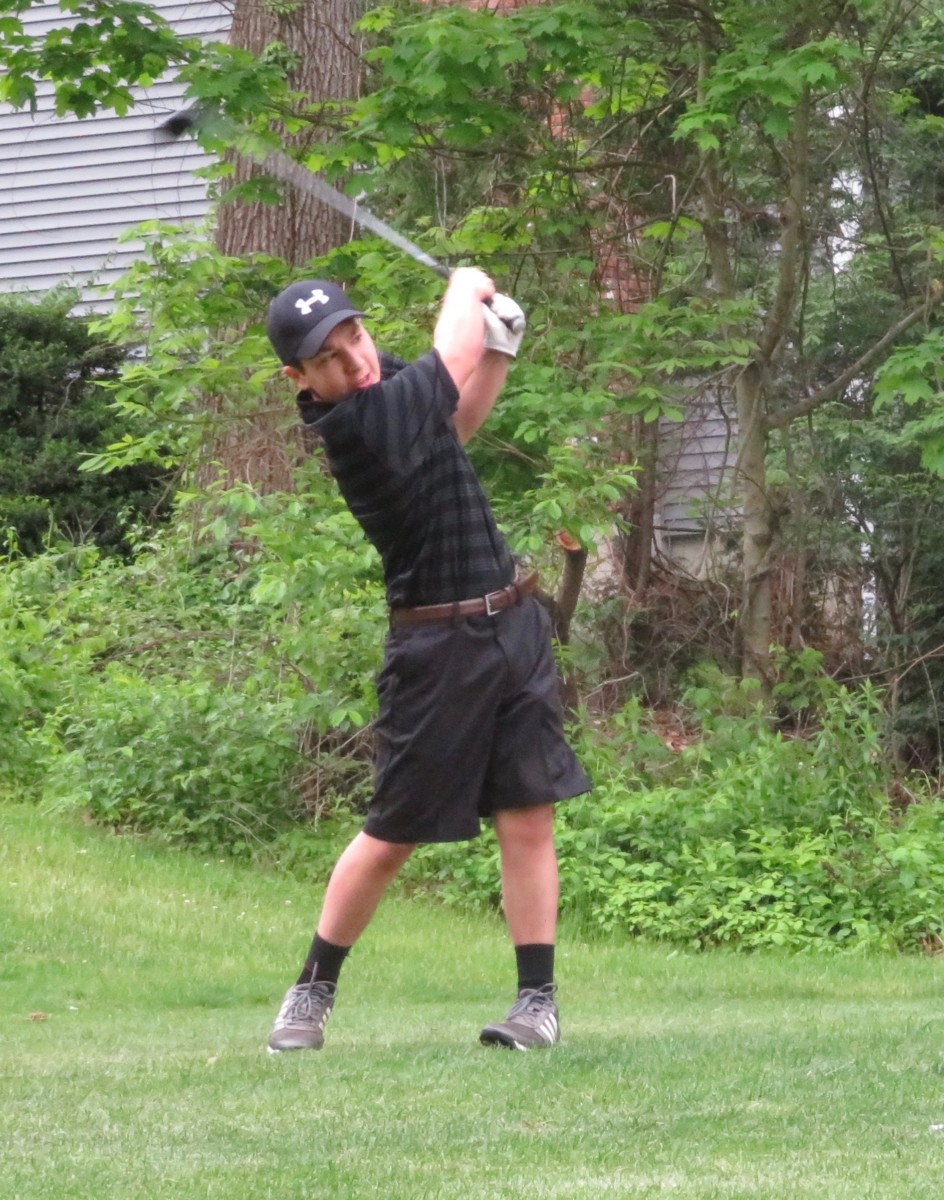 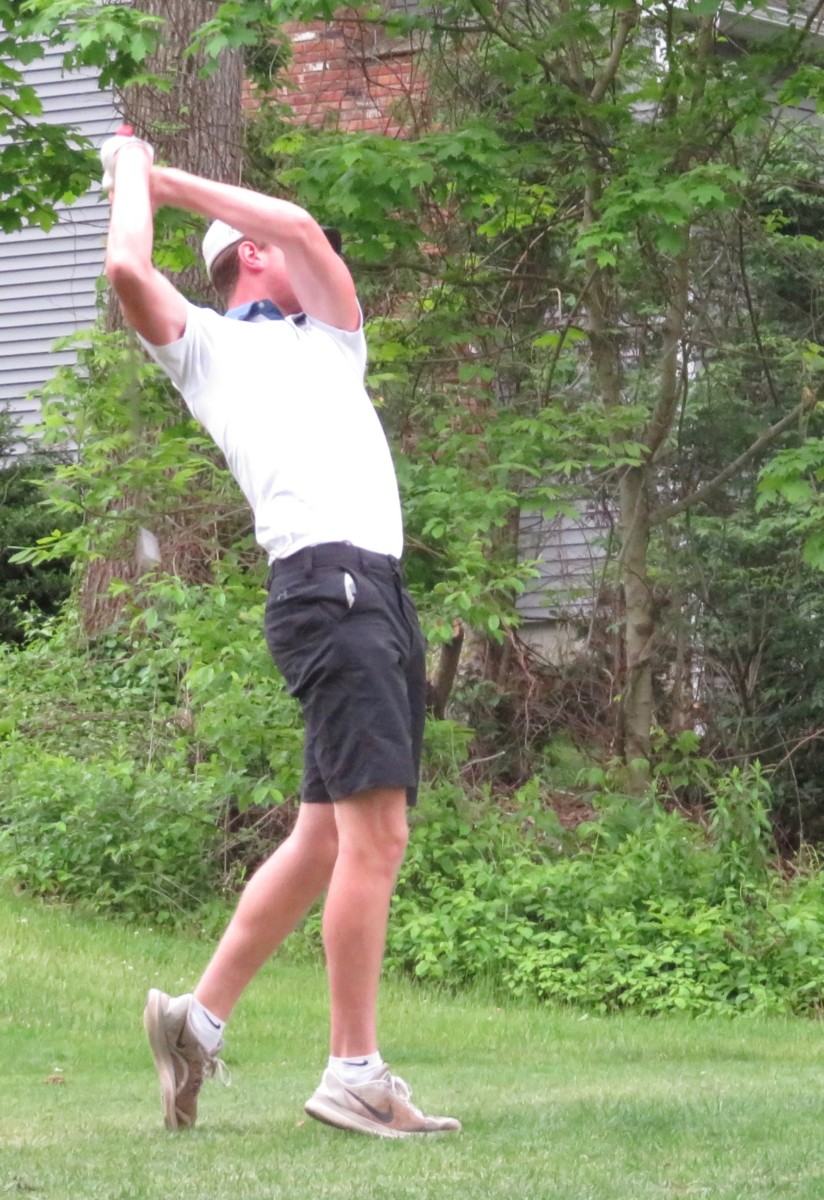 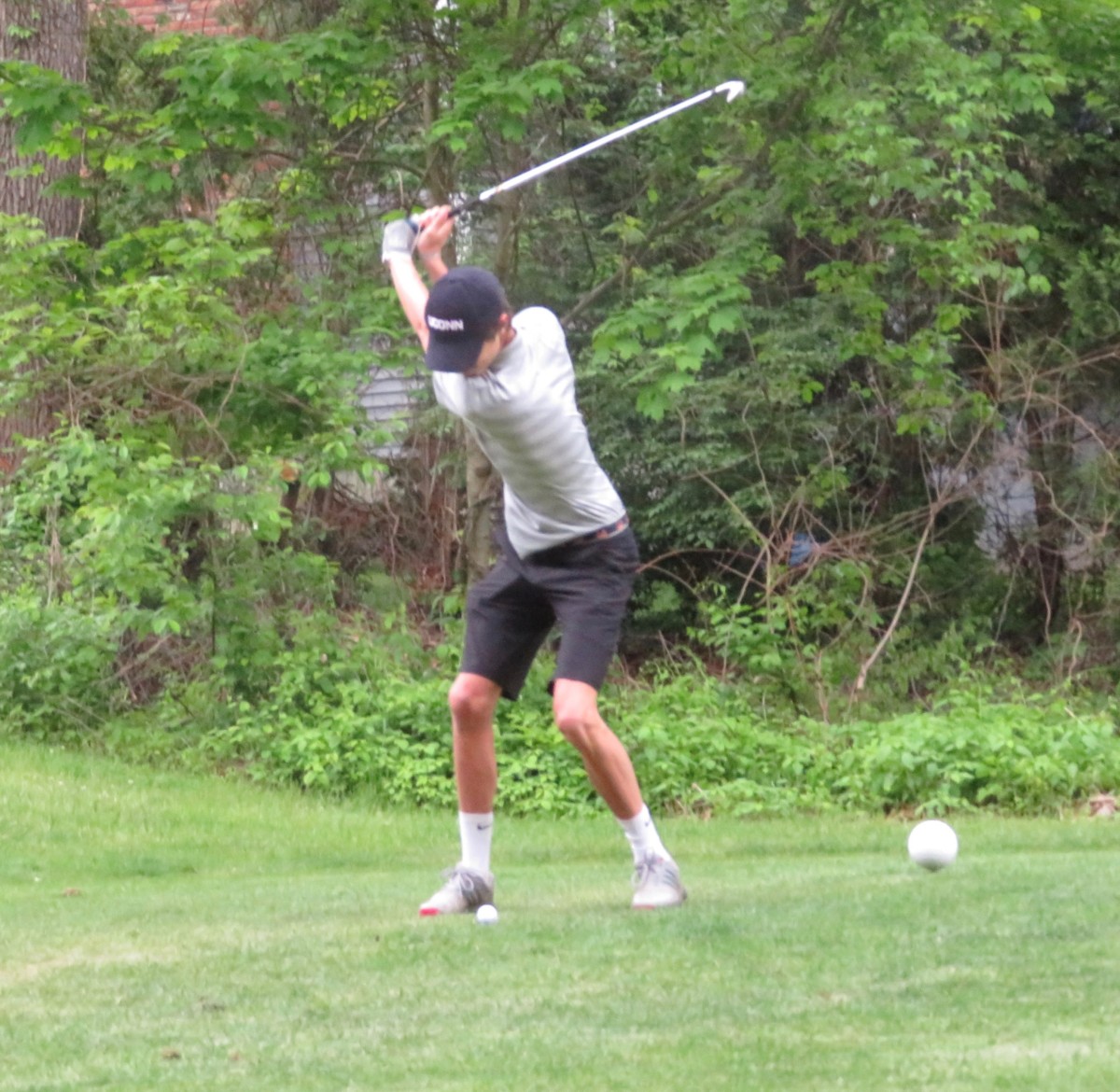