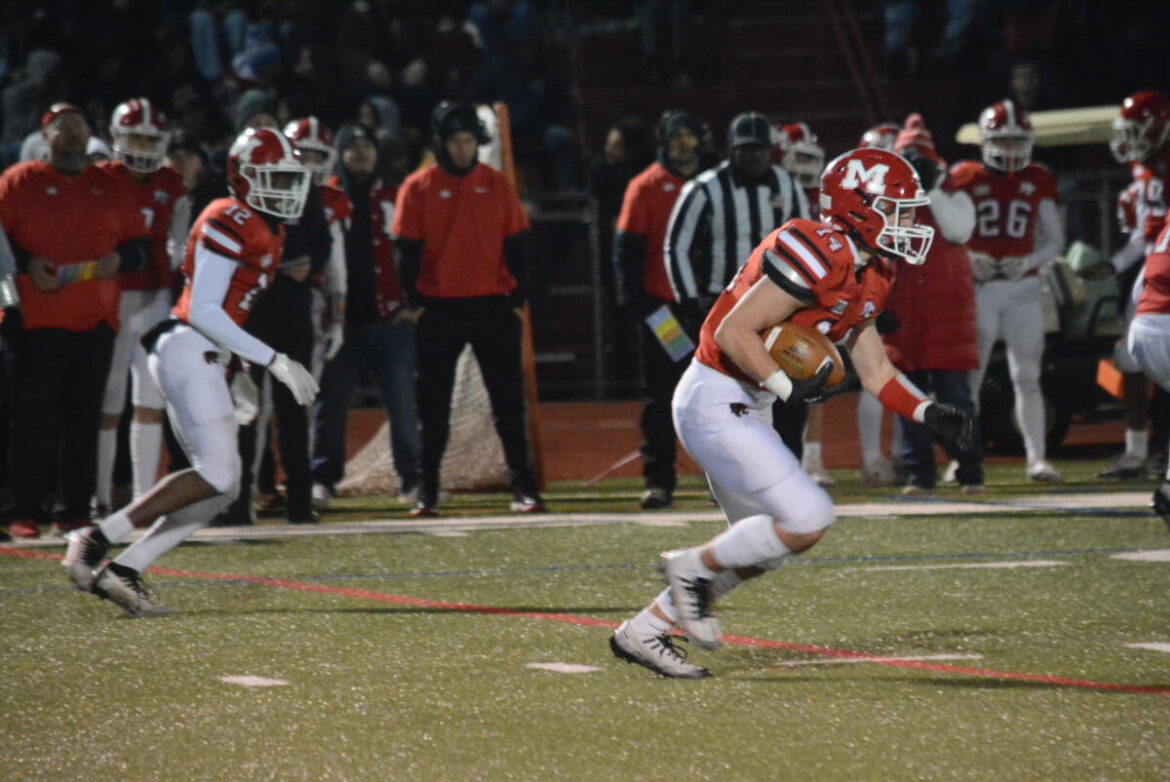 Panther running back Jason Champagne carries the ball in a game earlier this season.

WOODBURY, CT — Masuk High’s football team jumped all over the host Northwest United co-op football team en route to a 46-6 win in the Class MM State Playoff opener Tuesday. The No. 7 Panthers built a 46-0 lead before halftime and cruised to victory over the No. 2 seed, at Nonnewaug High School.

In the first half alone, quarterback Dylan Jackson completed 12 of 14 pass attempts for 232 yards and a pair of touchdowns — a 65-yarder to Deven LaRoche and a 51-yard strike to Ryan Fedeli.

Kyle Beckett ran for a 5 yard score and Jason Champagne scored on a 15 yard rush. Gavin Walker had a couple of touchdown runs, from 16 and 50 yards out.

Masuk converted a pair of early two-point conversions on runs by Beckett and Fedeli.

Walker had four carries for 78 yards, Champagne had three catches for 87, LaRoche two receptions for 72 and Fedeli two catches for 64.

Luke Benway had a quarterback sack in the end zone for a safety.

Masuk Coach Steve Christy was pleased with his team’s performance and looks forward to the next round. The Panthers will take the long bus ride to visit No. 3 Killingly in the state semifinals on Sunday, Dec. 4, at 12:30 p.m.

The winner faces either No. 5 North Haven or No. 8 Wilton in the Dec. 10 championship.