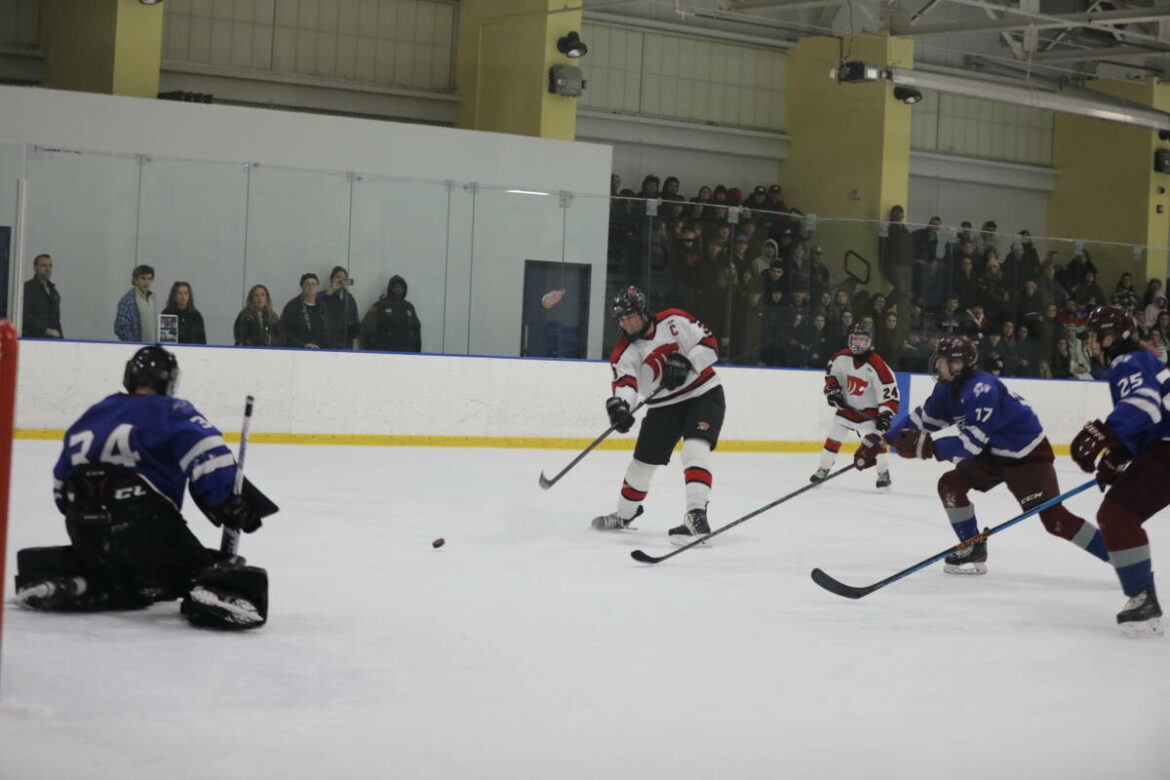 Drew Scalia fires a shot on goal in Masuk's win. Scalia had two goals and a pair of assists.

SHELTON, CT — The offense continues to soar for the Masuk High hockey team. The Panthers defeated visiting Brookfield-Bethel-Danbury 9-4 at the Rinks at Shelton on Wednesday night.

AJ Michetti led the way with a hat-trick and Drew Scalia and Nick Kondub both scored twice. Kyle Sutfin and Luke Kondub also found the back of the net. 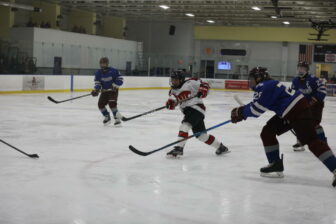 Photo by Vikki May

Austin Braiewa follows through on his shot at the net during Masuk’s 9-4 win over BBD on Wednesday. Braiewa notched three assists in the game. Photo by Vikki May

Christian LaBella and Austin Braiewa both had a trio of assists. Colin Deering, Suftin, Scalia and Kondub all had two assists and Michetti had one.

Maddex LaFountain was the winning goalie as Masuk improved to 4-1. The Panthers have racked up 34 goals in their first five contests. They return to the ice to host Wilton in Shelton on Saturday, Jan. 14; faceoff is set for 8:45 p.m.