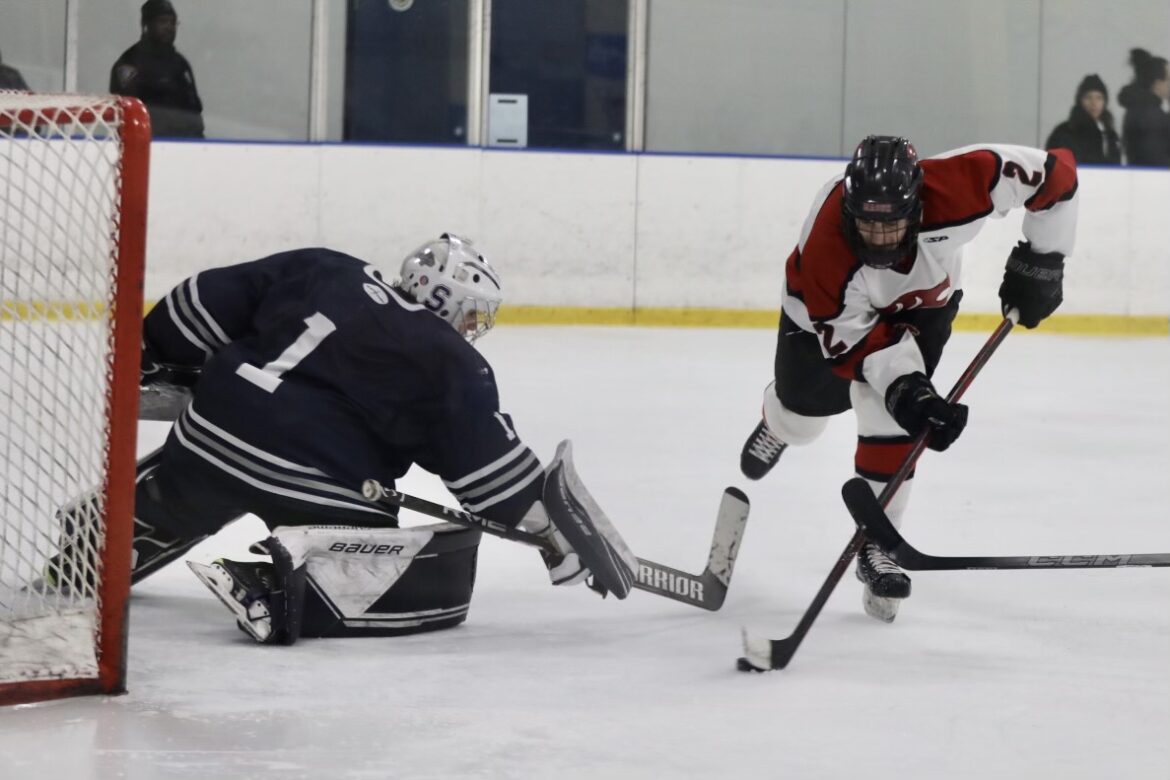 Kyle Sutfin scores one of his three goals versus Staples.

SHELTON, CT — The Masuk High hockey team defeated New Milford 5-2 and Staples 6-2 in games at The Rinks at Shelton on Wednesday, Jan. 18, and Saturday.

Against New Milford, Kyle Sutfin scored twice and Christian Palmieri, Christian LaBella and AJ Michetti all hit the back of the net. 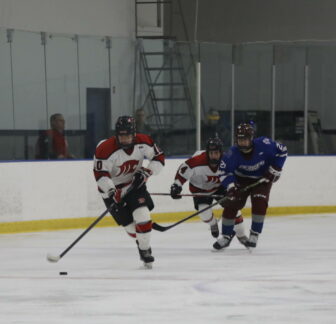 Colin Deering competes for the Panthers in the New Milford game. Photo by Vikki May

Maddex LaFountain had two shutout periods in goal. New Milford jumped out to a 2-0 lead and led 2-1 after one period of play. Masuk seized a 3-2 lead heading into the third before putting the game away.

Against Staples, Suftin netted a hat-trick. Drew Scalia, Luke Kondub and Colin Deering all had goals.