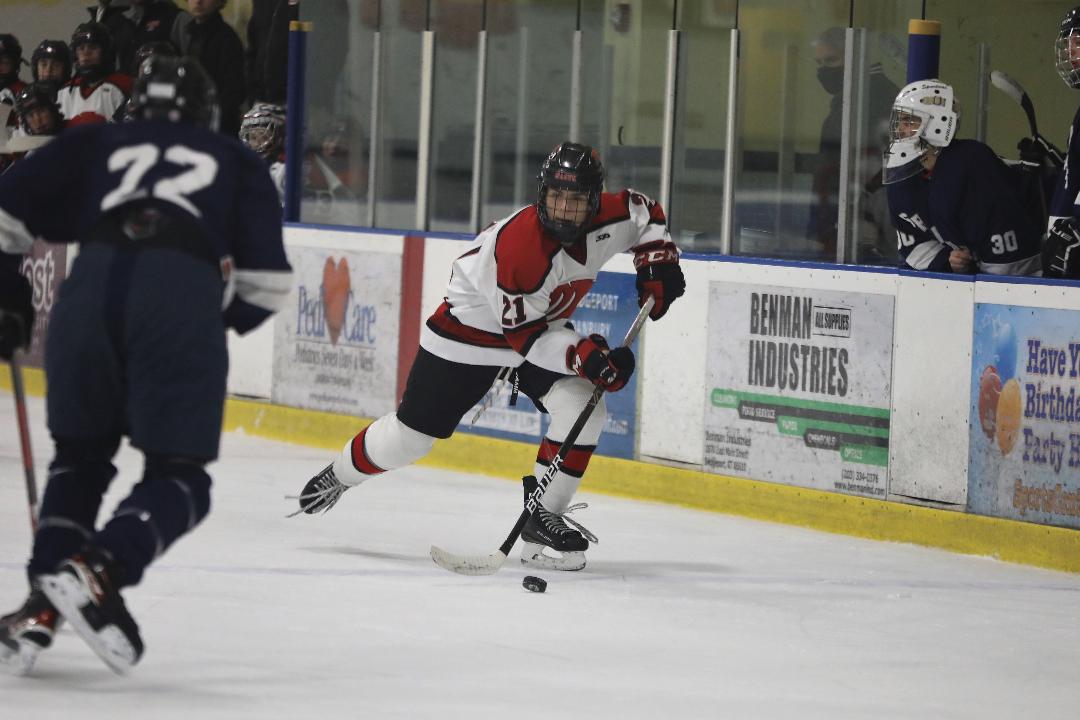 Photo by Vikki May

Christain LaBella skates the puck into the attacking zone during game action this winter.

There has been no shortage of scoring for the Masuk High boys hockey team this winter. The Panthers have averaged over six goals per game through four contests en route to a 3-1 record.

The Panthers went on the road and beat the Shepaug co-op 7-2 on Friday, Jan. 6. This was Masuk’s second victory over the Shepaug squad, since winning a 5-1 contest in the season opener on Dec. 14. Drew Scalia, Christian LaBella and AJ Michetti all scored twice and Nick Kondub added a tally.

Kyle Sutfin and Luke Kondub both had a pair of assist and Austin Braiewa, Michetti, Scalia, Nick Kondub, James Cybart and Connor Ewald also had assists. Andy Guerrera was in goal for the win.

Masuk bounced back from a 7-6 defeat to Branford in Northford on Dec. 21. Luke Kondub lit the lamp four times to lead the offense and Scalia scored twice. Nick Kondub had the role of playmaker with five assists, Scalia set up two goals and Colin Deering, Luke Kondub and Kyle Sutfin had an assist each. 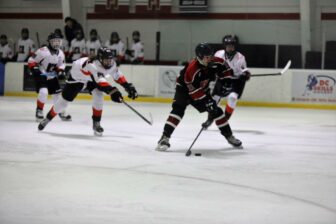 Nick Kondub moves with the puck during a win over Milford. Photo by Vikki May

Scalia logged four assists, Braiewa and Luke Kondub both had two helpers and LaBella and Sutfin also helped set up goals. Maddex LaFountain was between the pipes for this Masuk win.

Masuk will host Brookfield-Bethel-Danbury at The Rinks at Shelton on Wednesday, Jan. 11, at 8 p.m.