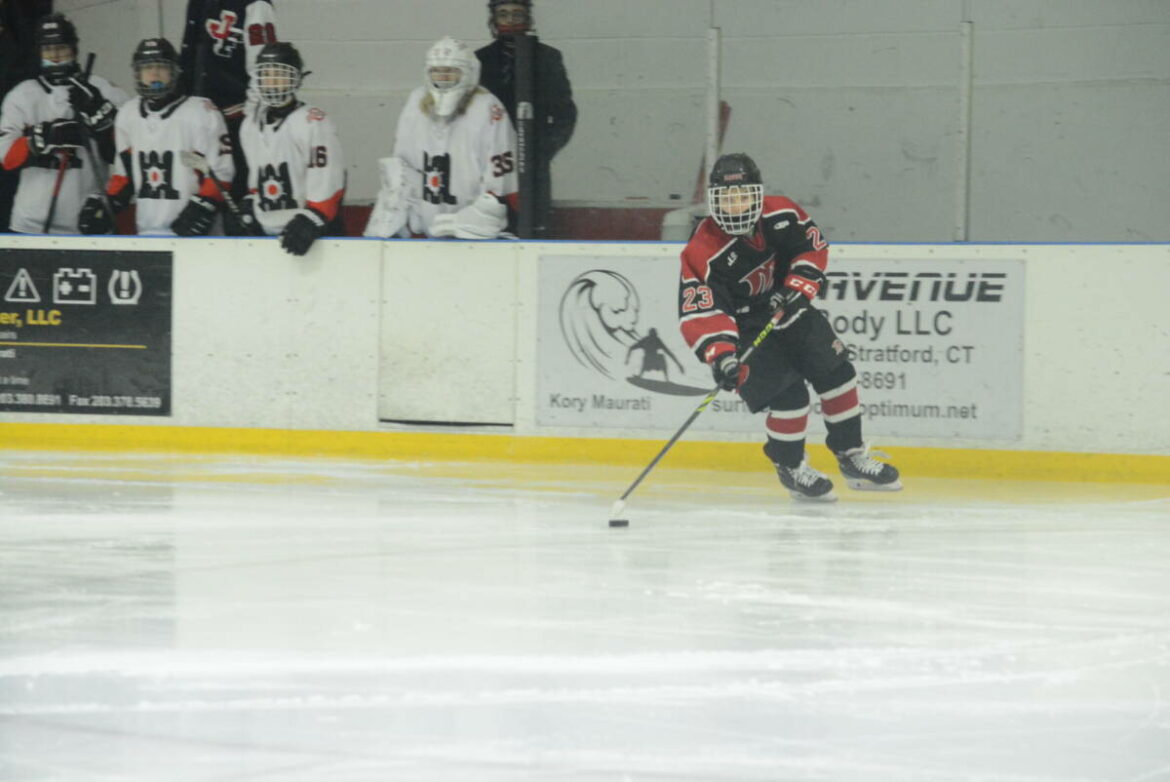 Drew Scalia is one of the captains of the Masuk Panthers hockey team, along with fellow senior AJ Michetti.

MONROE, CT — The puck is about to drop for the start of the boys hockey season, and Masuk Coach Andy Townsend is optimistic about it ending with a deep playoff run by his Panthers.

“Expectations are high for this season,” said Townsend, whose team went undefeated in the preseason. “We should be in contention for a conference and state championship.”

Masuk is led by captains Drew Scalia and AJ Michetti, both senior forwards.

Other Panthers to watch for are senior forwards Kyle Sutfin and Alex May and senior defenders Colin Deering and Austin Braiewa.

The season opener is Wednesday, Dec. 14, when the Shepaug-Litchfield-Thomaston-Nonnewaug team comes to the Rinks at Shelton for an 8 p.m. contest.