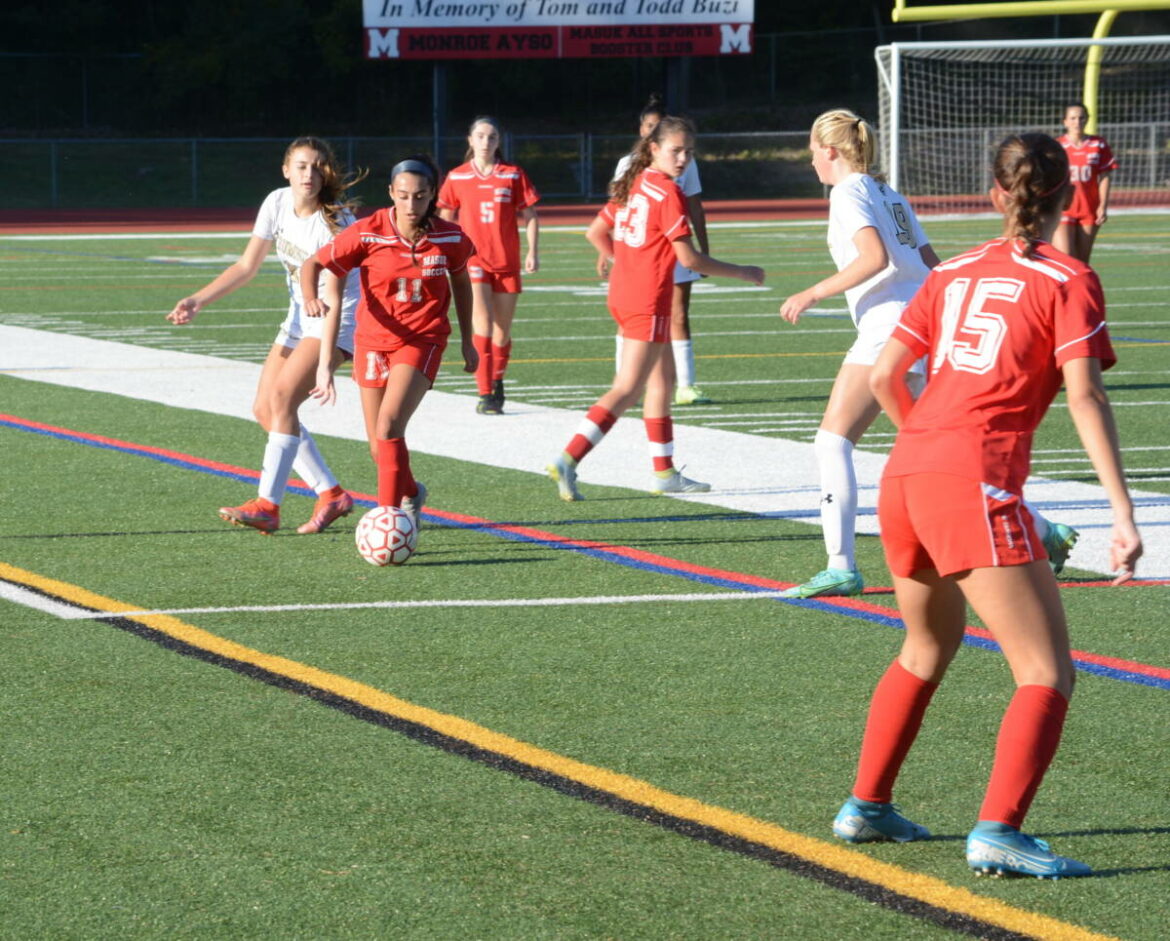 Note: This list of Masuk team members is based on current roster, subject to variation with JV call ups.

MONROE, CT — Masuk High’s girls’ soccer team has had a successful first half of the campaign. After a season-opening setback, the Panthers earned wins and ties in seven consecutive games, piling up a lot of goals in the process. 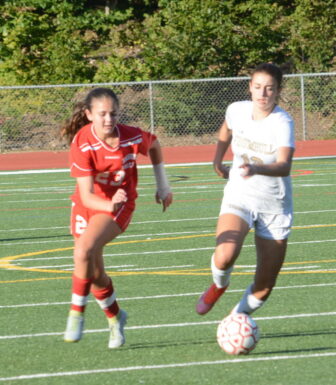 Tatianna Fabruk, of Masuk, left, runs to the ball against Trumbull High School.

Goleski said junior Grace Sheehan has led the offense which has had contributions throughout the lineup.

Masuk put up nine goals in back to back games Sept. 23 and 25, toppling Kolbe Cathedral 9-1 and Harding/Bassick 9-0.

The Panthers have held opponents scoreless in four games, led by starting goalkeeper Elissa Campos and the defense of Marianna Martese, Marise Klutch and Gianna Convertito. Masuk took a hit in the Trumbull game when Campos suffered a head injury in a collision while the game was scoreless in the second half. Two other players were lost to injury.

Trumbull got the only goal when Monroe resident Mackenzie Reid assisted Taylor Lilly. Reid is part of Trumbull’s defense, which denied Masuk a goal for the first time since Masuk and Pomperaug played to a scoreless tie on Sept. 21.

The Panthers have also beaten New Milford and Stratford and earned ties with Weston and Immaculate. 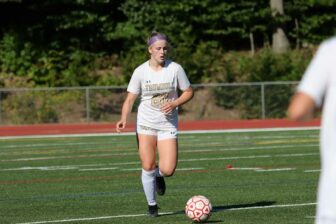