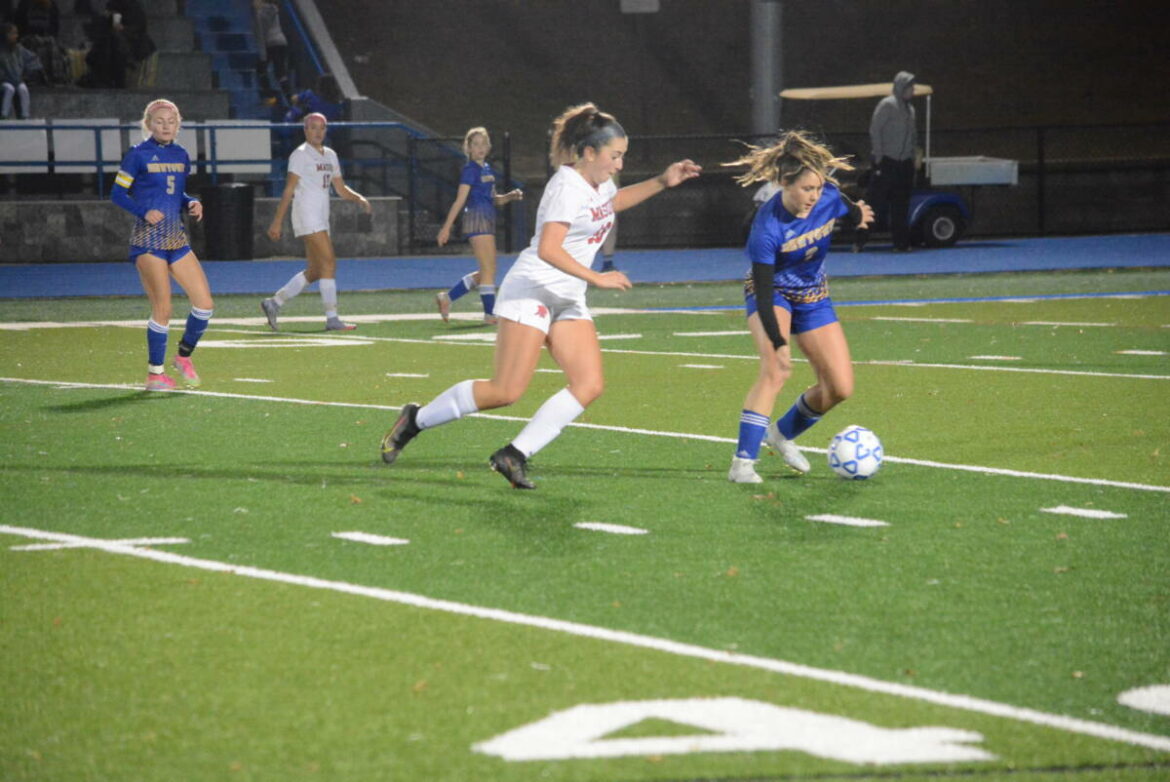 Masuk High’s girls soccer team is heading into the postseason in playoff mode with regular season-ending clashes against some of the top teams in the South-West Conference.

The Panthers lost their first and second games in conference play this season, falling 1-0 to Brookfield on Oct. 13 and 2-0 to Newtown on Oct. 18 — both on the road. The Panthers finish up against Bethel on the road this Thursday at 4 p.m. and home against Joel Barlow Tuesday, Oct. 25, at 7.

Then it is on to the SWC tournament. 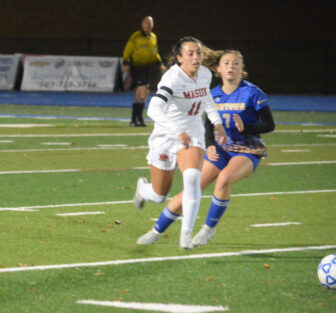 Alyssa Ianucci races after the ball along the sideline during a late-season game.

“We learn from every single game and I think this is one of those games we really played up,” Masuk Coach Kate Pellegrino said after her team all but matched Newtown’s play in a competitive clash. “Everybody played their heart out.”

Goalkeeper Elissa Campos made seven saves to keep her team in it. Alyssa Ianucci made some strong runs from the back to boost the offense. Sam Dube was among the Panthers to threaten, but get denied as Masuk was held without a goal for only the third time all season, including a scoreless tie with Pomperaug.

The Masuk team is among the top few in the SWC Colonial Division, along with Newtown and Pomperaug.