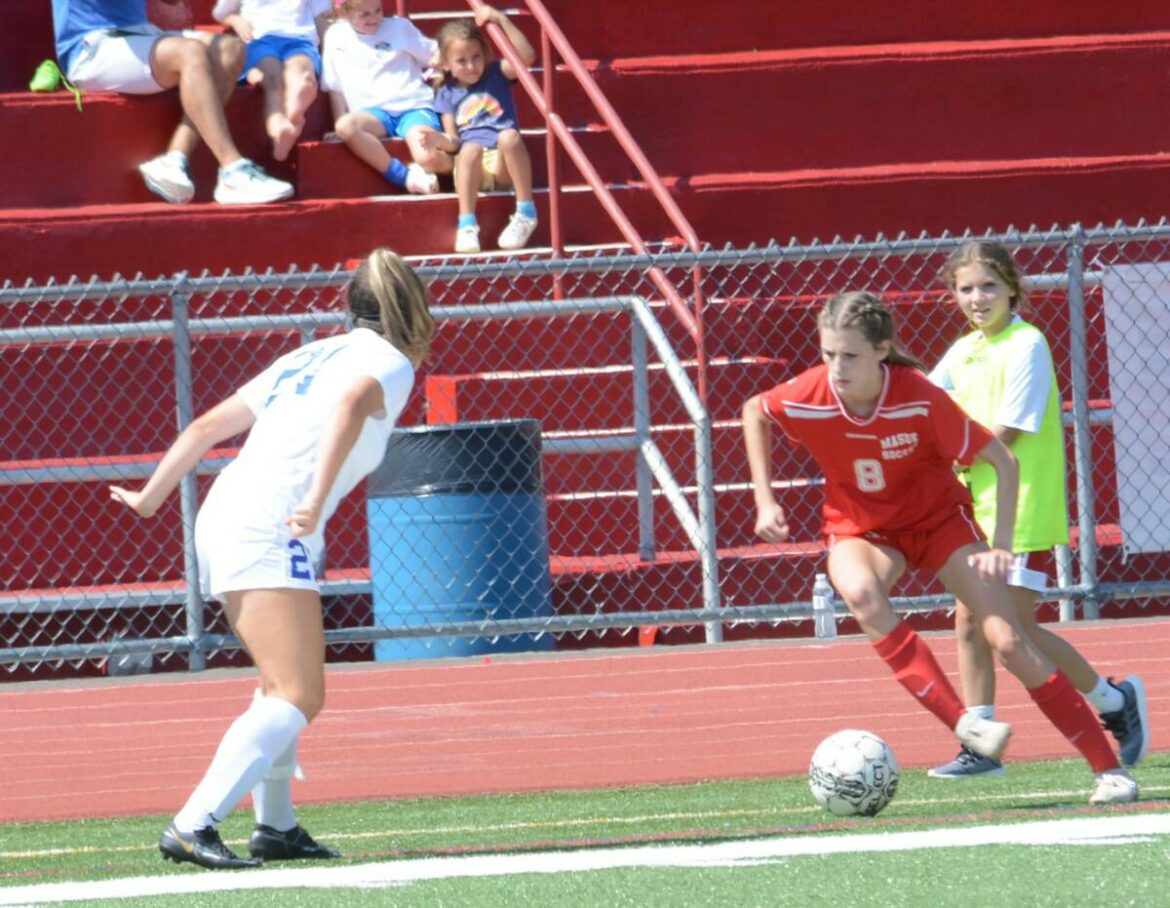 Kylie Hurme makes a move with the ball during early-season action against Fairfield Ludlowe.

Coach Kate Pellegrino said her Panthers played to their strengths against a challenging Weston squad.

“Our team stayed strong in the midfield and was a collective unit defensively,” she said.

The game remained scoreless through the first half. Masuk took the lead 10 minutes into the second half on a goal by Brianna Van Derheyden. The Panthers added to the lead 12 minutes later on a high shot from outside the 18-yard box by Hannah Dorney.

Weston responded with a goal with about five minutes left but the Panthers were able to hold off any counterattacks to hang on for the win.

“Great game. The Masuk girls showed a lot of tenacity and grit. their willingness to keep fighting is all I could ever ask for as a coach. I am proud of the players,” said Pellegrino, adding that her team turned its attention to New Milford.

In the win over New Milford, the Panthers racked up the scoring chances. Van Derheyden had five shots and scored two goals, Dorney had eight shots and scored one. Samantha Dube had all three assists.

In the Norwich Free game, both goals came in the second half of this evenly-matched game.

Masuk goalkeeper Elissa Campos made two incredible saves in the second half to keep Masuk within just a goal, and Van Derheyden scored the goal to tie the game.

“We are on the path to having a strong season. I am looking forward to our home game vs. Pomperaug on Tuesday,” said Pellegrino, whose Panthers will entertain the Pomperaug Panthers under the lights at 7 p.m.