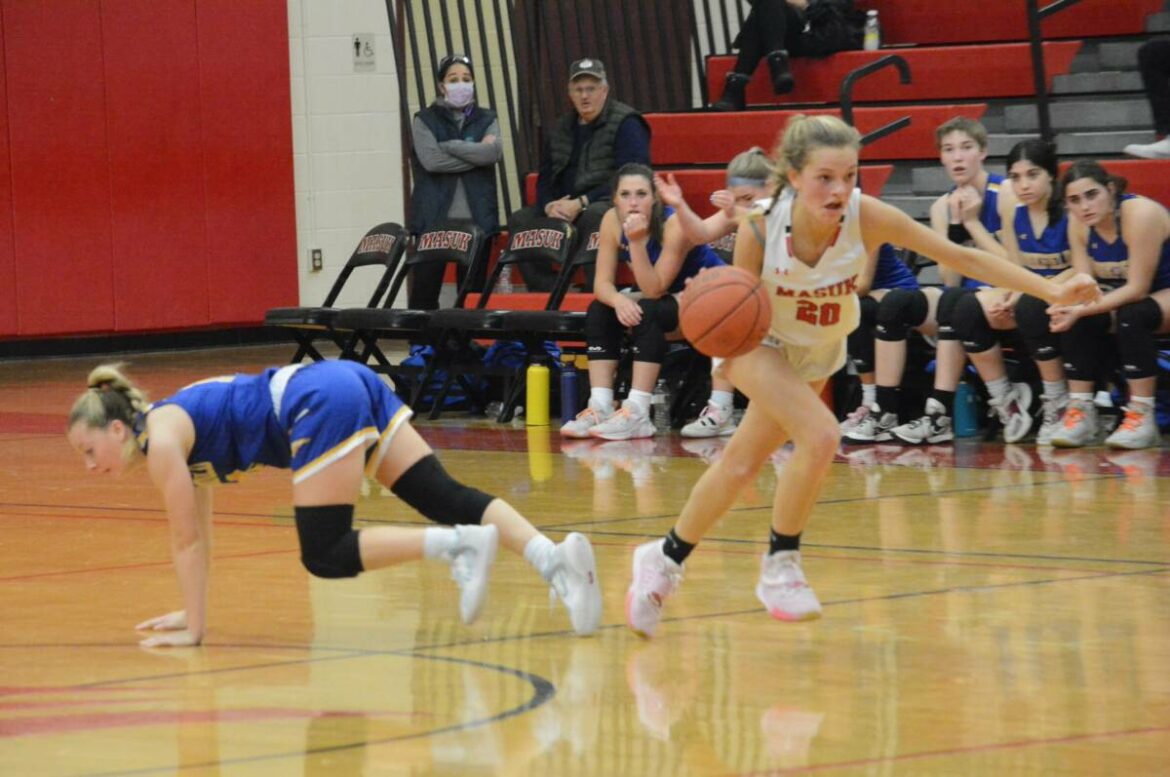 Bailey Bajda competes during a game this season. Bajda and the Panthers defeated Stratford on Thursday.

MONROE, C.T. — Masuk High’s girls basketball team got points from nine players on the way to a 56-39 victory over visiting Stratford on Thursday night.

Bailey Bajda and Grace Kearney each scored a dozen to lead the offense.

Sami Dube and Lauren Breyer both scored eight with Breyer hitting a pair of 3-pointers.

Masuk led 17-12 after one quarter of play and pushed the lead to 31-19 at halftime. The Panthers pulled ahead 41-27 through three quarters of play.

The girls have two games in as many days with a Monday, Jan 9, visit to Joel Barlow at 7 followed by Tuesday’s home tilt with nonconference team Amistad at 6 p.m.