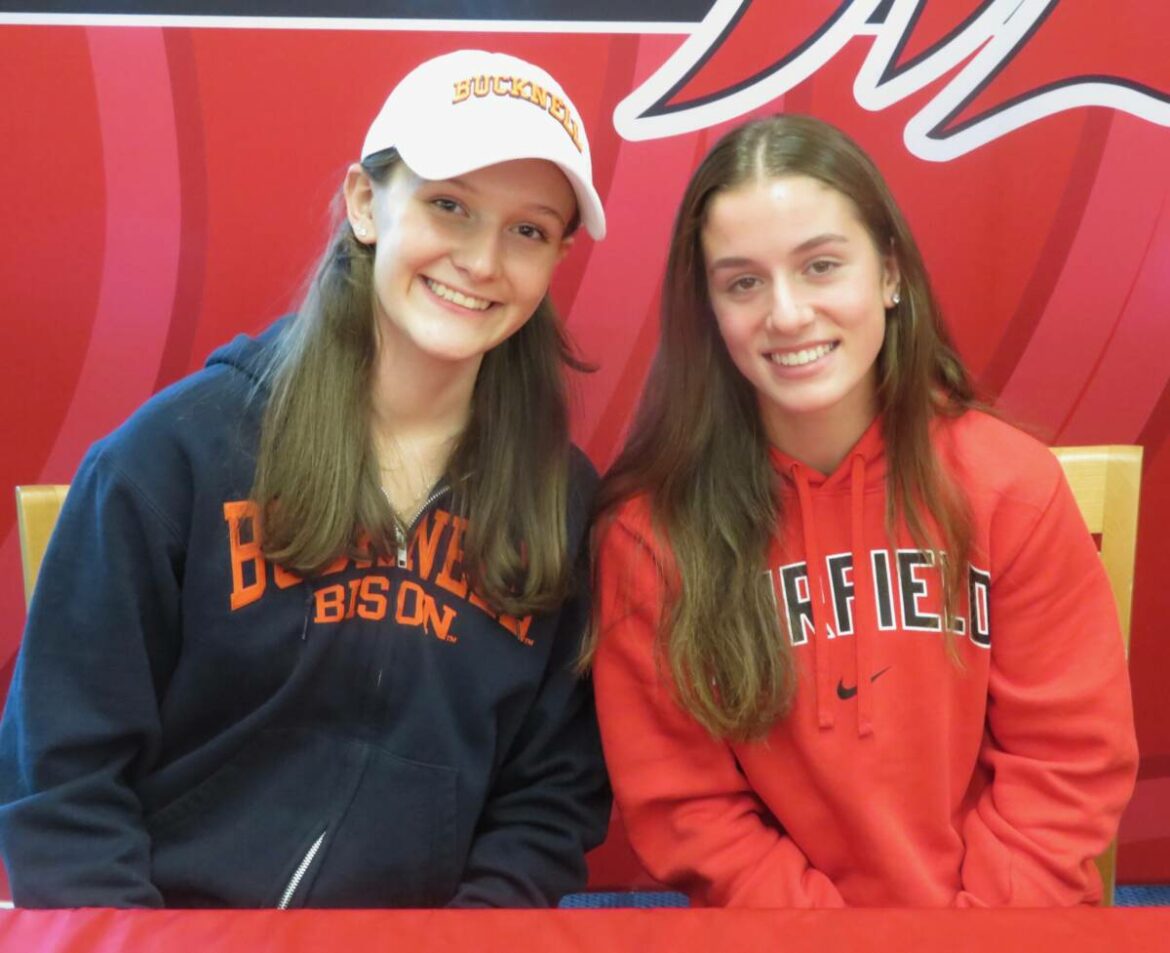 Masuk lacrosse standouts, from left, Juliana Pagano and Mary Henry, are among their school’s star athletes who will play Division 1 ball after they graduate.

MONROE, CT — Masuk High’s girls lacrosse team is looking to build off last year’s success and Saturday’s season-opening 17-2 win at Shelton as the 2022 campaign gets going.

“The seven returning seniors have unfinished business in the South-West Conference as well as in the class M playoffs,” Coach Rob Troesser said. “Senior captains Mary Henry, Juliana Pagano and Lauren Henry look to lead the charge into this year with their endless hustle and enthusiasm.”

In this year’s opening win, at Shelton, the scoring was distributed between eight players. Mary Henry, Lily Cameron and Amelia Logan had three goals a piece — a trio of hat-tricks to lead the way. Sammy Henry, Juliana Pagano and Samantha Sullivan netted a pair each, and Jess Minch and Caroline Raymond added a goal apiece to cap the scoring.

Goalie Sofia Clark faced only six shots, but turned aside four of them for the Panthers. The girls play their home opener this Tuesday, April 5, against Trumbull at 6:30 p.m.