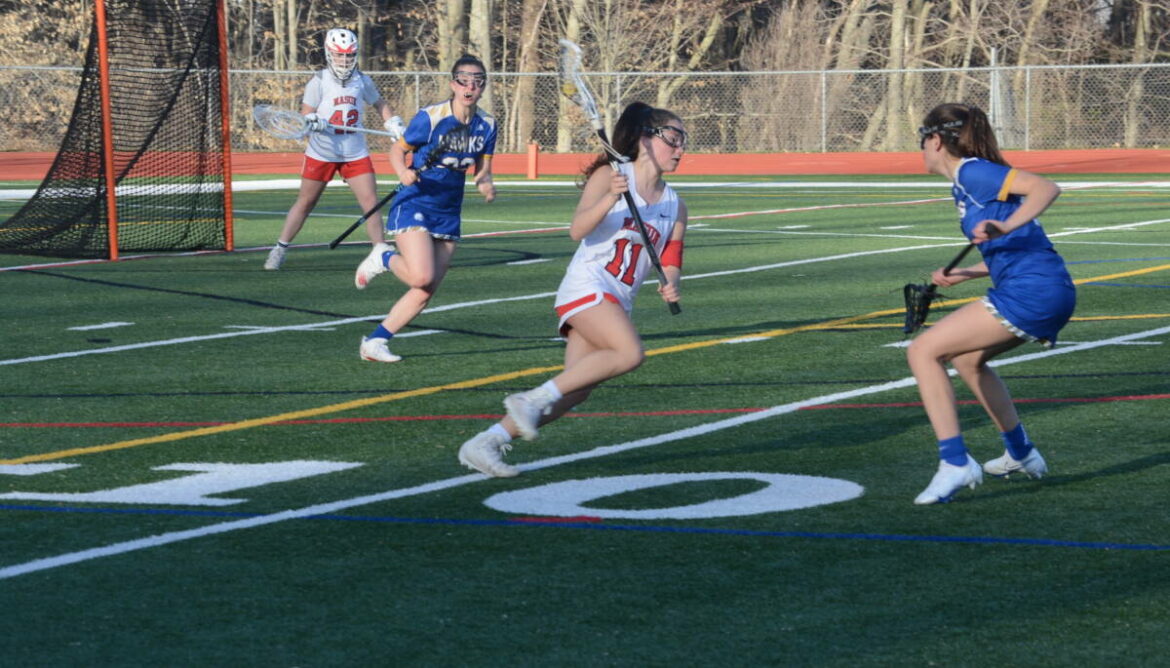 Jessica Minch brings the ball up for Masuk against Newtown.

MONROE, CT — Masuk High’s girls lacrosse team got out of the gate with three straight wins, following up a 17-2 win over Shelton on April 2 with a 20-7 triumph over Trumbull on April 5 and an 11-6 victory on the road at Pomperaug on April 7.

It was a bitter-sweet win for Masuk over Pomperaug as the team lost standout player Mary Henry to an injury. 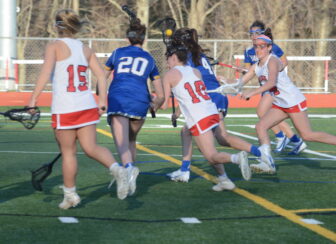 Lauren Henry, right, fights for the ball against Newtown.

Pagano had four goals and Logan had three in the Newtown game. Masuk jumped out to an early lead and went up 9-6 at the half.

Next came a 15-10 setback to visiting Newtown on April 12, followed by a 10-5 defeat at New Fairfield two days later.

Newtown started to win possession off draws with more regularity and capitalized, outscoring Masuk 9-1 in the second half.

Troesser said his team had players in different positions and they adjusted well but ran out of gas against Newtown.