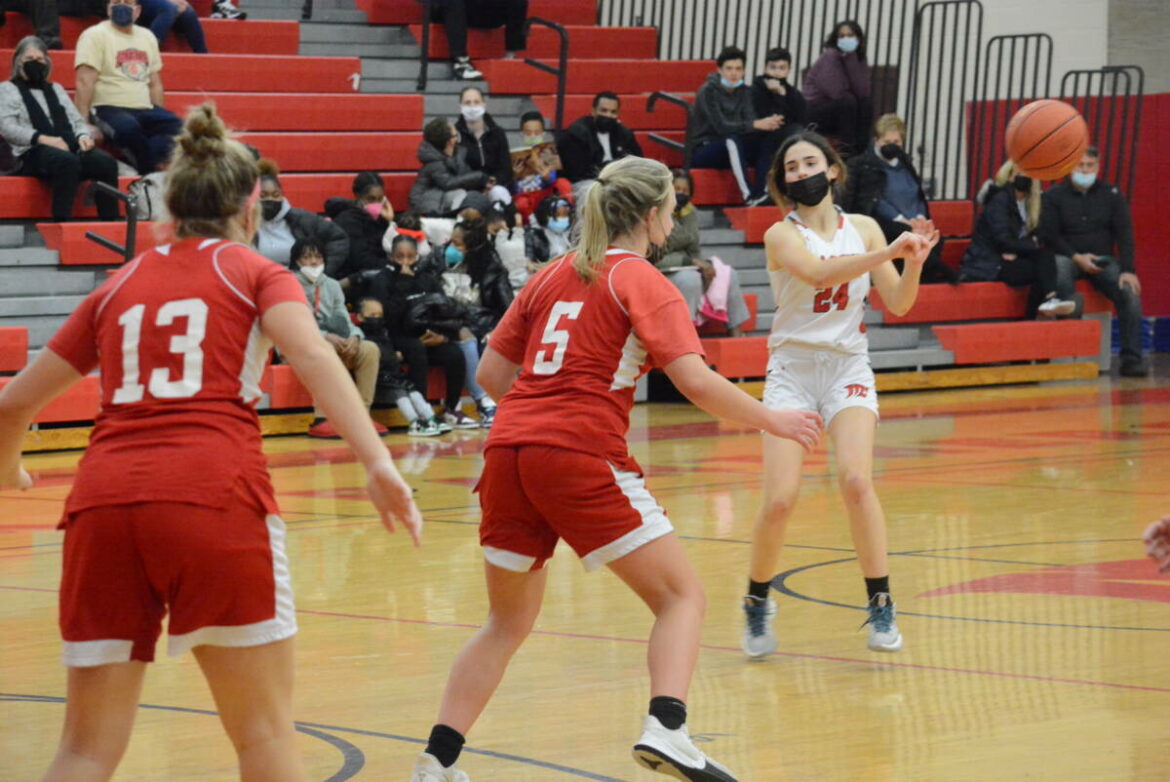 Masuk's Sofia Lieto passes the ball in a game against Stratford.

MONROE, CT — Masuk High’s girls’ basketball team hung close but could not overcome visiting Stratford in a 43-35 setback on Monday. The Red Devils avenged an eight-point loss to the Panthers (44-36) two weeks earlier by returning the eight-point road win favor.

Stratford led 31-26 through three quarters and went up seven points early in the final stanza before Masuk’s Natalie Lieto drained a 3-pointer to make it 33-29. The Panthers got a point closer on a free throw but could not get the game tied. The Red Devils led 39-33 before Masuk’s Hannah Fagan hit a pair of foul shots with 1:35 left, but the Panthers did not score again. 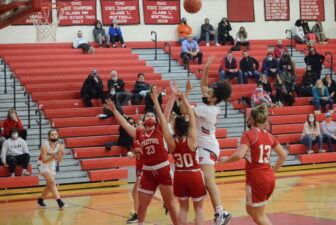 Kaitlyn Badden hoists up a shot for Masuk in a game against Stratford.

Masuk led 13-6 after one quarter of play and 21-16 at the half. Stratford outscored the hosts 15-5 in a game-changing third quarter.

The Panthers get right back at it with a home tilt against the Pomperaug Panthers tonight at 7 p.m. Pomperaug is coming off a 52-27 win over Stratford on Jan. 21.