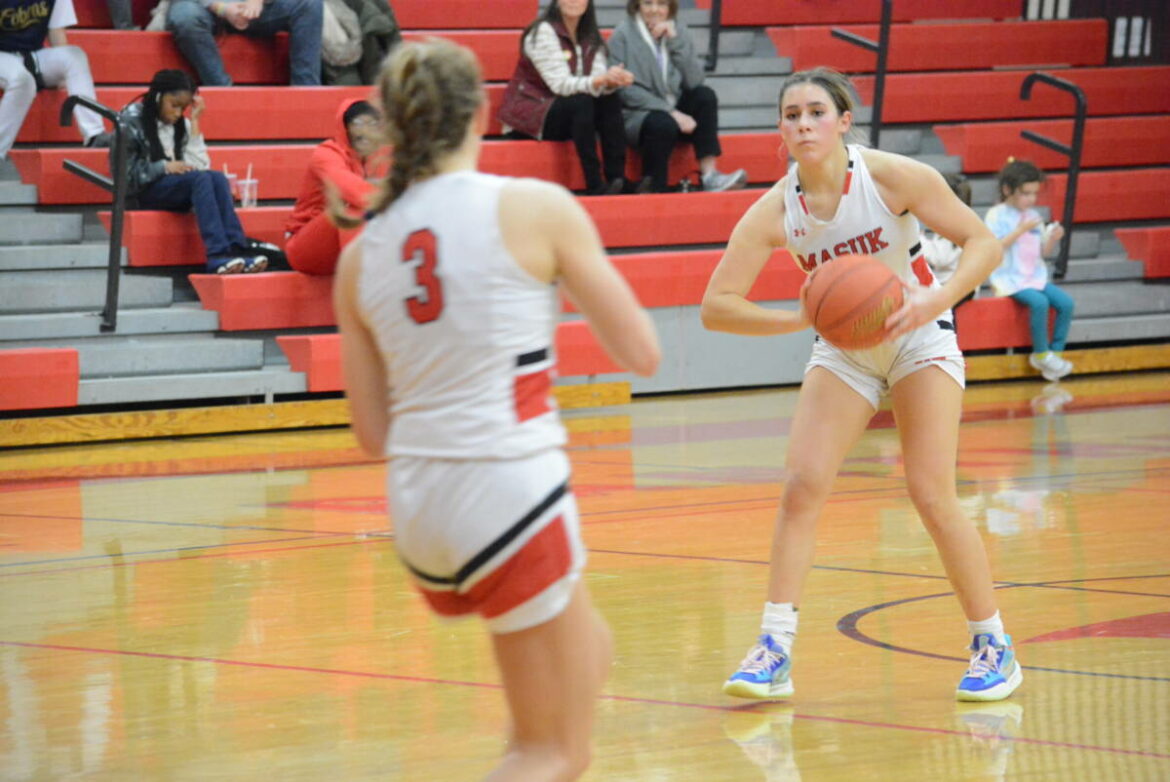 Natalie Lieto and the Panthers beat Notre Dame 37-32 on Tuesday.

MONROE, CT — Coming off a hard-fought 59-52 overtime loss to visiting Weston on Jan. 12, the Masuk High girls basketball team rebounded with a 37-32 victory over visiting Notre Dame-Fairfield on Tuesday, Jan. 17.

The Panthers led Weston 25-12 at the half before the visitors stormed back.

In Masuk’s win over Notre Dame, Bajda scored nine, Hannah Fagan had eight, Olivia Garrity scored seven, Natalie Lieto scored five and Ventresca added four. The Panthers trailed 22-19 at halftime but limited the Lancers to four points in the third quarter for a and just 10 in the second half overall to earn the victory.

Masuk was within a point at 26-25 heading to the fourth and outscored the Lancers 12-6 in the final stanza. Ventresca and Bajda both scored four points in the final quarter with all of Ventresca’s coming from the foul line.