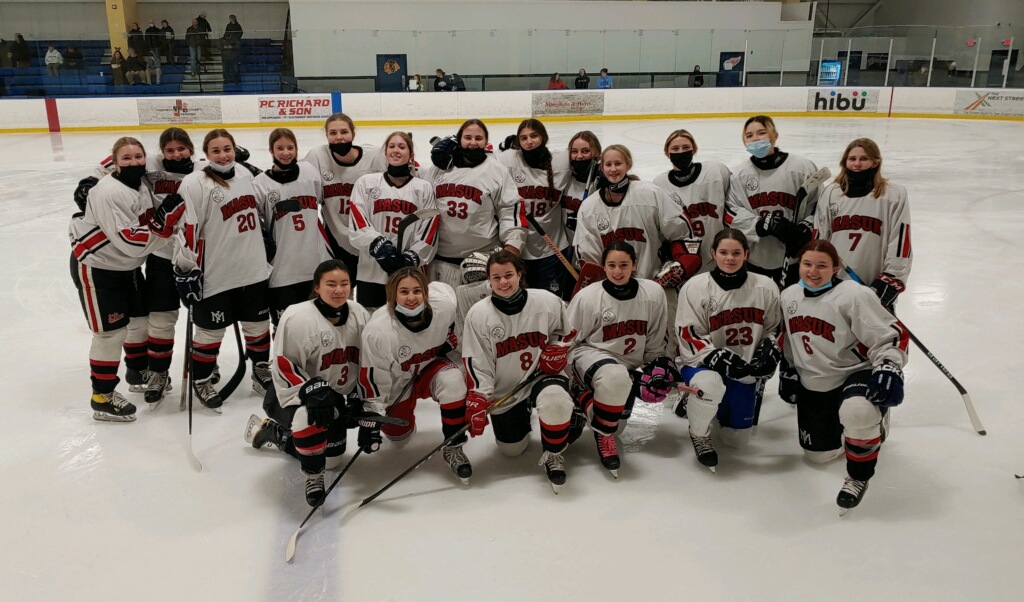 MONROE, CT – Led by a new head coach, student athletes from eight schools are coming together to take to the ice as part of the Masuk High-led girls’ co-op hockey team this winter.

Ally D’Aurio, who took over as the program’s head coach, and her assistant coaches, Emily Rowland and Nick Carloto, are still working out the kinks to make the Panthers a cohesive unit, but they’ve been competitive so far. 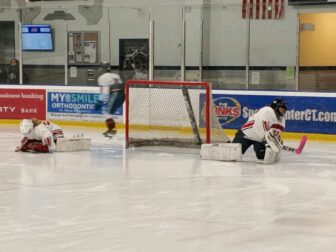 The Panthers lost a close 4-3 decision to Hamden Friday after coming off a tough 4-3 overtime loss to Trumbull High School in their season opener.

This co-op program uses the Masuk mascot name, but the Panthers have strong representation from other schools, some of which are traditionally conference rivals. Joel Barlow, Newtown, Notre Dame-Fairfield, Weston, New Milford, Lauralton Hall and Shelton all have at least one player in the lineup.

D’Aurio graduated from Notre Dame in 2016 and played for a different Notre Dame co-op team before coaching a Milford-led co-op that Notre Dame was a part of last winter.

The Panthers are looking to build chemistry and D’Aurio is hopeful it translates into success on the ice.

Home games take place at the Rinks at Shelton.