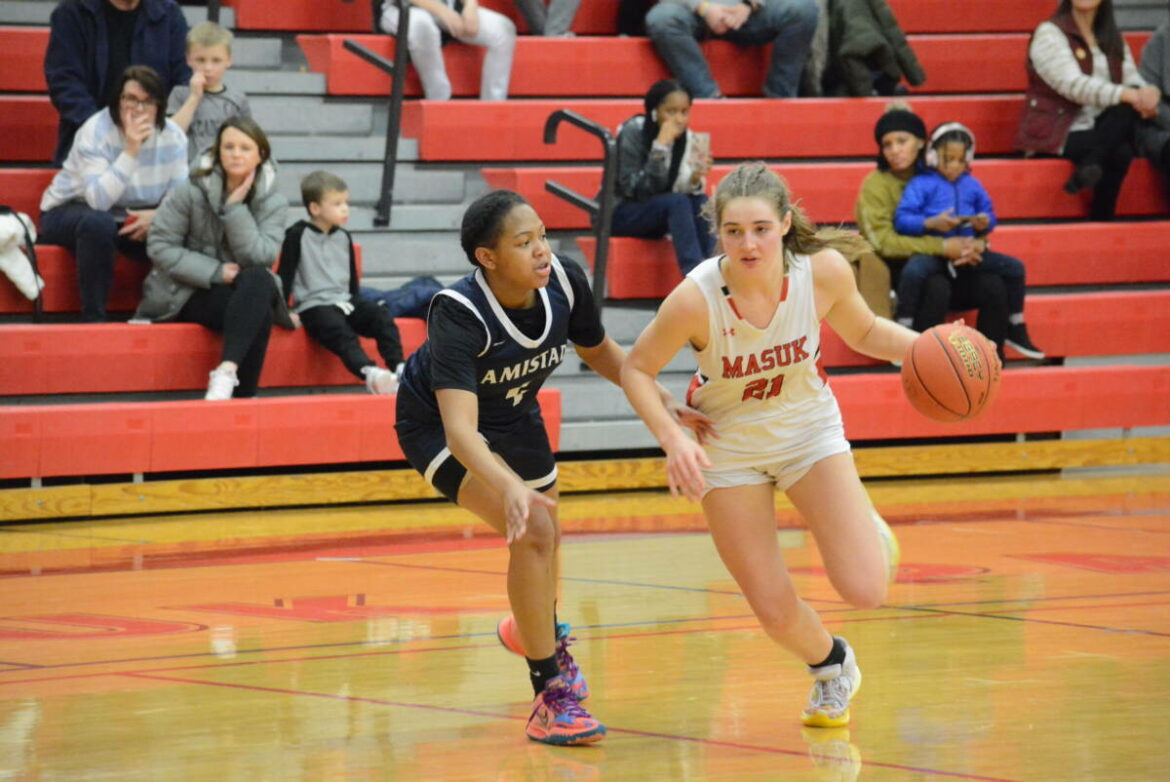 MONROE, CT — The Masuk High girls basketball team won its third straight game with a 43-28 victory over visiting Amistad on Tuesday. Masuk was coming off a 58-34 win at Joel Barlow the night before; the Panthers defeated Stratford 56-39 at home on Jan. 5.

In the most recent win, Amistad cut a 12-point deficit down to two points at the half, trailing 24-22 at the break. It was 32-28 Masuk after three periods of play and the Panthers tightened up the defense to shut out their opponents in the fourth. 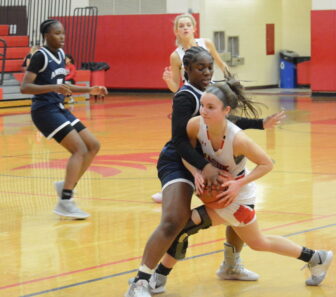 Lauren Breyon battles with a defender for control of the ball.

Amistad scored four in the first and erupted for 18 points in the second quarter before being limited to just two field goals and a pair of free throws in the second half.

Hannah Fagan scored down low for a 34-28 lead. Bailey Bajda added three free throws and Grace Kierney drove to the hoop to extend the lead to 11 and all but put the game away with 1:50 to go.

Fagan and Bajda each scored 13 points to lead the way. Natalie Lieto scored six, Lauren Breyon had five, Grace Kierney four and Sami Dube tacked on two in the win.

In the Barlow game, Masuk led 26-19 at halftime. Bajda led the Panthers with 18 points, Breyon had 15 — all coming on a handful of 3-pointers — and Lieto scored eight.

“I think they’re adapting well. They’re adjusting well,” said Masuk Coach Dan Young, adding that the Panthers are working on figuring out who they are, mixing and matching up-tempo and half-court plays as they sort things out.