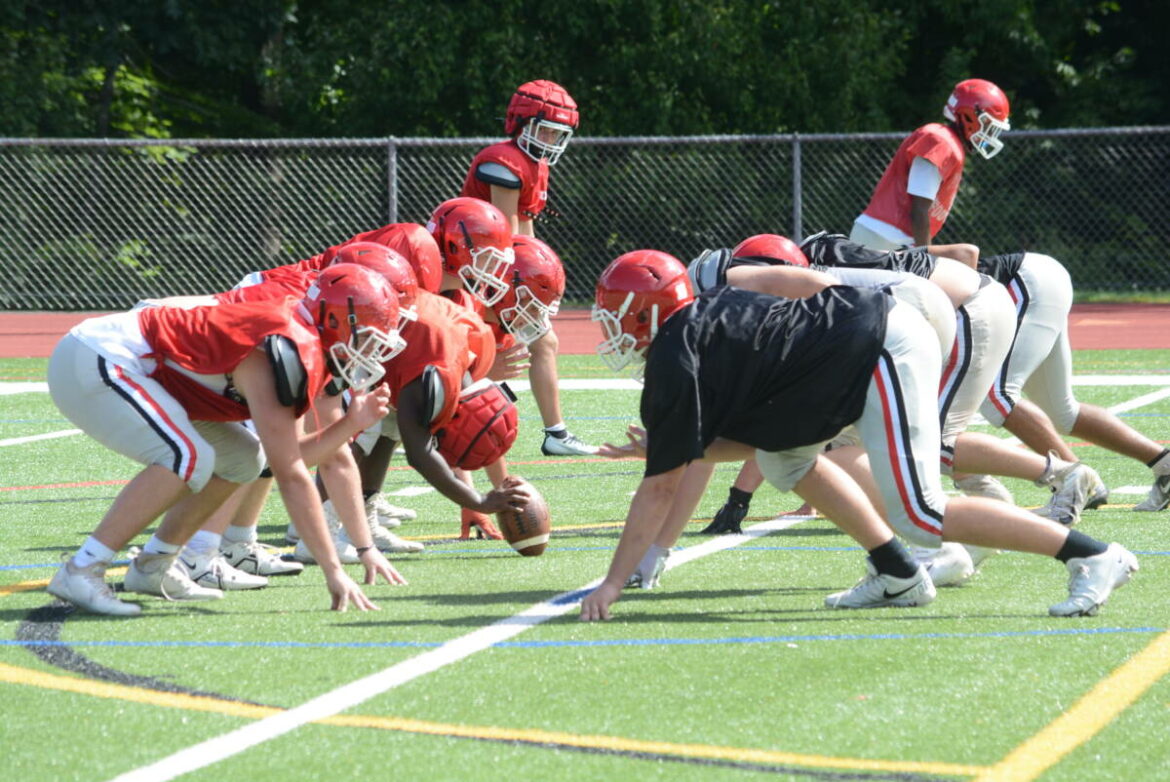 MONROE, CT — As week one for football unfolds on Friday night, Sept. 9, Masuk High’s sideline should have a few more dirty uniforms than in the past. Well, if teams still played on natural grass that would be the case.

But very much like football days gone by, the current era of turf gridiron battlers will feature a two-platoon system in which almost everybody in the lineup has a single position — on offense or defense, not both, which has been the trend on football fields pretty much across the high school board. 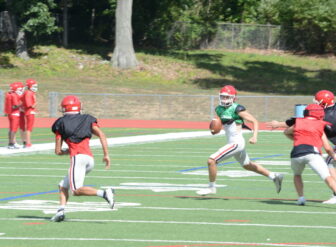 Masuk quarterback Dylan Jackson rolls out, while looking to connect with a receiver. The team captain will guide the Panthers’ offense this year.

“We’re going old school Masuk,” Coach Steve Christy said during preseason. “It gives way more kids an opportunity to play. It allows them to embrace their craft and get good at their craft.”

Christy anticipates that only one player, receiver/ defensive back Ryan Fedeli, will play both ways. Fideli is a captain, along with quarterback Dylan Jackson, offensive lineman Aiden Clausen, safety Kyle Beckett and receiver Deven Laroche.

So why the change in roster strategy?

“Numbers are back. Winning does that. People are getting excited about Masuk football again,” Christy said.

With 35 freshmen coming out and more than 50 rostered participants, the program has its biggest number of participants in years, the coach added.

“The goal is to get guys coming back out and getting them involved,” Associate Head Coach Eric Giordano said.

Giordano, who graduated from Masuk in 1997, said the Panthers have had as many as about 75 players in the program and are headed back in that direction. He credits Christy for helping make it a positive experience to compete for the Panthers.

“Coach Christy brings energy every single day. The kids feed off it, the coaches feed off it and success follows,” Giordano added.

Christy said a strength of the team is the positive attitudes and work ethic among the players.

“The seniors from last year helped to develop an unbelievable culture,” Christy said.

He also pointed to this year’s team members and coaching staff for working hard in his absence during the preseason when Christy’s wife, Cathy, passed away.

“The team recognized the situation. The coach needed all of us to come together as he worked through his loss,” Giordano said.

Christy said coaching this team has been essential for him.

He looks forward to some exciting matchups in and out of the South-West Conference, beginning with a week one tilt with neighboring Trumbull out of the FCIAC. The Eagles will visit the Panthers Friday, Sept. 9, at 7 p.m. 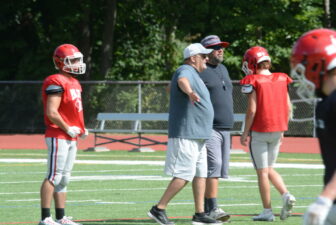 Girodano has been around Masuk football, including more than a dozen years of coaching, since the 1990s and said Masuk has not taken on Trumbull since at least the early 1990s. The Panthers will also face St. Joseph of Trumbull, also an FCIAC school.

“I want to have rivalries,” Christy said of what he likes about being matched up against the Trumbull schools, and looking ahead to clashes with SWC foes Notre Dame-Fairfield and Thanksgiving Eve rival Newtown, among others.

Other home games are against Bunnell, Stratford, and Newtown in a Thursday, Nov. 23, contest at 6 o’clock.