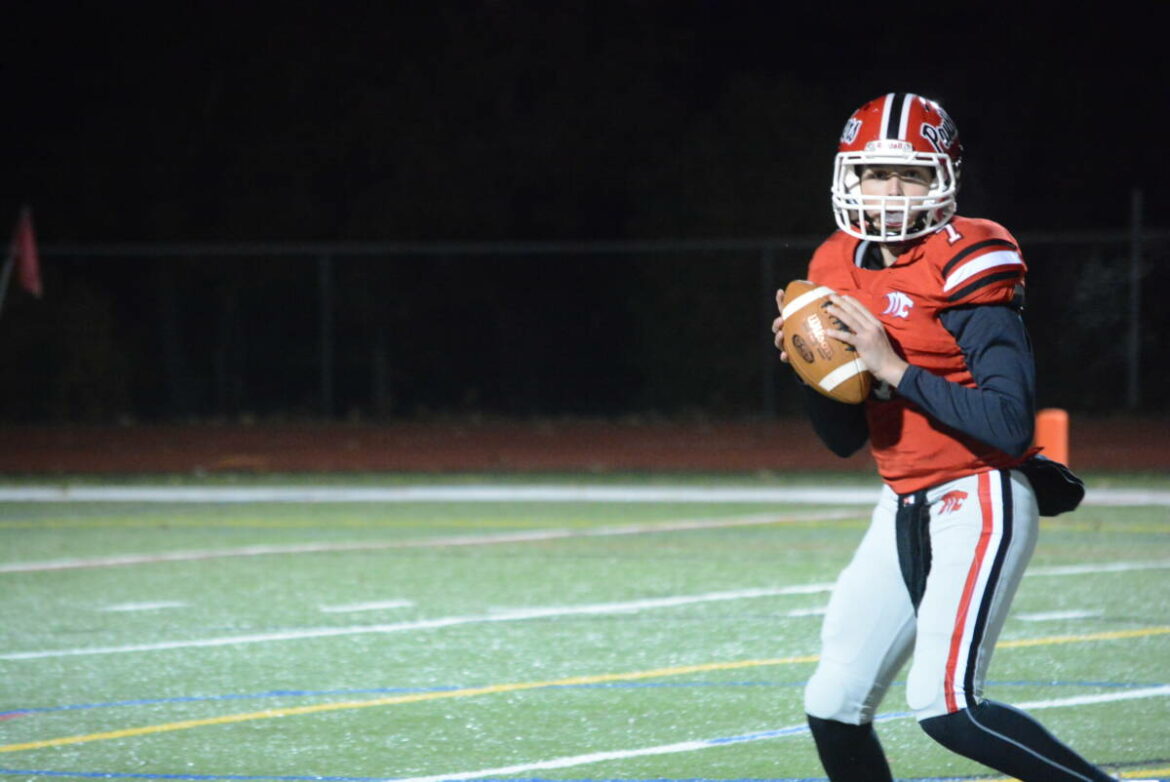 Masuk Panther quarterback Dylan Jackson looks for an open receiver downfield in a game against Joel Barlow High School earlier in the season.

MONROE, CT — No late-game dramatics this time around. The Masuk High Panthers football team, which has made a habit of pulling dramatic wins out of the hat in recent weeks, made things easy on themselves from the get-go in a 48-7 triumph over visiting Bethel on Friday night.

Ryan Saccu returned the opening kickoff 70 yards for a score and the Panthers were off and running.

They built a commanding 35-0 halftime lead. Lukas Shamas had a rushing touchdown and Jake Dellapiano scored on a pair of carries to extend the lead before quarterback Dylan Jackson connected with Justin Briganti for another score.

Early in the second half, Kyle Beckett’s TD helped push the Panthers to a 42-0 lead. Masuk’s last score was a touchdown run by Christian Boutin.

Jackson completed 4 of 5 passes for 151 yards and a pair of touchdowns and Shamas led the Panthers’ ground attack, gaining 132 yards on seven carries.

The Panthers improved to 7-2 heading into the regular-season finale at Newtown on Thanksgiving Eve, Nov. 24, at 6 p.m.