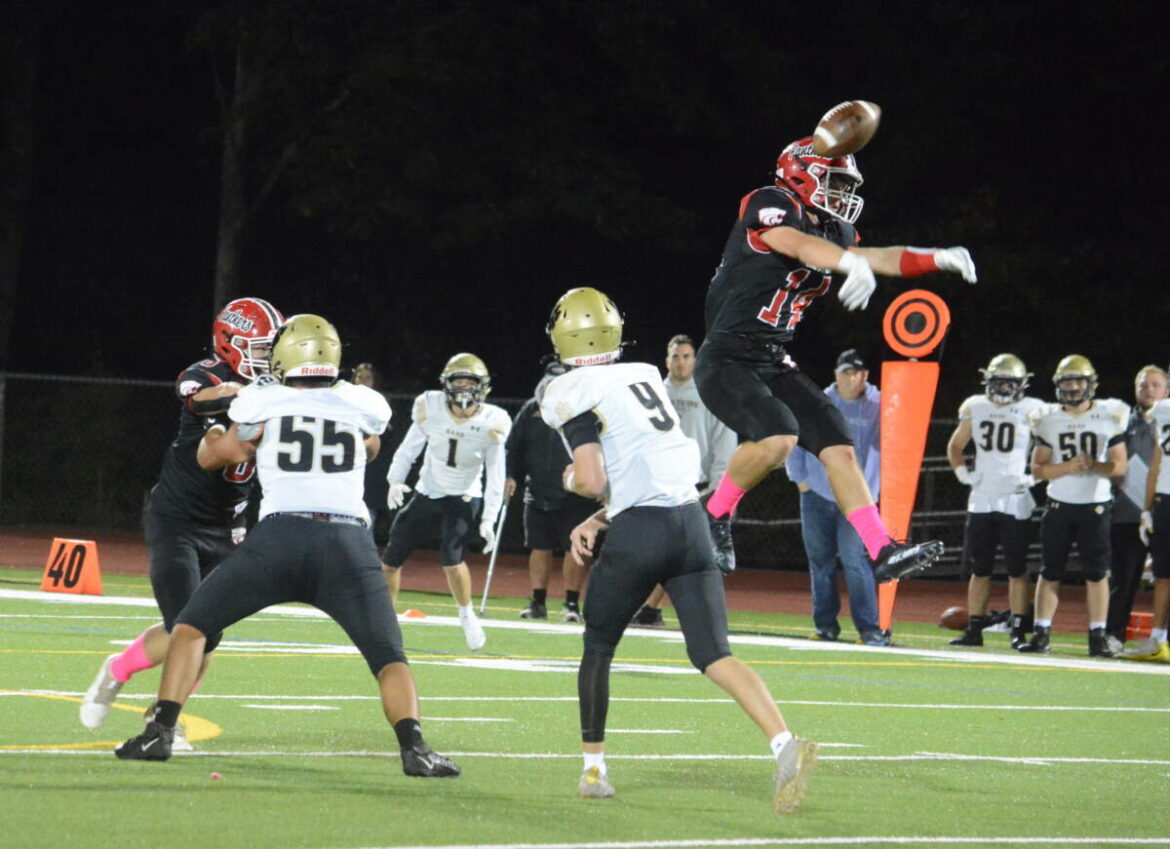 Masuk defender Jason Champagne leaps to bat away a pass at the line of scrimmage.

MONROE, CT — After tearing it up offensively in three wins to start the season, the Masuk High football team had its first taste of defeat in its home opener Friday night, falling 49-21 to Daniel Hand of Madison.

Masuk was coming off a 53-14 win over Hillhouse the week before, and put up 37 and 58 points in its first two games, respectively. 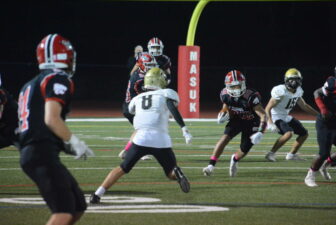 Hand jumped out to an early 8-0 lead, but the Panthers answered. A long run by Jake Dellapiano set up a Lukas Shamas two yard touchdown run and quarterback Nick Saccu ran it in for two points to knot the score at 8-8 heading into the second quarter.

Jason Champagne had a 25 yard kick return to start the first Masuk scoring drive, and Saccu had a fourth down carry to move the chains and keep that possession going.

Hand carried a 22-15 lead into halftime. A 42 yard pass from Saccu to brother Ryan Saccu set up a one yard Shamus TD run in the second quarter. 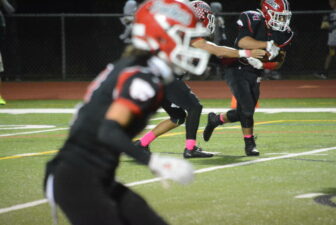 Panthers running back Lukas Shamas takes a handoff on a 2-yard TD run in the first quarter.

Hand pulled away in the third quarter and carried a 36-15 lead into the fourth. A late 44 yard touchdown pass from backup QB Dillon Jackson to Ryan Saccu capped Masuk’s scoring.

The Panthers are off for a week then welcome New Milford to Monroe for an Oct. 15 contest at 7 p.m.