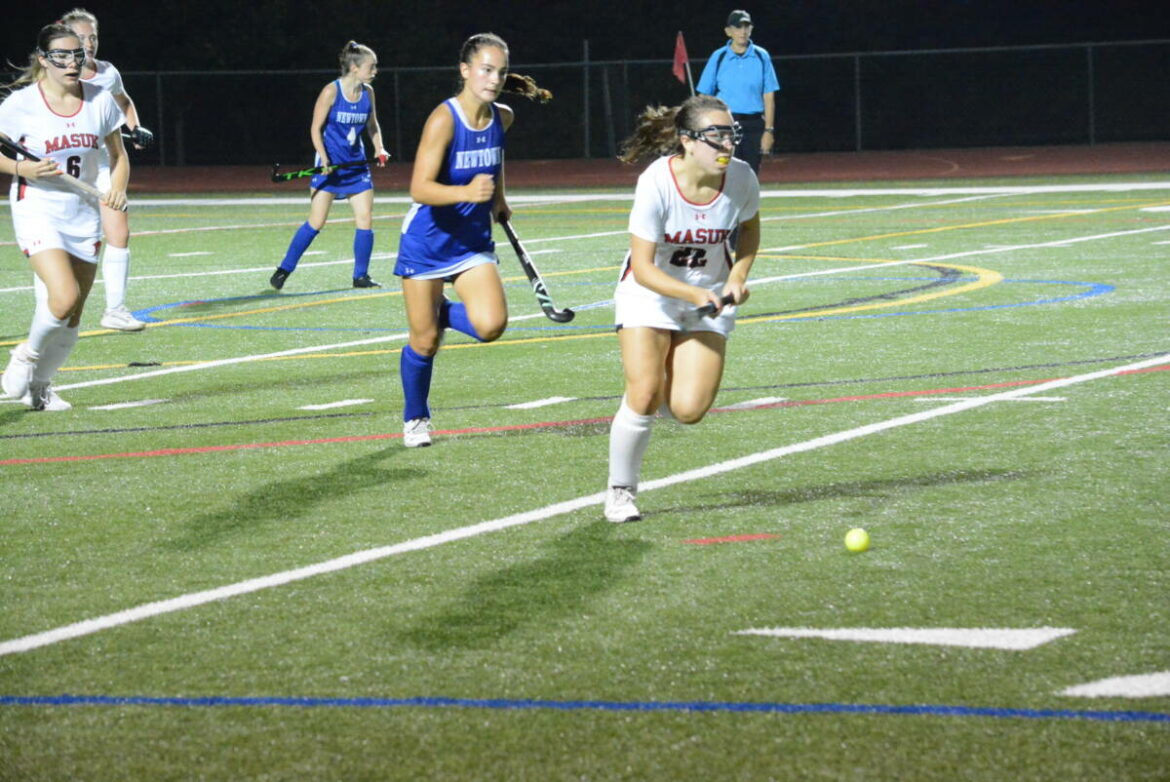 MONROE, CT — It has been a great, high-scoring start for the Masuk High field hockey team. The Panthers crushed Hamden 7-0, Shelton 7-1 and Bethel 9-1 before facing their toughest competition of the year and edging visiting Newtown 3-2 on Wednesday.

In the 3-2 win, all of the goals were scored off penalty corners. Izzy Viglione, Ella Bunovsky and Ellie DeGeorge each found the back of the cage. For DeGeorge, a midfielder, her first varsity goal was a big one as it broke a 2-2 tie with 5:24 to play in the fourth quarter. Molly Halliday, Viglione and Amelia Logan all had assists.

The game was even 1-1 at the half, both goals coming in the second quarter, and Newtown went in front less than a minute into the third quarter. Masuk evened the score less than three minutes into the third. The game remained deadlocked, with Masuk goaltender Valeria Vilca doing her part, until DeGeorge’s heroics.

The Panthers cruised in their first three matchups.

“They have been able to keep up the intensity the whole entire game — mentally and physically,” Masuk Coach Kathleen Foley said of her team’s early success.

Masuk faces a rematch with Newtown on the road Saturday at 4:30 p.m. Pomperaug of Southbury visits Wednesday, Sept. 21, for a battle of the Panthers at 6:45.